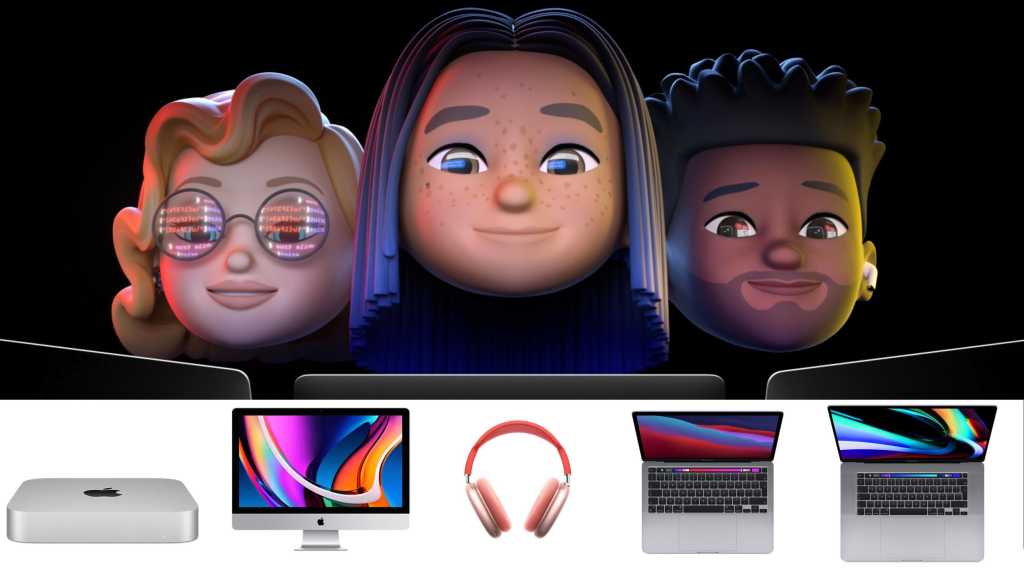 June in the world of Apple fans is an exciting time. It’s a time when what would otherwise be a boring Apple developer conference becomes an opportunity to get a preview of the new features coming to Apple’s iPhones, iPads, Macs, Watches and other devices later in the year, and, more often than not, an opportunity for Apple to get everyone’s attention with a raft of new product announcements.

At last year’s WWDC Apple made the big announcement that it would be transitioning all Macs from Intel processors to its own processors that would be made in house. That transition has already begin, with the MacBook Air, MacBook Pro, Mac mini and iMac all available with Apple’s M1 chip. And that chip, despite appearing in the low end versions of Apple’s Macs has been anything but low end!

That’s the consumer, entry-level Macs all transitioned to Apple’s processor, but what of the more powerful pro-focused Macs like the 16in MacBook Pro and the larger 27in iMac? What about the remaining, Intel-powered 13in MacBook Pro and Mac mini? A pro-focused event like WWDC is an ideal platform for an announcement about these Macs and the successor to the M1. Read: Everything we know about the M1X Chip. 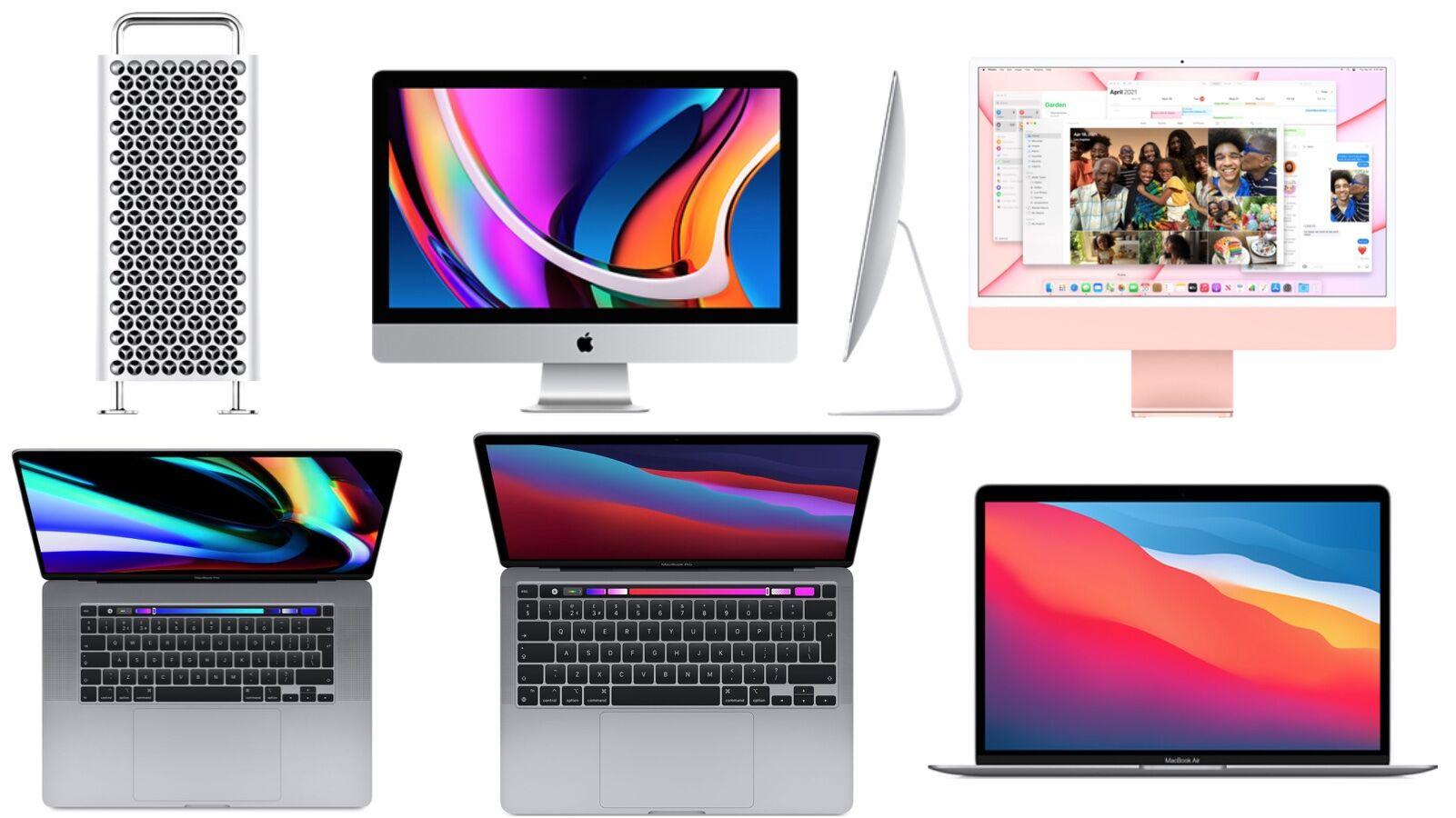 There’s one more thing we are hoping to hear more on, literally. Early in Mac Apple announced plans to turn on Lossless audio on Apple Music in June. The new Spatial Audio feature that has also been announced will work with AirPods Pro and AirPods Max. However, Lossless audio, although available for 75 million Apple Music tracks, you won’t be able to listen to it on any AirPods – not even Pro or Max. Nor will you be able to listen to it on HomePod or HomePod mini.

This is because the lossless format: ALAC (Apple Lossless Audio Codec), doesn’t work with the Bluetooth AAC codec that the AirPods use. You might assume that you could bypass this by plugging the AirPods Max in to a device that supports the format (iPhone, iPad, Mac or Apple TV) but due to conversions happening in the 3.5mm to Lightning cable, it still won’t be truly Lossless.

Apple has said that support for Lossless audio will be added to the HomePod and HomePod mini via a future software update. We imagine that the company is gearing up to announce plans to get Lossless onto its other audio devices, and we expect to see and hear more at WWDC.

So without further adieu. Here’s what we are predicting for June 2021.

[We also have an article that covers everything you need to know about WWDC.]

We know that there will be software announcements at WWDC in June, and there is detail about them in the section below, but we know what you are really interested in is what new hardware might appear…

Apple only updated two of the 13in MacBook Pro models in November 2020. The 2.0GHz MacBook Pro looks set to finally get an Apple processor and with it a brand new design taking the screen to 14in! Read about the new 14in MacBook Pro here. 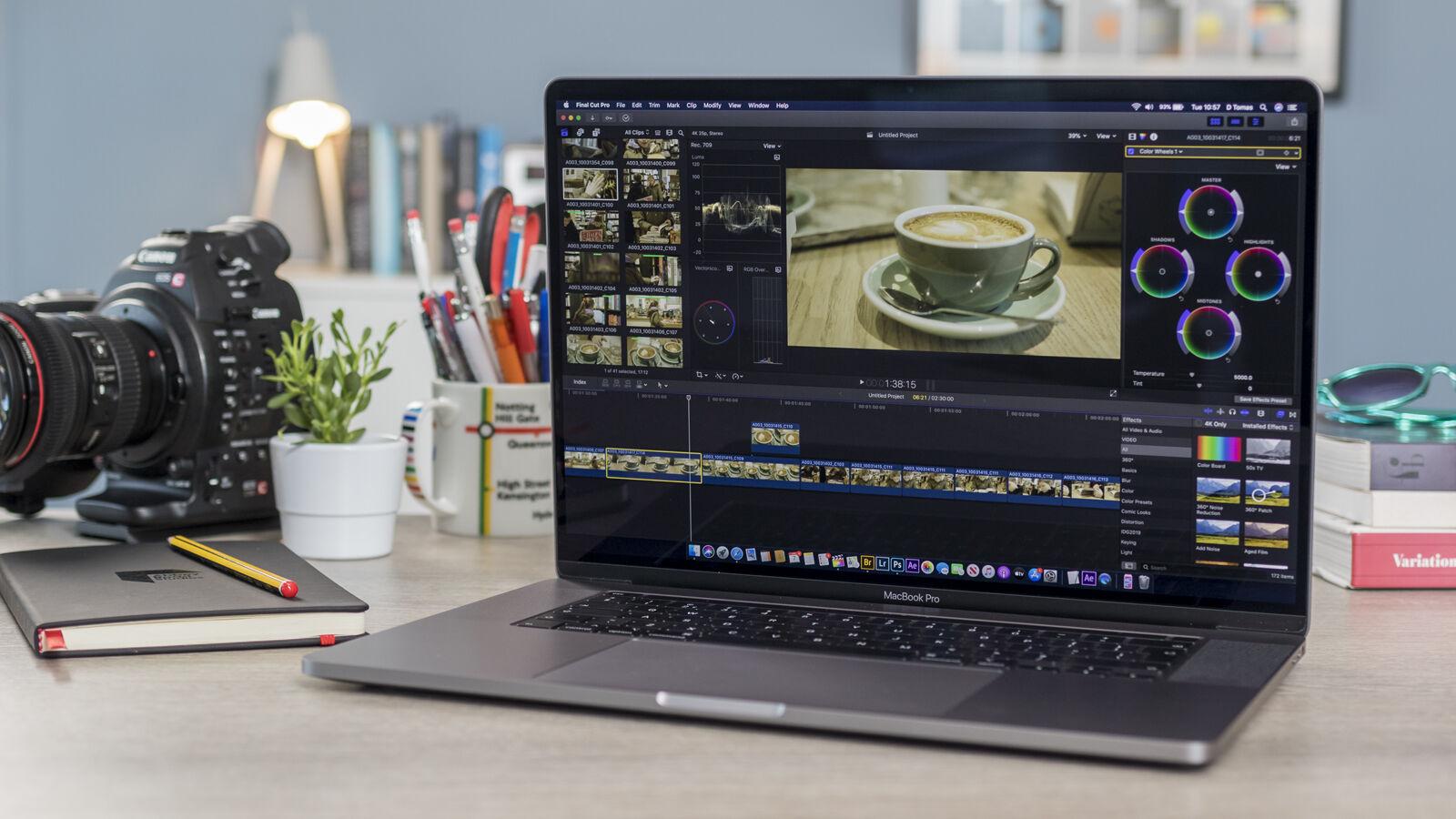 Apple’s update to the Mac mini in November 2020 saw it reduce the price and add the superb M1 to two of the models. A third model was left unchanged. This more expensive Mac mini, which hasn’t been updated since 2018, looks set to get some attention soon. Indications are that there will be a Mac mini Pro with the same M1X processor expected to be seen in the 14in MacBook Pro and 16in MacBook Air, so it wouldn’t be surprising to see it launch at the same time as those new Macs. Read more about the 2021 Mac mini.

We’ve recently seen Apple update the smaller iMac with a great new colour scheme, larger screen, improved FaceTime camera, and the M1 chip. Next up is the larger iMac. It’s likely that the 27in iMac will also gain a larger screen – perhaps 30in or 32in – and colour options seem likely, although maybe not as ‘fun’ as those of the 24in iMac. Read about the 32in iMac in our news round up.

While we aren’t expecting to see Apple release a new Mac Pro at WWDC this could be a good opportunity to discuss the company’s plans for that machine, especially following the demise of the iMac Pro, which Apple discontinued earlier this year. Read about the next Mac Pro in our rumour round up.

As we mentioned above. Apple’s made a big announcement about high-quality audio features on its Apple Music service, only for it to emerge that the AirPods don’t actually support Lossless audio. It seems like a bit of an oversight and we do wonder if Apple jumped the gun somewhat by announcing the update coming to Apple Music before WWDC at which it is possible that we could see updates to the AirPods that will enable support for this hi-res audio format. We hope to hear about new AirPods at WWDC 2021, otherwise, what is the point of adding Lossless to Apple Music?

It’s WWDC on 7 June and as always at WWDC Apple will spend an hour or two in its keynote address presenting the new features coming later this year to iPhones, iPads, Macs, Apple TV, Apple Watch, HomePod, AirPods and every other Apple products. Here’s what you can expect:

One of the best things about owning an iPhone is that every year in the autumn/fall you get to enjoy a bunch of new features when that year’s iOS update lands. WWDC is the first place we get to see what is coming in the next version of iOS and this year will be no different. iOS 15 will offer new features and tweaks to the interface. We discuss what iOS 15 will offer in more detail in our iOS 15 news hub. 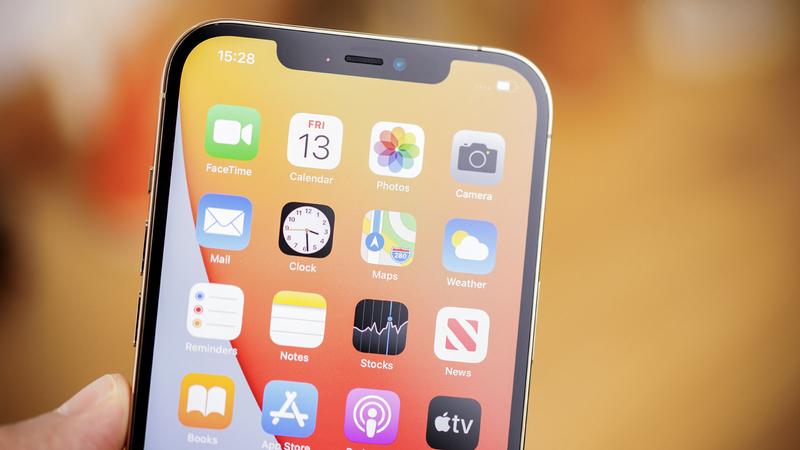 iPadOS usually gains many of the same features as iOS, but it often gains some iPad-specific changes. We’re really hopeful that we will see the iPad start to move closer to the Mac in terms of features – especially now that the M1 chip is in the iPad Pro.

macOS 11 Big Sur and the arrival of the M1 chip in 2020 brought native iOS apps to the Mac for the first time. We expect to see even closer integration of the two operating systems in macOS 12. Another thing we’d like to see is the ability to make iCloud Time Machine backups. We may also see iOS apps like Shortcuts and Health arrive on Mac. Get the latest info in our macOS 12 news hub.

As for the Apple Watch, we expect to see more Health related features and apps. Find out more about the features coming to your Apple Watch in our watchOS 8 news hub. 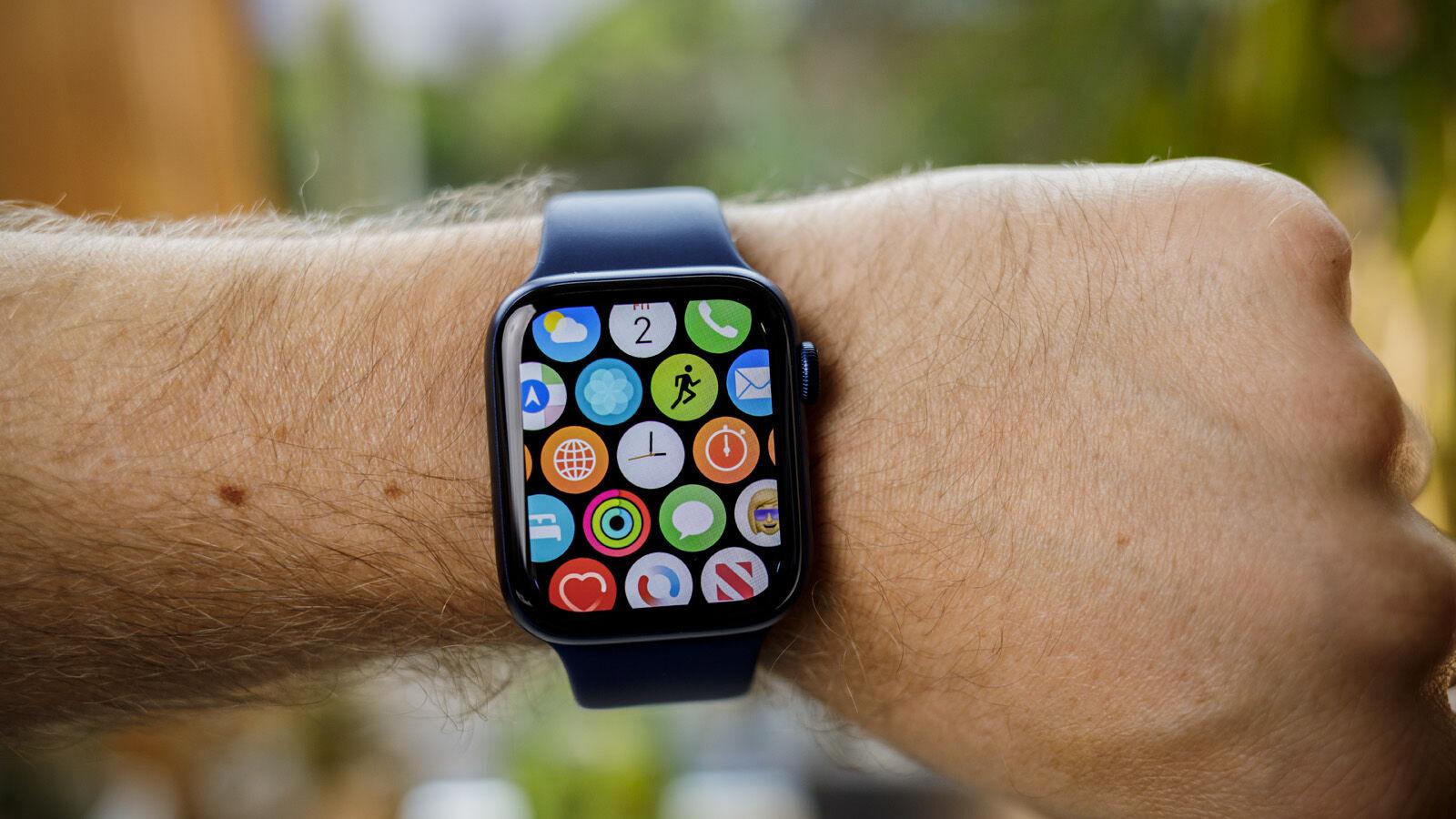 Apple has just launched a new Apple TV, but that was somewhat disappointing. To be honest the whole Apple TV offering is disappointing and confusing and we really hope that Apple straightens things out soon. Hopefully the next version of tvOS will allow it to do that – perhaps simply clarifying what’s free and what isn’t free to the confused subscribers to Apple TV+.

Last but not least, let’s discuss Apple’s range of paid subscription services. We already have TV+, News+, Apple Music, Apple Arcade, Fitness+ and Podcasts+ (which has recently been announced). We may also see Stocks+, Mail+, Maps+ and Health+.