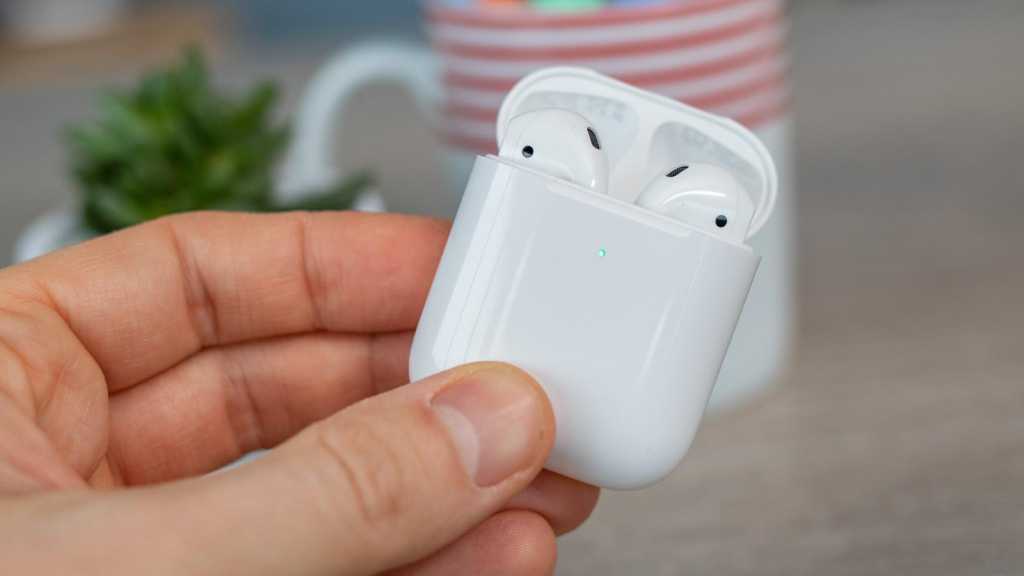 US manufacturer Curv Group is offering a somewhat unusual KeySmart-branded accessory on Amazon:  a leather case for the AirPods 3.

In fact, the product entry has existed since 4 March 2021, suggesting the manufacturer was betting that Apple would launch the next-gen AirPods at its event in late March. After all, there were enough rumours pointing towards the possibility.

The design of the leather case seems to reflect rumoured upgrades, including leaks that suggest an AirPods Pro-esque design with three sets of silicone tips and shorter stems too.

What’s more interesting is that the KeySmart case has a cutout at the lower end, right next to the Lightning connector, possibly for a speaker – it’s already the layout on iPhones and iPads, and it’d make sense for Apple to mimic the layout across its product range.

One can only speculate as to why Apple would want to install speakers on the charging case for AirPods at this stage. It’ll most likely provide similar functionality to Apple Watches or iPhones that play a chime when you lose them, making them easier to find.

Releasing accessories before products are officially available isn’t a new idea either; there were plenty of accessories available for the AirTag as far back as October 2020, and iPhone cases tend to appear months before the phones are revealed too – often based on rumours and leaks.

With rumours mounting that Apple will launch the third-gen AirPods at some point in 2021, it’s likely that we won’t be waiting too long to find out for sure.

This article originally appeared on Macwelt. Translation by Lewis Painter.