Apple fans are starting to come to terms with the disappointment of not getting a new MacBook Pro at WWDC 2021 earlier this week. But some eagle-eyed detective work suggests that the company either planned at one point to announce the machine at the event, or wanted to attract those searching for news about it.

The YouTuber Max Balzer (reported by MacRumors) noticed that Apple tagged the phrase “M1X MacBook Pro” on its YouTube video of the WWDC keynote presentation, along with more obvious tags such as “WWDC”, “Apple Special Event”, “Developers” and “Keynote”. 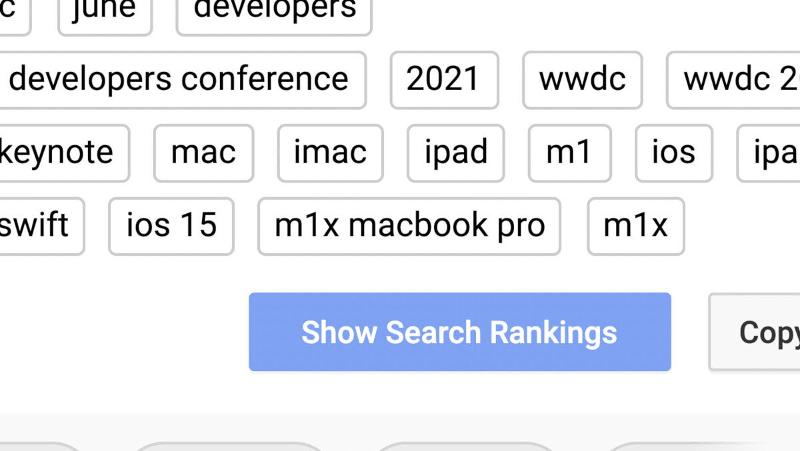 It’s debatable what this means.

One suggestion is that Apple originally intended to launch new MacBooks this week, and changed its plans at the last minute without thinking to update the metadata on its YouTube video. But given that “iMac”, “iPhone” and “iPad Pro” are also tagged on the video, that seems like a stretch.

Apple was never likely to launch all of those devices at WWDC, with the iMac and iPad Pro just updated and the iPhone 13 extremely unlikely to appear until autumn.

It seems more plausible that Apple, in pragmatic fashion, simply decided to tag its video with all the things that people expected to see at WWDC. That way people searching on YouTube for information about new MacBook Pro, iMac or iPhone models would be directed to the WWDC video where they would find the answer to their query. (That answer was no, it turned out.)

The MacBook Pro didn’t make an appearance this week but it’s still a hotly anticipated device that will make its debut before long. The latest reports suggest the new model will be equipped with a more powerful variant of the M1 chip (likely an M1X rather than an M2, if it is unveiled in the next few months) and up to 64GB of RAM.

For all the latest rumours about the upcoming update, visit our new MacBook Pro hub. Or pick up a bargain on the current range with our roundup of the best MacBook Pro deals.