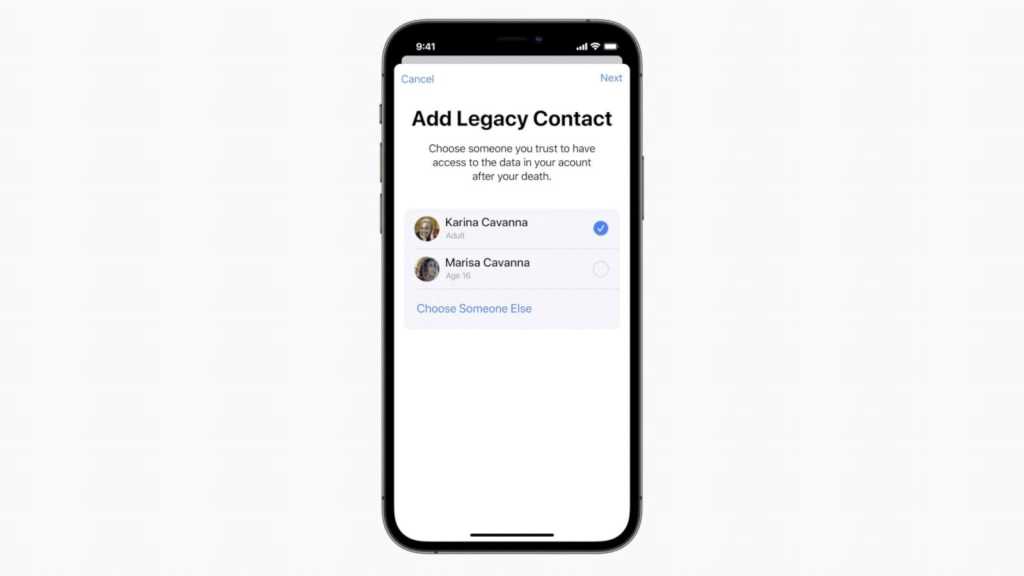 At Monday’s WWDC 2021 event, Apple announced that, as of this autumn’s iOS 15 and macOS Monterey operating system updates, it will be possible to specify who can access your accounts in the event of your death.

The new feature is called Digital Legacy. It makes it much easier for relatives or friends to access the digital photographs and other personal data owned by a loved one who has died, which many people will appreciate.

To set up this feature, the person leaving the legacy must specify which of their contacts are allowed to access their account in the event of their death. These are designated as Legacy Contacts, who will be able to request – and hopefully straightforwardly obtain – access to the account when the legator passes away.

Facebook, Twitter and Google have already introduced similar features, so Apple is far from the first to tackle what is felt to be an increasingly pertinent problem.

In related news, Apple has also announced it will make it possible to specify which people will be able to help access an account in the event of a forgotten password. This feature is called Account Recovery Contacts.