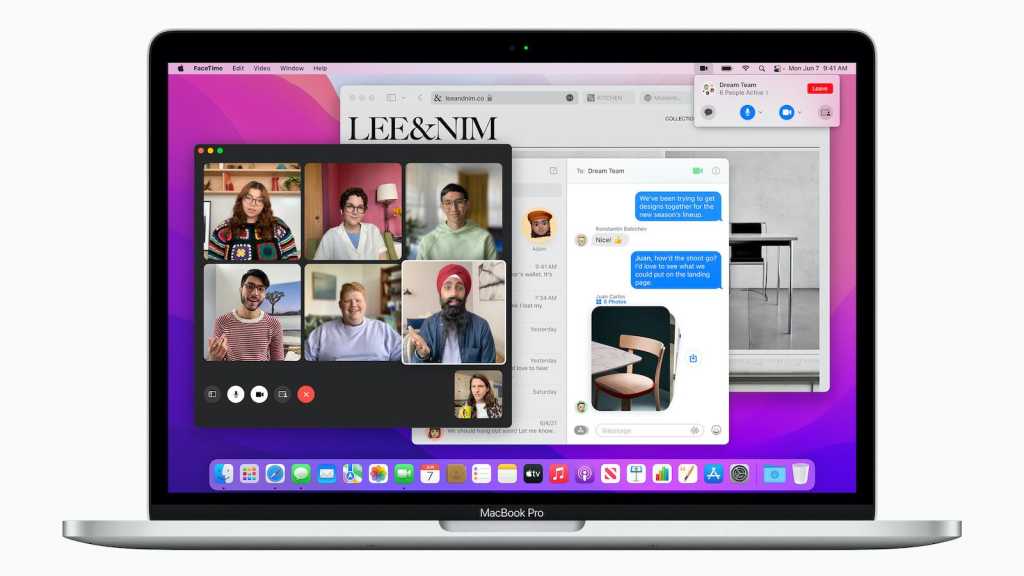 The new features in macOS Monterey sound great, but will your Mac be able to take advantage of them?

If you look at the list of innovations in the Mac operating system that launched on Monday 25 October 2021, you can see that for some an Intel Mac is not enough.

Many of the new features in macOS Monterey – and for that matter the iOS 15 and iPadOS 15 operating systems – require Apple’s Neural Engine. The Neural Engine, which takes on special tasks using artificial intelligence, first arrived with the A12 Bionic in the iPhone XS, XS Max, and XR in 2018, the 2019 iPad Air and iPad mini, the 2020 iPad, and the 2021 Apple TV 4K. It is also a feature of the M1 chip for the Mac.

It’s no surprise therefore, that many of the new features in macOS Monterey are only available for Macs with Apple Silicon. It is a similar situation with iOS 15 offering some features that are limited to iPhones and iPads with an A12 chip or later, as we discuss here: Many iOS 15 features only work on newer iPhones.

This new feature will automatically blur the background for FaceTime calls. It will only be available on the M1 Mac.

It will be disappointing that this feature, which has been popularly requested, is not available on all Macs. It seems that the feature uses the Neural Engine to blur the background.

Updates to the Maps app bring significantly more details such as topography, forests, water also with a three-dimensional image that makes the experience better. These more detailed map images are initially only available in San Francisco, Los Angeles, New York and London.

The detailed 3D representations, and the new interactive globe, which shows details such as mountain ranges, deserts, forests, seas and the like in the Maps app, can also only be viewed with M1 Macs.

The ability to process dictation offline is another new future in macOS Monterey that is missing from Intel Macs, as is the elimination of the 60-second time limit when using dictation. Both features will require a Mac with an M1 chip or later (and a mobile device with A12 or later).

In this case it seems the Neural Engine helps to improve the function so it gets better the more it is used. The function takes place entirely on the device, without sending data to a server anywhere.

If you have an Intel Mac, however, you can not dictate more than 60 seconds at a time.

Some features in Monterey will be available on some Intel Macs, but not on all the models on which macOS Monterey can be installed.

With the spatial sound feature in FaceTime voices can sound as if they are coming from across the room, depending on their placement on the screen.

On a Mac with M1 or later, as well as with built-in speakers, the function works. It also works through AirPods or wired speakers.

If your Mac predates 2018 you won’t be able to experience the feature.

Universal Control wasn’t available at the time that macOS Monterey launched. However the company is now working on developing the feature, and promises that it will launch later in 2021.

Once it arrives Universal Control will let you use the same keyboard and mouse for all the Macs and iPads you are working on. All you have to do to switch devices is move the pointer until it crosses the edge of the screen. The new feature also makes it extremely easy to copy content between devices using drag-and-drop.

Object Capture lets you turn a series of photographs into a 3D object. It’s designed for different types of AR applications. This feature works on all M1 Macs (including M1 Pro and M1 Max).

For Macs with Intel processors, the requirements are tougher. This requires an Intel machine with at least 16GB RAM and at least 4GB of video memory.

The handy recognition of text in images was originally set to only work on M1 Macs. However, Apple seems to have had a change of heart.

As identified in this tweet back in July 2021, the fourth Monterey beta includes Live Text for Intel Macs. And sure enough when Monterey launched the feature was included for Intel Macs.

Sounds like Apple prioritized it based on demand, but it was made much easier by the lack of real-time requirements for a camera system

(So instead of kicking it to the ANE, it’ll just process opportunistically) pic.twitter.com/vM5Nd7TGh8

This article originally appeared on Macwelt. Updated with additional reporting from Macworld Sweden.