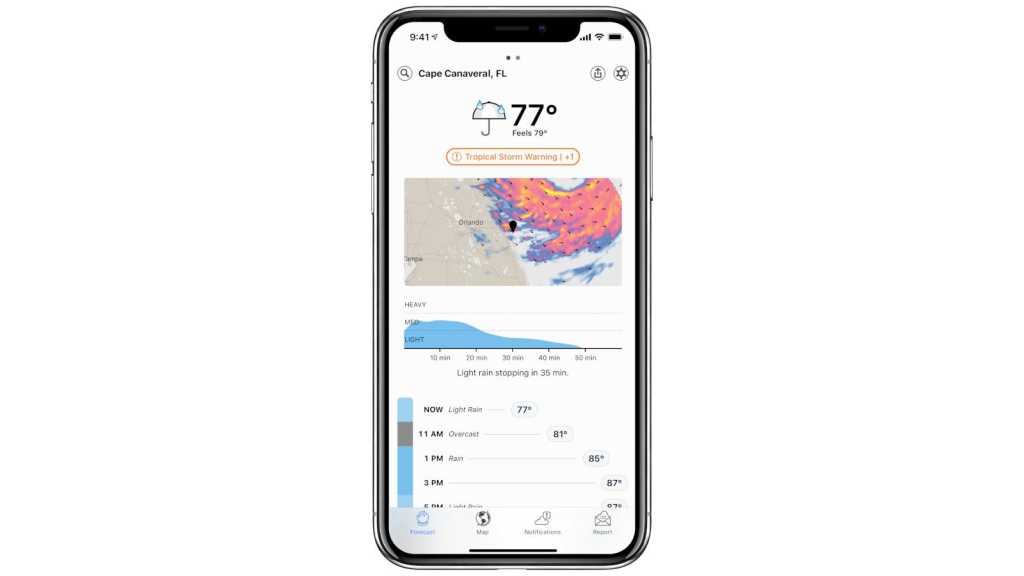 In March 2020, Apple acquired the popular weather app Dark Sky. In July of the same year, it shut down the Android version, and the service’s website stopped showing forecasts.

The original plan was that the iOS version would in turn be shut down at the end of this year, with Dark Sky’s tech and resources rolled into Apple’s own weather-related services. But now 9to5Mac reports that the shutdown has been postponed until the end of 2022.

Dark Sky is known for its detailed local weather reports and has a large fanbase. But the app is also known for its application programming interface (API), which is used by many other third-party apps, including Carrot Weather. For these apps – while they already had the option of seeking another API, and continuing operation that way – the news will come as something of a reprieve.

(Carrot Weather, like Dark Sky, has a lot of fans, which may have been a minor factor in this decision. Even Apple itself loves Carrot, and gave it a 2021 Apple Design Award this week.)

Many of the features from Dark Sky will be transferred to Apple’s Weather app, but expect it to take some time before that process is complete. Weather is getting some other new features as part of the iOS 15 update this year.

Read our roundup of the best iPhone weather apps for some alternatives to Dark Sky (and Carrot) when the axe does fall.