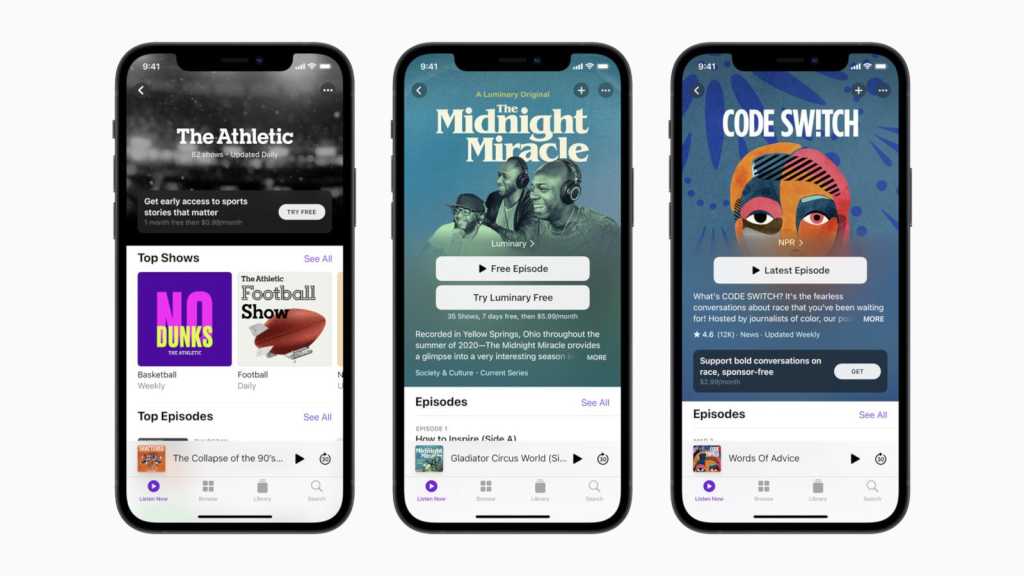 On 15 June – that’s as soon as next Tuesday – Apple will launch Podcasts Subscriptions. This new service make it possible to pay for ad-free and exclusive podcasts in 170 countries and territories around the world.

Apple first announced Subscriptions at its Spring Loaded event on 20 April, and said it would become available in May. It later pushed this back to June “to ensure we are delivering the best experience for creators and listeners”, and finally confirmed a date of 15 June in an email to podcasters on Wednesday seen and reported by The Verge.

We already know that members of Apple’s affiliate programme will be reimbursed for links that lead users to subscribe. The compensation level is 50% of the subscription cost. Apple will levy its fee too, of course, which is unsurprising but mildly controversial given that Spotify has since announced that it won’t take a cut of subscription payments.

It’s also known that the Los Angeles Times, Sony Music Entertainment and National Public Radio (NPR) will offer exclusive content via the Podcasts app, and we can probably count on more providers jumping on the bandwagon eventually.