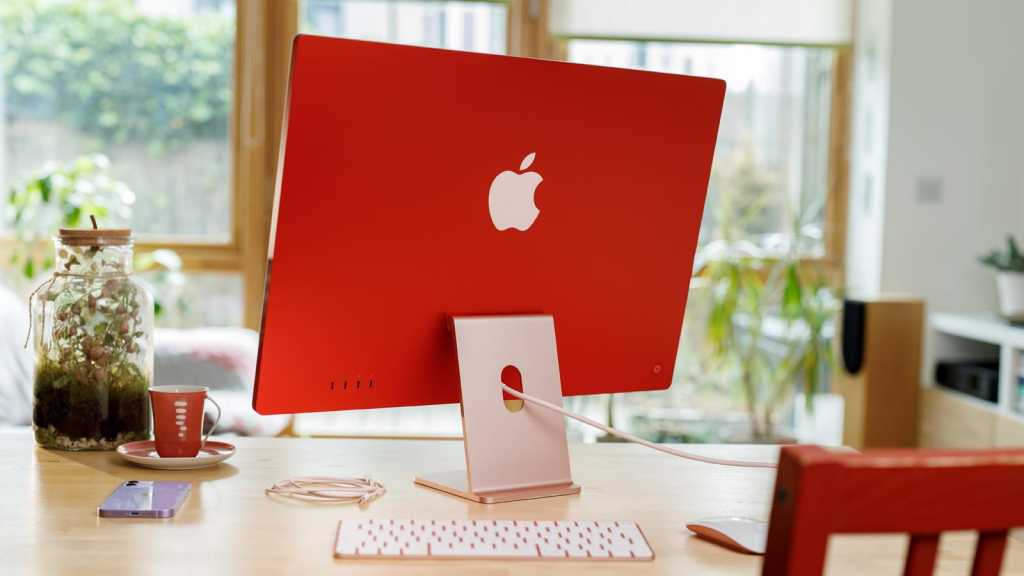 When Apple introduced the 24in iMac in seven different colours problems with delivery times were anticipated. It’s therefore no surprise that Apple is predicting long delivery times for the new iMac.

At the time of writing (5 July) it is impossible to pick up an iMac at an Apple Store and, just as was the case when we checked on 14 June, delivery times are around four weeks. Even longer if you wish to configure your new iMac with extra RAM or storage or if you want to choose certain colours (especially yellow, orange and purple it seems).

With long waits at the Apple Store, which gets preferential treatment when it comes to supply of devices, it is no surprise that some resellers are also experiencing shortages.

For example, KRCS, who has some great deals on the new iMac, are indicating that many of the the 24in iMacs are out of stock, with delivery anticipated between five and eight weeks.

Many companies have sold out of the entry-level 24in iMac models, however there are some units available and at a discount! This is the model Apple sells for £1,249.

If it’s the £1,449 or £1,649 24in iMac you want you might have more luck finding one available, but we aren’t seeing any discounts right now – other than KRCS, but you’ll have a five to eight week wait.

However, we have not only found one stockist that has a 24in iMac available – it is offering a discount!

A few other resellers have stock here in the UK, but they aren’t offering a discount.

Plus  KRCS had been offering even better discounts on the new M1 iMac, starting at £1,186.55 for the entry-level model. KRCS will allow you to order at the discounted price, but you may have a long wait of around five weeks for delivery.

Currys/PC World did have stock of the 8-core CPU, 7-core GPU 24in iMacs when we checked in June, but they are now out of stock.

However, it appears that not all resellers are suffering from low stock.

ao.com promises delivery tomorrow for the 8-core CPU, 7-core GPU 24in iMac in silver. The other colours, and the more expensive 8-core CPU, 8-core GPU models, are not available though.

Amazon also has the entry-level M1 iMac in stock. The 512GB model is listed as ‘temporarily out of stock’ though.

It’s a similar situation in the US. Apple is listing delivery dates as three to four weeks away and neither Walmat nor Amazon has any 24in iMacs in stock.

We have a round up of iMac deals, which will be worth keeping an eye on if you want to get a discount when they are back in stock. You may also find our where to buy the iMac article helpful.

Why does delivery take so long?

Long delivery times are not uncommon for a new Apple product, possibly the worldwide chip shortage and traffic jam in the Suez Canal have played their part in the delays. For a complex product like an iMac, the failure of a single supplier is sufficient to delay production.

Another possibility is that Apple has produced too few iMacs. American buyers are reporting receiving new iMac as Fedex air freight directly from China (Shanghai) – which looks like an emergency solution for such heavy desktops.

Having to wait a few weeks for delivery of a new Apple product isn’t a new thing, but it is becoming an annoying habit at Apple. We hope Apple can increase production of the new iMacs quickly. Maybe Apple has also made it unnecessarily difficult for itself and should have stayed with four or five different colours.

Based on a report that appeared on Macwelt.