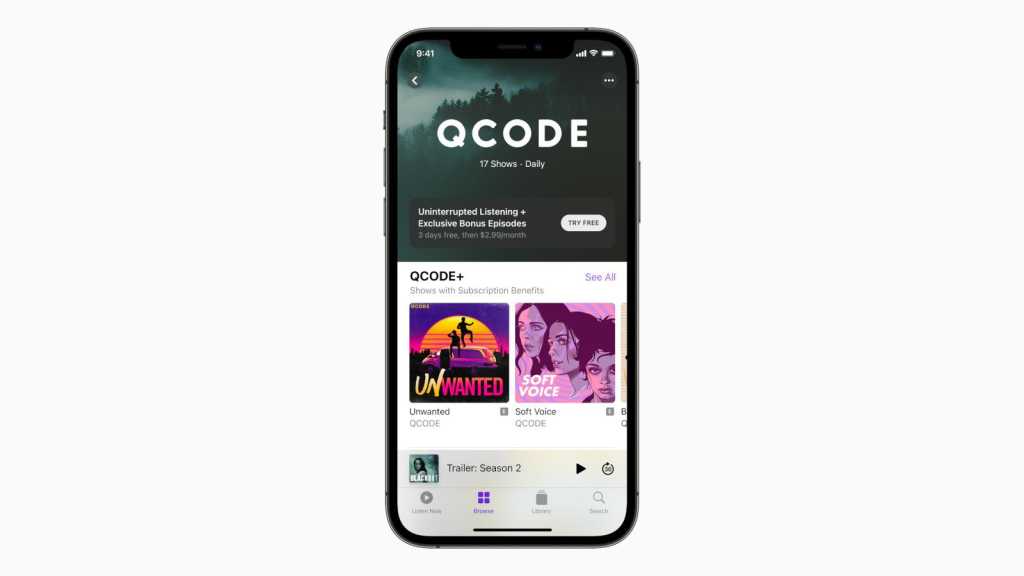 It’s now possible to pay for ad-free and exclusive content in Apple Podcasts, a new feature that was first announced at the Spring Loaded event back on 20 April.

Signing up for a premium subscription could remove adverts from a podcast series, add extra content that’s unavailable to non-paying listeners, or give you early access to new series. Some listeners may also regard the service as a way to support their favourite creators and ensure they can keep on producing podcasts.

Initially, exclusive content from National Public Radio (NPR), the Los Angeles Times, Luminary, Pushkin Industries and QCODE will be available, but we expect many more content providers to jump on the bandwagon in time. Apple says more will launch next week.

According to Apple’s press release, the paid-for podcasts service has been rolled out in 170 countries and territories around the world, including the UK, US and Sweden.

“Listeners can’t get enough of their favourite podcasts and want a simple way to support the extraordinary creators who make them possible,” said Oliver Schusser, Apple’s vice president of Apple Music and Beats.

“Now, listeners can enjoy new content and additional benefits for thousands of new and popular podcasts, alongside millions of free shows, with more arriving every week.”

We already knew that members of Apple’s affiliate programme would be offered revenue share for links that lead users to subscribe. The fee they receive is 50% of the subscription cost.