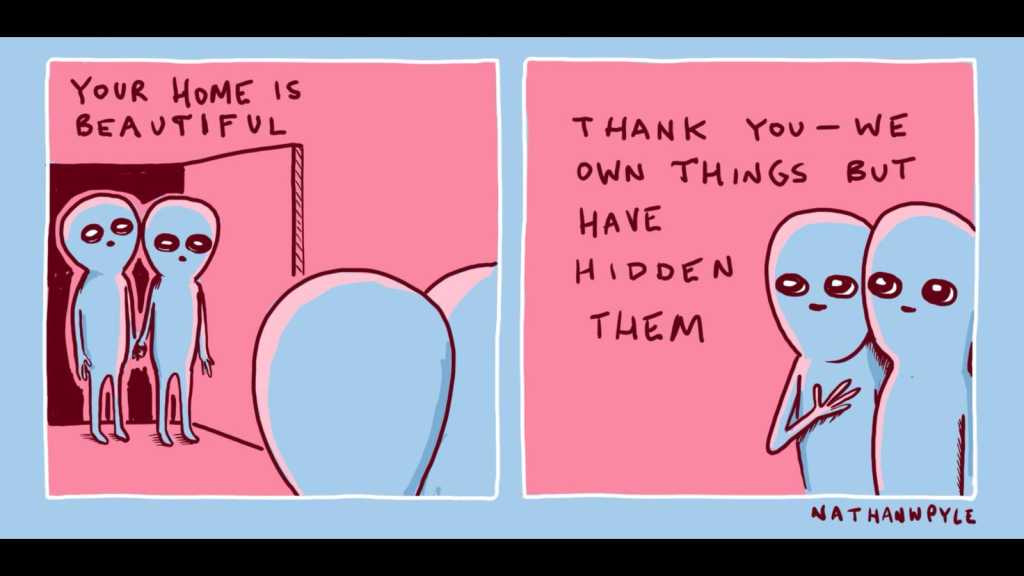 Apple’s TV+ streaming service has acquired the rights to Strange Planet. The hugely popular web comic, written and drawn by Nathan Pyle, subtly explores how things we take for granted can be made to seem strange when discussed by aliens in detached, clinical language.

The comic has been made into two printed books ( Strange Planet and Stranger Planet) and the strips are frequently shared on social media. Nathan Pyle’s Instagram account has more than six million followers.

Now Strange Planet will be an animated series on Apple TV+, according to the Hollywood Reporter. Apple has commissioned ten episodes to be produced by Nathan Pyle himself, along with Dan Harmon, known as the creator of Rick and Morty and Community. Amalia Levari will join the project as showrunner.

Production will take place at the new Apple Studios, in collaboration with the animation house ShadowMachine (known for BoJack Horseman and Final Space). Pyle’s wife, Taylor Alexy Pyle, is among the executive producers who will work on the project.

Strange Planet will be Apple’s second animated series after Central Park, the second season of which will be released soon. You can see what else is on the streaming service with our guide to What’s on Apple TV+.