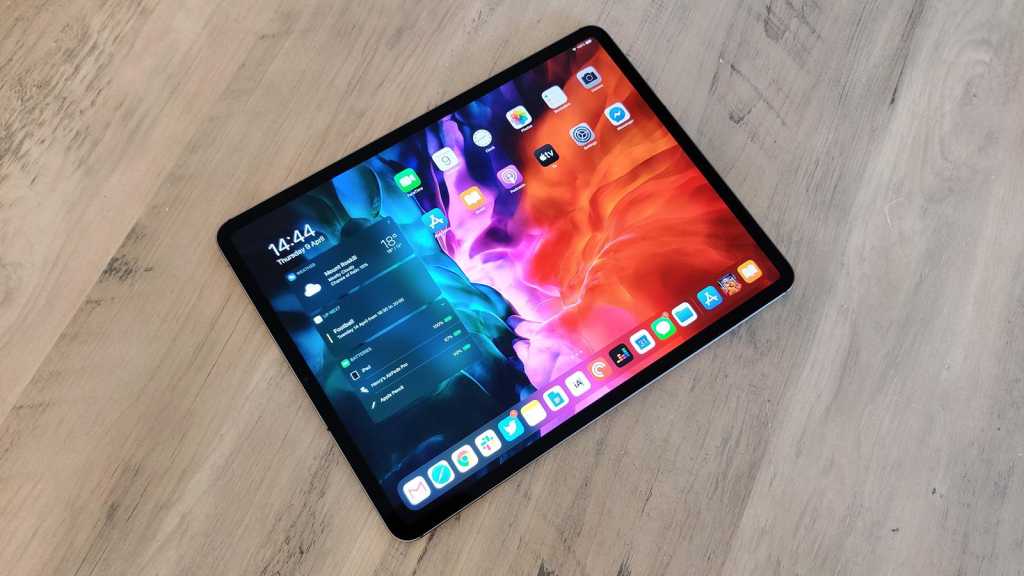 Engineers and designers at Apple are currently exploring the possibility of developing giant iPad models with screens far larger than the current offerings. This is according to a report from Bloomberg, citing anonymous sources.

Mark Gurman, who has an excellent hit rate when it comes to Apple rumours – at time of writing AppleTrack gives him an accuracy rating of 89.1% – discusses in his Power On newsletter the desirability of the iPad moving into the 14in-16in screen range.

“I love the speed, touchscreen, versatility and Magic Keyboard,” he writes, “but the 12.9in display is far too small for someone accustomed to a 16in MacBook Pro.”

Happily, however, Gurman reports that Apple is working on offering a larger screen in its future iPads. And while he acknowledges that it’s possible the project will be aborted before it gets to launch, he expresses optimism that a giant iPad “would be the perfect device for many people, including me, and would continue to blur the lines between tablet and laptop”.

Today’s largest iPad model has a screen of 12.9in. That’s been the ceiling since 2015; while it has steadily increased the screen space offered by its mid-size tablets – 9.7in, 10.2in, 10.5in, 11in – Apple has kept its largest iPad steady at 12.9in while trimming down the chassis around that display.

It has always seemed, in fact, like the company felt that 12.9in was the largest screen a tablet owner could ever want, and that going beyond that point would offer no additional benefits. But this latest development appears to indicate otherwise.

The project is at a very early stage and these models – if they are launched at all – are not expected to appear before 2023. This does not contradict previous rumours that Apple is working on a new design for its iPad Pro in 2022: those models will not get bigger screens.

If you want to buy a new iPad now rather than waiting for these distance updates, make sure you’re getting the lowest price with our best iPad deals roundup.