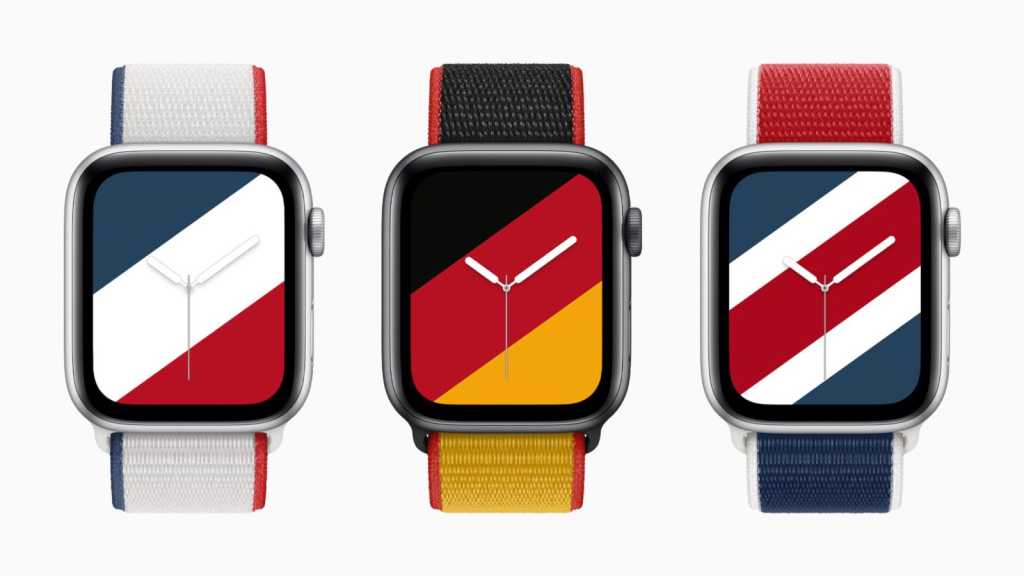 Yesterday, Apple launched its new International Collection for the Apple Watch, a set of colourful new straps based on the flags of 22 countries.

One might guess that the timing of the announcement is related to the Olympic Games in Tokyo, which starts in a few weeks. But Apple does not make the connection explicitly in its press release; perhaps wisely, given the International Olympics Committee’s reputation for strenuously protecting sponsors’ rights.

The bracelets are of the Sport Loop type. Here are the 22 countries you can choose from:

The main image on this article shows, from left, the straps for France, Germany and Great Britain. As well as the strap, there’s a matching watch face in each country’s colours, which you can download using instructions in the product packaging.

Here are the straps for (again from left) New Zealand, Russia and South Africa. 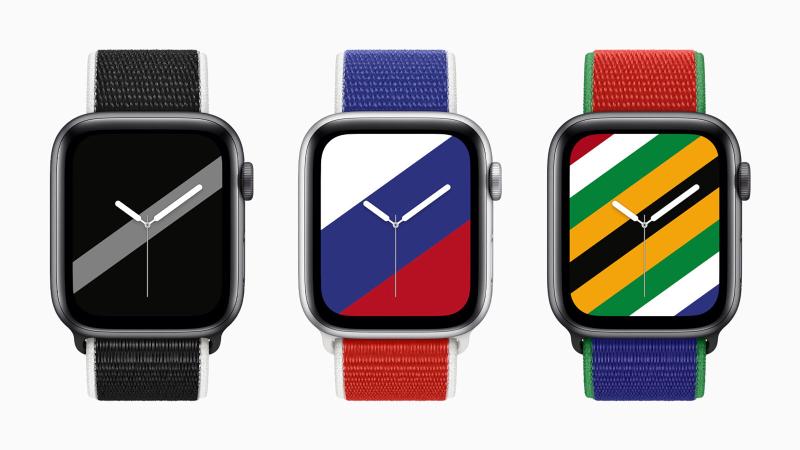 Citizens and fans of certain countries who are disappointed not to see their chosen nation on the list may be able to improvise. Finns, for instance, could choose the Greek strap to get blue and white; those who come from Norway or Iceland might like to choose one of the many red/white/blue options.

The International Collection straps are available in 40mm and 44mm sizes and cost £49/$49 each. You can buy them from the Apple Store right now.

For other options, take a look at our roundup of the best Apple Watch straps.