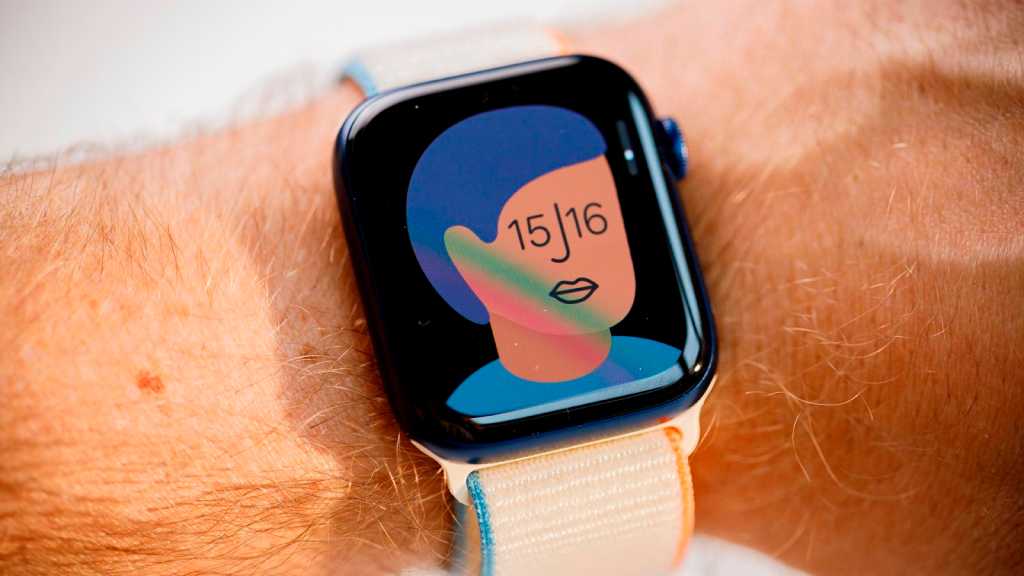 watchOS 8 is coming this autumn and brings a lot of new features to your wrist again, along them are some that are intended to replace everyday objects. This could lead to problems.

Apple has big plans for the Apple Watch this year but these plans might be too big and turn out to be a huge problem afterwards.

In a few months, watchOS 8 will be released with many new features for Apple’s smartwatch. One Apple Watch app getting some attention in watchOS 8 is the Wallet app, and it’s here that we have some concerns.

Since 2015 users have been able to add their debit and credit cards to the Wallet app on the Apple Watch and use them to pay for things simply by double-clicking the button below the Digital Crown, selecting the desired credit card, and tapping to pay at any wireless payment terminal.

Thanks to the ability to link our bank cards to the Wallet app and pay via Apple Pay on the Apple Watch and the iPhone, credit cards are now practically obsolete in physical form. Currently the limit for contactless card payments is £45, but from October 2021 you will be able to pay up to £100 in the UK by tapping your card. Some retailers have the same limit for Apple Pay on your iPhone or Apple Watch, but many more retailers allow you to make much larger payments using Apple Pay: in fact some retailers allow you to pay as much as £10,000 on Apple Pay! You may find that supermarkets like Tescos enforce the smaller limit though.

Further making physical credit cards redundant is the fact that in the past year, having become tied to our homes, many of us have transitioned to shopping from home. So all those transactions that are over £45 are now taking place online or inside an app. Who even needs a physical payment card anymore? (This is no doubt why I always forgot to take mine with me!)

So there is no doubt that the Wallet app has gone a long way to replace the need to carry around a physical wallet. Unsurprisingly Apple’s attention has turned to what else we can carry in the Wallet app.

What’s next for the Wallet app?

It is Apple’s vision to replace the physical wallet, according to Deidre Caldbeck, head of Apple Watch product marketing (speaking to Yahoo Finance).

watchOS 8 will begin this process. Apple says that the in watchOS 8 the Apple Watch will also be able to store digital ID cards, such as an identity card or driver’s license. But that’s not all: Apple also intends that the wallet app will replace keys.

The Apple Watch could become your wallet and key of the future. You would only need your Apple Watch when you leave the house. Sounds good at first, but there is a big but…

As Apple’s VP of technology Kevin Lynch admits: “We’re early on this, obviously.” In this case this Apple is ahead of its time.

The ability to unlock your car with your Apple Watch will require a car equipped with the appropriate near-field communication (NFC) and ultra-wideband technology (UWB). It’s nice that the latest BMW models have this technology on board, but not every Apple Watch user will be able to afford such cars or the Apple Watch Series 6, which is required for this to work at all.

It will be a long time before the average person has a car that supports this technology.

In order to take advantage of functions such as the ability to store ID cards, you first have to live in the right country – e.g the US. You also need to live in a country that actually has Identity Cards (which the UK doesn’t). Even if you do live in the US the new watchOS-8 features will not work nationwide from the beginning – only a few states will support it.

The ability to store a Driving Licence is a similar scenario to the ID cards. It won’t be available everywhere.

A move to digital identity cards and driving licenses is likely to take years in many countries – especially the UK.

We just need to look at the development of the various COVID apps around the world, and now the ability to show that we have been vaccinated, to see that there is a lot of bureaucracy to cut through before these sorts of features can become mainstream.

There are concerns about whether a move to digital ID could increase the number of ID checks online or by authorities, and whether it could make it easier to track people.

Apple highlights that nobody – not even Apple themselves – will be able to track when or where you’ve shown your ID.

In the Yahoo interview Lynch explains that you will be able to see and present your various identity cards via your wallet, just as you can your bank cards. It works in the same way as Apple Pay, he explains: “You can digitally present it, and the information can show up for the person who is looking at your ID. We manage which information is available to which person. Kind of like you do in [the Health app].”

The best example of why it will be a long time before these new features become mainstream is the pick up of Apple Pay.

It’s 2021 and you still can’t pay with Apple Pay in every store – even if the number of those who don’t support this payment method is constantly falling. And as we mentioned above, there are limits to how much you can spend with Apple Pay, here in the UK if you want to spend more than £45 you have to remember to bring your bank card (although at least this is an improvement on the early days where the limit was £30). But due to this limit it isn’t really possible to leave our bank cards at home.

But even if there were no limits to how much we can spend, and if we all have cars that work with digital keys and digital ID and driving licenses, there is still a problem: what happens if our Apple Watch (or for that matter iPhone) has no battery?

Apple does seem to recognise this issue. With the newer iPhones the company is currently working on the energy reserve function, so that even when the battery is extremely low the important modules such as NFC are still available, which should allows unlocking at any rate.

In a world where everything is digitised what would happen in a power cut?