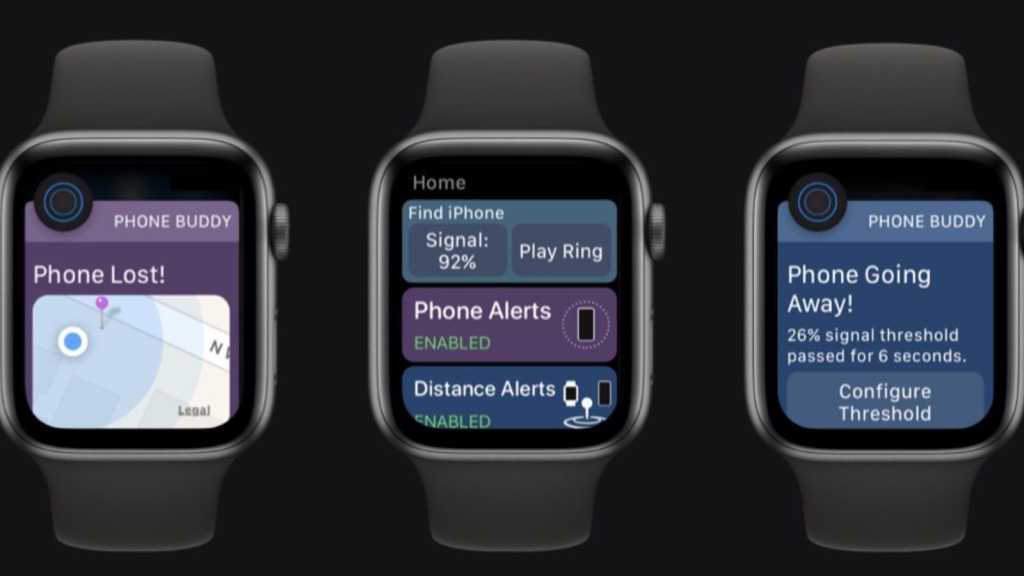 If you wear an Apple Watch and have ever thought how useful it would be if it would alert you if you were about to leave your iPhone behind you’ll be pleased that a new feature coming in iOS 15 will do just that.

We’ll explain how to get your Watch to notify you if you leave your iPhone behind with, or without, iOS 15 in this article.

How to get an alert if you forget your iPhone

The good news is that you don’t have to wait until iOS 15 arrives. There is an app that can warn you if you leave your iPhone behind.

The Phone Buddy app (£4.99/$4.99 in the App Store) relies on monitoring the Bluetooth connection between the iPhone and the Apple Watch. If the signal from the iPhone can no longer be traced, a warning signal will sound on the watch with the message that your iPhone is out of range.

You can install a complication of the app on the face of the Apple Watch.

In our test the app works reliably: we received a loud warning when we had moved down one floor in the stairwell.

At a few meters away on the same floor the app showed a weak Bluetooth signal, but did not warn us.

The sensitivity of the warning can be regulated a in settings on the iPhone. The manufacturer recommends setting the signal strength to 26 percent due to the many walls and other wireless devices that can interfere with the signal.

The app is compatible with the Apple Watch (watchOS 5 or later, Apple Watch Series 2 or later).

How to use iOS 15 and watchOS 8 Separation Alerts

When iOS 15 arrives this September Apple will implement a new “Notify When Left Behind” function in iOS 15 and watchOS 8.

The new system will also alert you if you leave an AirTag or other Apple device behind.

You’ll be able to set it up via the Find My app so that you will be alerted if you move out of range of selected Devices and Items.

Once you have chosen which items you want to be alerted about, and the locations at which you do (or don’t) want to receive alerts.

You can also choose how far away you need to be before you receive the alert.

Once you have set it up you will be alerted once you are more than the set distance from your device. Never forget your iPhone again!

Thanks @Apple @tim_cook this iOS Feature saved my day! pic.twitter.com/FZpIS6eHSP