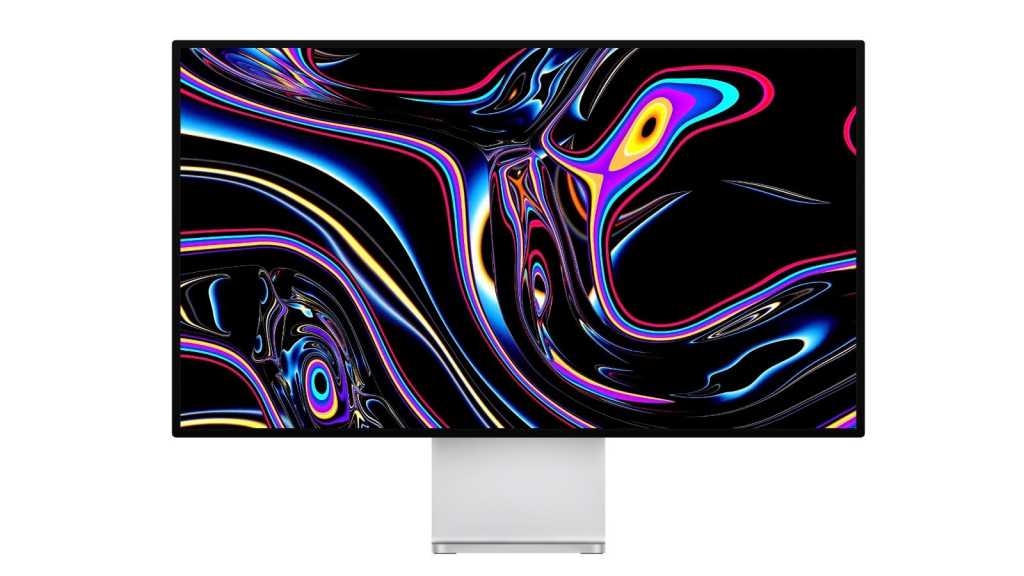 One of the strengths of the new M1 chip is its very powerful graphics card, as a result of which even Apple’s own 6K monitor is supported – not only by the MacBook Pro, but also by the MacBook Air and the Mac mini. These Macs are able to support one extra external monitor (or two in the case of the Mac mini) but the set up hasn’t been without challenges.

Early Adopters of the M1 Mac found that some 4K monitors were recognised by the M1 Macs, but could only be operated at 30Hz, rather than 50Hz or 60Hz. Special resolutions, such as ultra-widescreen, also caused problems, and colour errors and problems were experienced when awakening from sleep mode.

The good news is that most of these problems disappeared with the update to macOS Big Sur 11.2, and even more are to be solved with macOS 11.5, currently in beta.

However, there are still problems with some monitors, especially if you require a monitor with high resolution or unusual formats. Therefore we are setting out the three categories of faults that you should pay attention to before buying a new monitor for your M1 Mac:

The main issue being experienced is with the monitor software – they way that the user controls the functions of the monitor. In some cases it is not even possible use Rosetta to translate the code as it is so deeply built into the system. This problem mainly affects professional users, for example those who require colour calibration.

If you want to find out about the compatibility of a monitor a short search is therefore recommended before buying. However, this is not so easy and, following the release of macOS 11.2, many reports are outdated. So here you have to pay attention to the date of a problem report and try to assess the credibility of the author.

You might assume manufacturers will have listed bugs openly, for example on their support pages. Unfortunately not all manufacturers are so proactive and many are not equipped to deal with requests from Mac users – especially manufacturers such as Acer and AOC who tend to design for Windows users. However, even HP and Samsung failed to provide any information.

Another problem with M1 Macs is the cables used. You can usually connect a modern monitor via USB-C, HDMI or display port. However, for MacBook Air and MacBook Pro, only one USB-C or Thunderbolt 3 port is available. Only the Mac mini offers an additional HDMI port and can hence control two monitors – one via USB-C and HDMI. However, reports indicate that this HDMI port can cause problems, so it may be best to control a monitor via USB-C instead.

Another common problem concerns monitors that can be controlled by RGB signal. M1 Macs seem to automatically use a so-called YPbPr signal or YUV Limited Range. This problem was addressed in the Big Sur 11.2 update.

There are also instructions on how to address this issue, for example by editing the preferences file. We only recommend this method to experienced users though. With an HDR monitor, you could also achieve this by enabling and disabling the function in the Displays section of System Preferences.

What the monitor manufacturers say

Here’s what we have been able to glean from each of the monitor manufacturers:

Benq informs very extensively on his website about compatibility with M1 Macs. Some monitors can only produce 4K at 30Hz. For the models EW2780U, EQ3280U and EX2780Q, the manufacturer has promised new firmware (still to be released), with the PD2720U macOS 11.5 is supposed to solve the problem. Benq has released new versions of Master Element and Display Pilot palette for M1 Macs.

Manufacturer Eizo also discusses compatibility with M1 Macs on its own website. The company outlines problems with colour format and colour profiles that have not yet been completely solved. Eizo, like others, is experiencing an often criticised phenomenon where a YUV limited range signal is transmitted via HDMI instead of an RGB signal – which, according to Eizo, leads to visible banding. This issue was solved for some monitors using macOS Big Sur 11.2, including the ColorEdge range, which can be connected via USB Type-C / DisplayPort, and Monitors with audio input/output but without HDMI input (such as the FlexScan EV2430).

A second issue relates to the colour profile created by the system for the monitor, which could be incorrect for M1 Macs. Eizo models including the Flexscan EV3895 and EV2795 are affected. In the case of the ColorEdge range of monitors you can fix this quickly, because you only have to change the signal from “video” to “PC” in the menu.

Another problem, according to Eizo, concerns portrait mode: If you rotate the display, the resolution decreases. The correct resolution is only displayed in the Monitor system setting if you hold down the Option/Alt key while tapping the Scaled option.

Software such as Color Navigator 7 is already available as an ARM version.

Dell monitors are also affected by problems with M1 Macs and an up-to-date support page lists a lot of information.

For example, the S2721Q, S2721QS and S3221QS models flicker when the devices are connected via USB-C to display port. In this case, Dell recommends connecting the monitors via HDMI – for example, via the HDMI port of the Mac mini or using an USB-C to HDMI adapter.

A software update has also been announced: An M1 version of the Dell Display Manager, a management software, is to be released at the end of September 2021.

One of the monitor manufacturers that also offer Mac software is ViewSonic. The productivity software vTouch has been available for Apple Silicon since the end of April. The vDisplay Manager management software, on the other hand, has not yet been updated, and a release date is also unknown. This also applies to the software Colorbration, a color calibration tool.

While NEC doesn’t outline anything on its website, various reports have indicated that NEC’s 27in EA217U had a problem: it does not show an image on an M1 Mac. We learned from the manufacturer that these problems have been solved since April and all devices of this type were to receive new firmware from May. An update to version 1.0.4 is possible via service. (According to NEC, it is not their monitor that is incompatible, but Apple’s M1 Mac).

A version of the Spectraview monitor software compatible with the M1 has not yet been provided.

LG (who are actually Apple’s supplier) does not provide any information in its support databases. When we requested information via email we were referred to Apple’s Support pages. At least for the 4K and 5K Ultrafine models (which are available in the Apple Store) the software is updated for M1 Macs. However, the LG Screen Manager can only update the firmware, it does not offer any further configuration functions. When buying a monitor with higher resolutions, we recommend looking for user reports.

We recommend choosing a monitor whose manufacturer ensures good Mac compatibility. Therefore, devices from manufacturers such as Eizo, Benq and Dell are recommended.

Read our round up of the best Mac monitors for more information.

We have this guide to software that works with the M1 Mac: Which Apps work with M1 Macs.