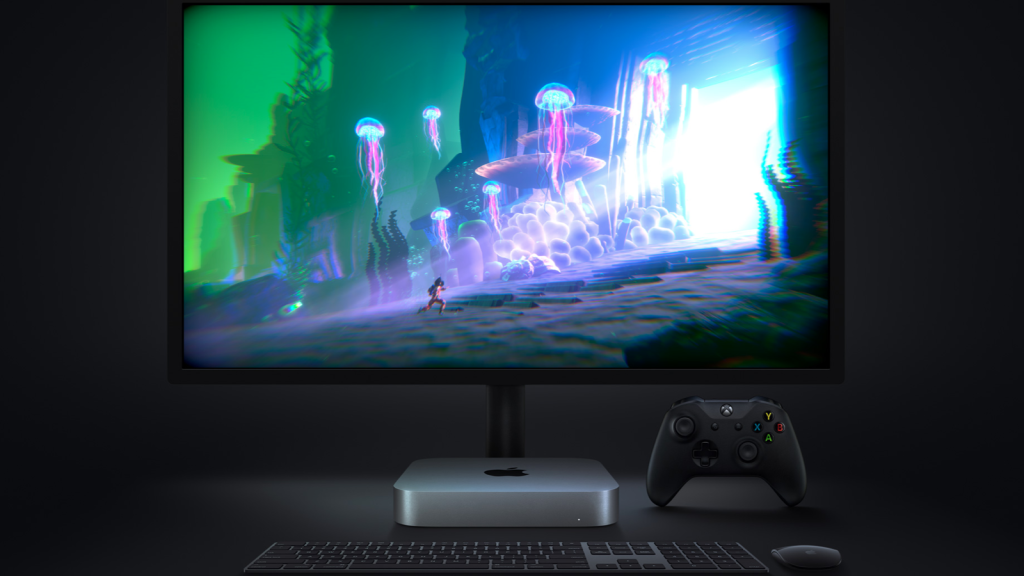 Two high-ranking Apple employees, Vice President of Platform Architecture Tim Millet and Vice President of Worldwide Product Marketing Bob Borchers, have talked about the development of the M1 chip – and its successor – with the editors of Tom’s Hardware.

Apple has a long history of making its own chips. It introduced the A-series chip with the launch of the iPad in April 2010. That iPad featured the 32-bit A4 chip that appeared in the iPhone 4 in June that same year. Then in 2013 Apple took a leap to the 64-bit architecture for its smartphones, leaving the 32-bit processors of the competition in the dust for a few more years. Even now the competition is playing catch up.

The theory that Apple would transition to its own processors for Macs had been rumored for years before Apple eventually announced it in June 2020. The announcement was no surprise, but Apple’s certainty that the new M1 processor would be miles ahead of the competition did raise some eyebrows. Those eyebrows were successfully lowered when the new M1-powered Macs launched and were seen to be just as good as Apple had claimed.

It should be no surprise that Apple’s chips didn’t just match Intel, but beat the competition. This is exactly what Apple set out to do.

As Tim Milet, vice president of platform architecture at Apple told Tom’s Guide: “If somebody else could build a chip that was actually going to deliver better performance inside that enclosure, what’s the point? Why would we switch? And so for my chip architects, that was the target.”

To achieve this it wouldn’t have been enough to put an A-series chip in the Mac, despite the success Apple had seen with these processors. Apple needed something that provided even better performance and endurance. Apple also needed to ensure collaboration between its software and hardware engineers.

In our tests using APSI Bench we have seen that the M1 processor offers outstanding performance over a long period of time. Somehow Apple has succeeded in creating – and something may have been lost in the translation from the original German article here, but we do like the analogy – “an egg-laying woolly milk sow with the M1”.

In addition to performance and endurance, the M1 demonstrates amazing battery life. Talking to Tom’s Guide Apple VP of worldwide product marketing Bob Borchers recalled the first tests in the marketing team when they were allowed to use the new MacBooks. “When we saw that first system and then you sat there and played with it for a few hours and the battery didn’t move, we thought ‘Oh man, that’s a bug, the battery indicator is broken.’”

To this observation Apple CEO Tim Cook is said to have laughed and said: “Nope, that’s the way it’s supposed to be”.

In the wake of the success of the M1 chip hopes are high for the anticipated M1X, expected to arrive inside the MacBook Pro later this year, and the M2 chip said to be coming in early 2022. Millet’s comments about the next generation of M-chips are more cautious, most likely because Apple doesn’t tend to discuss unannounced products. He does however make a comment in the interview that will excite Mac gamers:

“Of course, you can imagine the pride of some of the GPU folks and imagining,’Hey, wouldn’t it be great if it hits a broader set of those really intense gamers’. It’s a natural place for us to be looking, to be working closely with our Metal team and our Developer team. We love the challenge.”

Wondering how a gaming Mac might look? Check out this gaming iMac concept design.

This isn’t the first time Apple has commented on a gaming future for the Mac. At Apple’s State of the Union following WWDC 2020, Apple’s engineers promised that the M processors would allow outstanding games on the Mac. This promise has not been fulfilled yet but Millet’s comment does indicate that work to achieve this is in progress.

If the successor to the M1 does indeed open the Mac up to intensive gamers this will be a huge achievement on Apple’s part. But is it really feasible? Currently Apple’s Macs are ridiculed for their poor graphics performance when it comes to triple A games, and while there are a number of Xbox and PC games that have been ported to the Mac, there are many that are still not running adequately on the M1 chip. Read: Best Mac for Gaming. Plus we have an in-depth look at using a M1 MacBook Pro as a gaming laptop.

If the Mac is to become a gaming machine it will depend on more than Apple’s development skills – the game developers must be willing to make the effort to developing their games for macOS on M-series Macs. Read Best Mac Games.

Apple may have other plans in the gaming space, read: Apple games console rumours.

Also read: Gloomy on the Mac game front – but there is a glimmer of light.

And M1 chip could make Macs good for gaming.

Plus we have an in-depth look at using a M1 MacBook Pro as a gaming laptop.