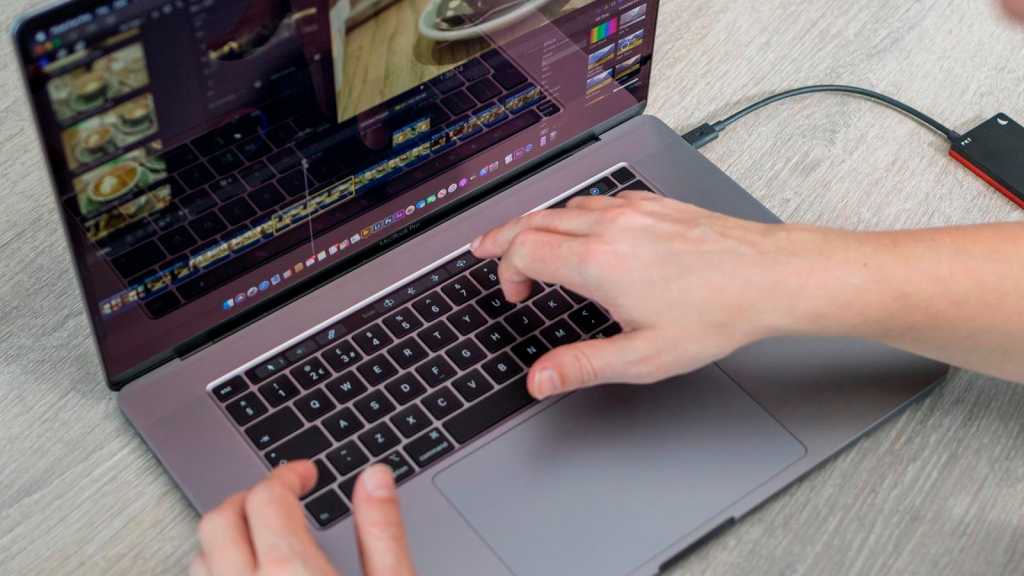 When Apple introduced a new MacBook Pro at the end of 2016 it was even thinner with a new design made possible by a new keyboard with a butterfly mechanism, and an interactive OLED bar that Apple named Touch Bar.

Apple eventually switched from the butterfly mechanism in the keyboards after well publicized problems with dust getting trapped under keys and rendering the whole keyboard inoperable. Apple had to start up a free keyboard replacement service due to the issues. Eventually Apple returned to the previous keyboard design with the 16in MacBook Pro in 2019 and now no Apple MacBook keyboards feature this problematic design. Read about here: MacBook keyboard issues.

Now there are rumours that Apple wants to cancel its other innovation from 2016: the TouchBar is said to be absent from the new MacBook Pro expected to launch this autumn. Read: MagSafe in and Touch Bar out for new iPhone-like MacBook Pro.

The Touch Bar is a bit like Marmite, in that there are people who love it and there are people who hate it. One of the biggest complaints was the lack of a physical escape key, that key being very important to lots of professional Mac users. This issue was addressed with the addition of a physical escape key on the 2020 MacBook Pro. But there are many other reasons why the Touch Bar doesn’t have a huge fan following. It’s therefore no real surprise that indications are that Apple will be bidding it farewell in the next MacBook Pro iteration.

There is one indication that this might not be the case. The Touch Bar was not absent from the M1 MacBook Pro when it launched in October 2020. If Apple had wanted to get rid of the Touch Bar why did it not do so then? The most logical answer to that is the fact that the other MacBook Pro models all have the Touch Bar right now, so it was in keeping with it being a MacBook Pro, rather than just a MacBook. Had Apple removed the Pro essence of the MacBook at the same time as it introduced its new processor that might have made it look like it lacked faith in the capabilities of the M1.

Who uses the Touch Bar?

Our colleagues at Macwelt asked their readers directly if those who have a Mac with the Touch Bar are using the strip.

If you remove those who don’t own a MacBook Pro from the equation that suggests that 74% use the tool, while 26% don’t.

It shouldn’t really be any surprise that the majority of those who own a MacBook Pro with Touch Bar do use the feature, but it is eye-opening to see that a quarter of people who own the Touch Bar equipped MacBook Pro say they don’t use it. This may be because they are using a separate keyboard.

As for what they use the Touch Bar for, according to Macwelt’s poll, 29% said they used it “in text editing programs”, others mentioned controlling volume and brightness. Respondents also mentioned using the tool in Adobe and Office programs as well as in Logic Pro and Ableton. This suggests that everyone uses the tool for different reasons – which is no surprise given the fact that it was designed to be interactive and specific to particular applications and uses.

Our own personal experience with the Touch Bar is that we needed to move our hand too much and look at the keyboard in order to use it, rather than being able to touch type. This was frustrating as it slowed us down. We also found ourselves often trying to tap the screen rather than the Touch Bar – all it served to do was make us wish that the MacBook Pro had a touch screen.

We won’t be sad to see it go, but it seems that with 74% of MacBook Pro users currently using the tool a few people might be disappointed if Apple does indeed remove the Touch Bar from the next generation of MacBook Pro.