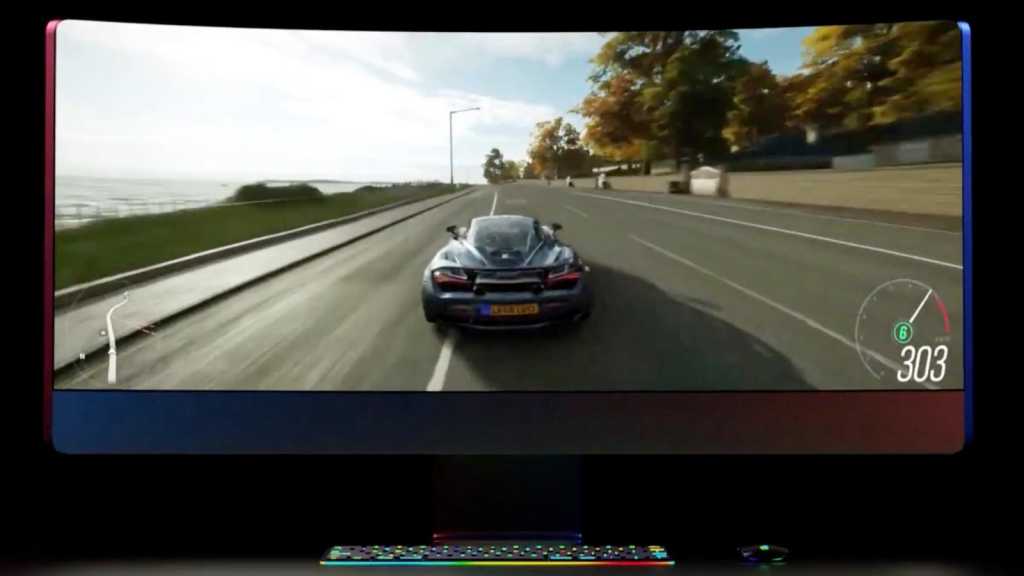 Following rumours that Apple wants to address the needs of gamers with a future M-series chip, a designer has come up with concept art that shows what a gaming iMac could look like.

Thanks to Apple’s expertise in chip design – proven by the powerful M1 Chip – it is possible that Apple will be able to address a whole new target group in the future: gamers. Read Apple VP hints that gamer Mac is coming

Apple has so far focused largely on apps for the iPhone, iPad or Apple TV when it comes to gaming, but gaming on the Mac is becoming more and more popular and the selection of games is growing. Read: Best Games on the Mac. Sure, no Mac can take on a real gaming PC right now, but that doesn’t mean that will never be the case.

All this is made possible by the M1 chip and its further development (Read: M1 chip could make Macs good for gaming). In the future, it might well be conceivable that Triple-A games will also run on a Mac.

Gaming iMac: This is what it could look like

Should this happen, the question arises whether Apple will launch its own gaming Mac specifically for the gaming target group. Unfortunately, there is no answer to this question at the moment, but the Indian artist “Third Cube” has provided a small taste of what such a thing could look like.

In a YouTube video, Third Cube publishes a concept of a gaming iMac. This is significantly larger than a 27in iMac and features a special curved design. Watch his concept below.

For more information read How to play PC games on the Mac and Best Mac for gaming.