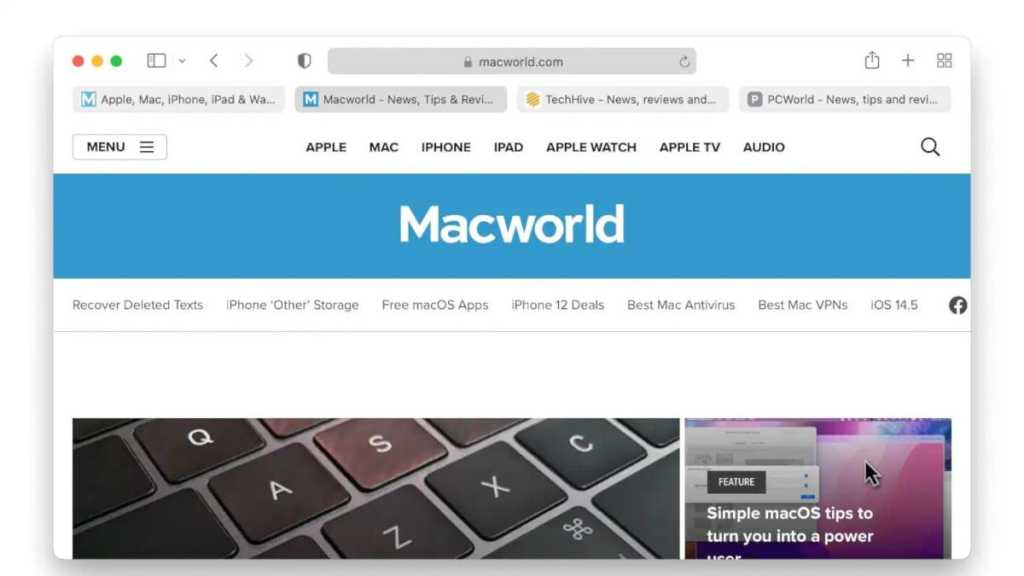 Of all Apple’s announcements at WWDC back in June, the changes to Safari’s interface in iOS 15 and macOS Monterey have undoubtedly proved to be the most controversial. Mac owners complained about the disappearance of tabs into a ‘unified’ top bar, while iPhone users were put off by the address bar’s radical relocation.

Criticism has continued throughout beta testing, and Apple seems to have listened. In the new third betas of iOS 15 and macOS Monterey, several of the changes have been revised or entirely reverted, reports 9to5Mac.

On Mac, the tabs have returned to a separate field below the toolbar. The new Monterey design seen in the first two betas had placed everything in the same bar, which meant you could only have a few tabs open before they shrunk down to a single favicon; it also meant that any tool buttons you added had to compete for space with the tabs.

(For advice on how to navigate the updated version of Safari on Mac, read How to sync Pinned Tabs and Safari settings between Macs.)

Beta 3 also restores the reload/stop loading button to its old position at the far right of the address bar. In the two previous beta versions it was hidden behind an ellipse button containing multiple actions – share, bookmark and so on, as well as reload.

On iOS, the big controversy was caused by the address bar being moved from the top to the bottom of the screen. That in itself seemed to be tolerable, but many beta testers complained that it would suddenly jump to the top of the screen when they tapped in the field. Apple has now changed this: the address bar remains at the bottom of the keyboard until you press OK or select a search suggestion.

It’s worth noting that while Apple has evidently listened to the feedback, the company hasn’t completely given up on its new designs. In Monterey you can still use the unified bar design, 9to5Mac notes, by going to Safari > View > and unticking Show Separate Tab Bar.