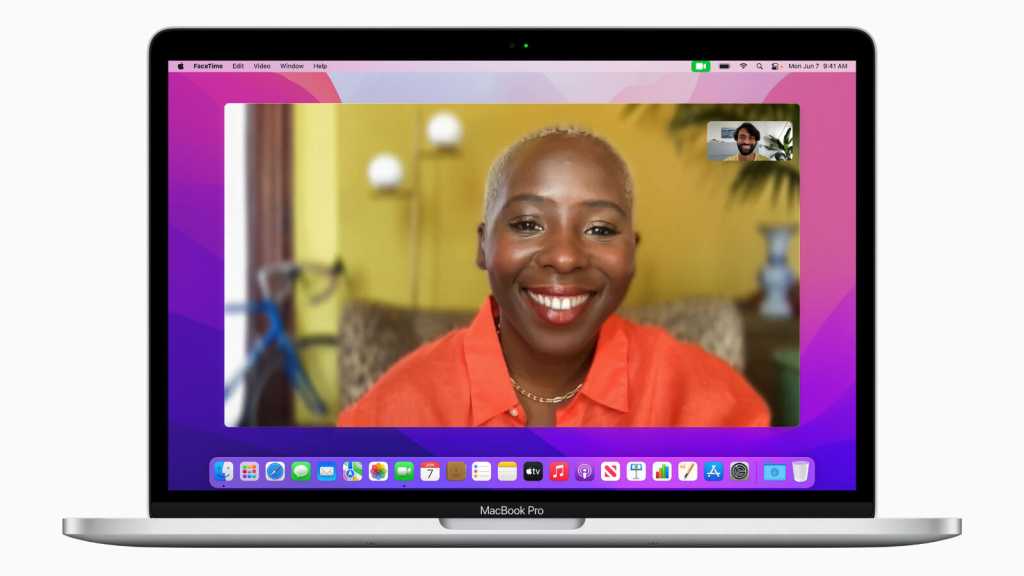 With many of us communicating online rather than face to face, especially for work, news that  Voice Isolation features are coming to FaceTime in macOS Monterey, iPhone 15 and iPadOS 15 will be a godsend.

In the past we’ve seen FaceTime users complain of issues with white noise – for which the recommendation was to reboot the Apple device and, if that didn’t solve the problem, turning off Do Not Disturb might help. But even without problems of white noise in FaceTime there are lots of people wondering if there is a way to stop the person mowing the lawn outside your house from interrupting your FaceTime call.

At the WWDC 2021 event in June 2021 Apple revealed that it would be making drastic improvements to the quality of audio on FaceTime on Mac, iPhone and iPad – at least if you have a chip capable of analyzing the noise (so an M1 in the case of the Mac).

But you don’t have to wait until the new software updates arrive later this year. You can test the new feature out in the beta versions, or try third-party software that does the same thing.

The new FaceTime feature when it does arrive will benefit you and the person you are calling. They will be able to hear you better, and you them, because your voice won’t be drowned out by all the noises around you (assuming you both have the feature).

And if you are worried that this means the sound around you won’t be transmitted to your calling companions, don’t worry, it can be. Perhaps you are part of a band and you want to share your latest live performance with a friend, for example. In that case you will be able to turn on the Wide Spectrum feature.

We’ll discuss the new FaceTime Voice Isolation features coming later this year – and a way in which you can get them now below.

How to reduce background noise in FaceTime now

There is an option for Mac users that is available right now: Krisp. This app works in a similar way to the new FaceTime Voice Isolation feature, analysing your microphone’s input and bringing vocals to the fore while minimising background noises.

The best part is that it not only works with FaceTime but pretty much any communication apps, including Zoom, Microsoft Teams, Google Meet, Slack and hundreds of others. If you’re a light user (less than 240 minutes a week), then the service is free, but for unlimited use it’s only $60 (£45) per year.

Alternatively you could try out the public beta of iOS 15, the beta of Monterey, or the beta of iPadOS and see how the feature works. Read: How to become an Apple Beta tester.

In iOS 15, Apple will introduce Voice Isolation for iPhone. This feature also extends to iPad and Mac, so all calls made on FaceTime will be able to benefit from the software technology Apple has created to analyse the frequencies in the signals it receives from your microphones. With this information, the software then filters out other extraneous noises so that your vocals become crystal clear to recipients.

To achieve this, here’s what you need to do:

In the demo video Apple presented at WWDC we saw a lady chatting to her friend on FaceTime while in the background her daughter was using a leaf blower. After hitting the Voice Isolation button, the audio immediately cleaned up, with the noise from the garden tool silenced. Now, we’re not necessarily convinced that the feature will be as miraculous as the video suggests but are certainly intrigued by what improvements Apple will bring to FaceTime. 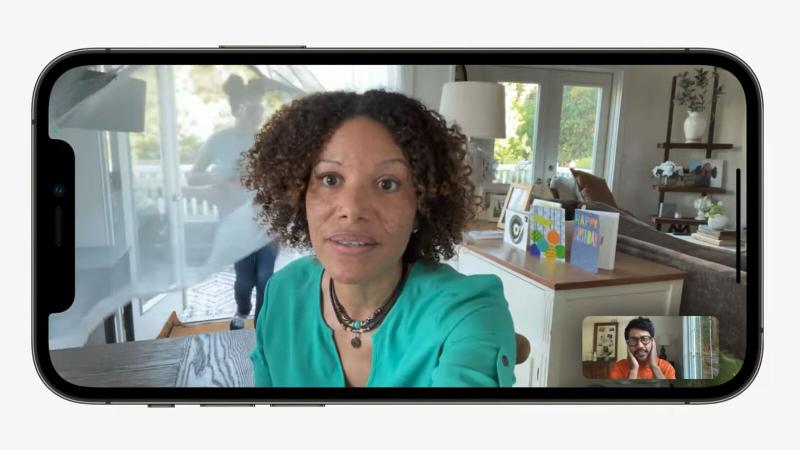 Conversely, there’s also the new Wide Spectrum feature in FaceTime that brings all the surrounding ambient noise into the mix so the person on the other end of the call can hear everything that’s going on around you.

As these are enhancements limited to iPhones running iOS 15, you’ll need to either wait until the operating system is launched later this year, around September time, or you can sign up to the Apple Beta Software program and receive pre-release versions of the software long before the general public can access the new features.

You should also check out which phones will get iOS 15? and will your iPhone get all the iOS 15 features? To see if your device is compatible.

iPadOS 15 has plenty of great new features, such as vastly improved note-taking, multi-tasking, new widgets and plenty more besides. Of course, iPads will also get the revamped version of FaceTime that contains the Voice Isolation, Wide Spectrum and Spatial Audio features. That means with the tap of a button, your vocals will be given priority over other sounds and boost the audio quality of your calls.

The method for using Voice Isolation is that same on iPad as it is on iPhone:

As with iOS 15, to access this wealth of new options you’ll need to update your iPad to the latest iPadOS 15 software. This is due to release in September/October, so it’s not long to wait. Should this prove too much of a temptation though, you can sign up to the Apple Beta Software program and get early builds of iPadOS before it goes on general release.

How to reduce background noise on FaceTime for Mac

When macOS Monterey arrives in September or October this year, it will do so replete with the new Voice Isolation feature built into the FaceTime app, just as you’ve seen above with iOS 15 and iPadOS 15.

When on a FaceTime call you’ll be able to engage the setting and have your Macs microphone feed analysed by the isolation software which then brings your voice to the fore and lessens any other sounds in the room. 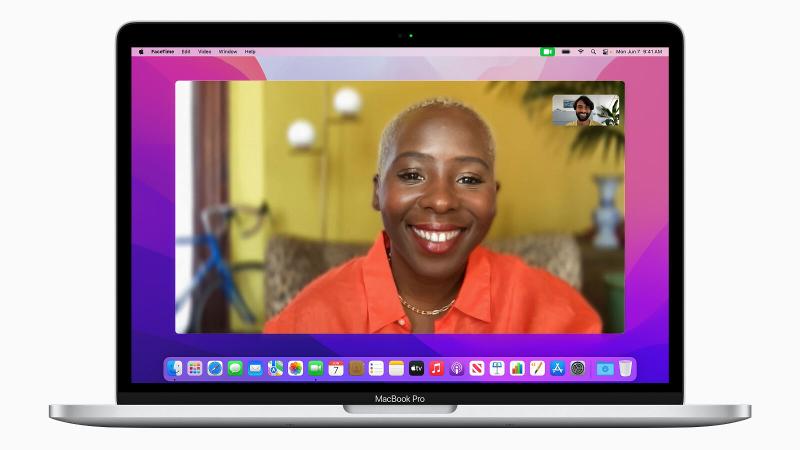 There’s no need for any additional hardware or apps to use Voice Isolation, just that your Mac is running macOS Monterey when it launches the in fall. To check if your Mac supports Monterey read: macOS Monterey compatibility, plus we explain Will your Mac get all the Monterey features.

As with iPadOS 15 and iOS 15, you can gain early access to the new version of Apple’s operating system by joining the Apple Beta Software program. Take a look at our guide to the macOS Monterey public beta release date for more ideas of when it will be available.

Other features coming to FaceTime

That’s not all Apple has added to FaceTime though, as you’ll soon be able to see everyone on a call thanks to the new Grid View, there’s Portrait Mode that blurs out the background of your video but keeps your face in focus, plus you can schedule upcoming calls and enjoy music or movie parties on FaceTime via the SharePlay feature which allows everyone on the call to watch or listen. 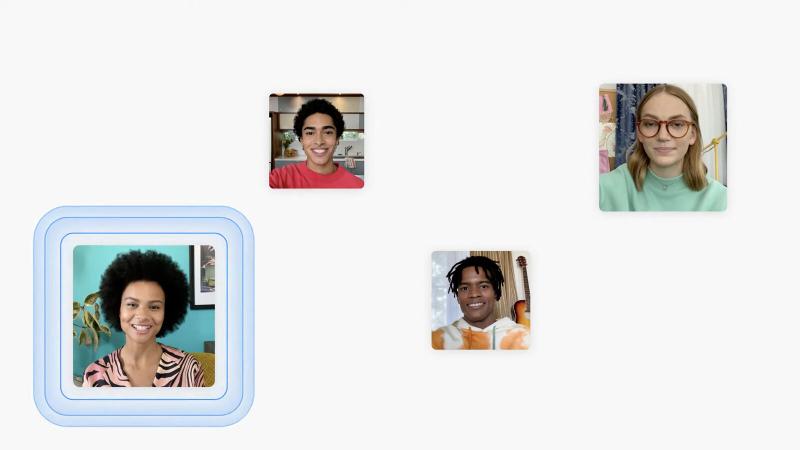 To make FaceTime a real competitor in the business world you will be able to share your screen or that of an open app on your Mac so that everyone else can see your presentation or other useful information while on the call.