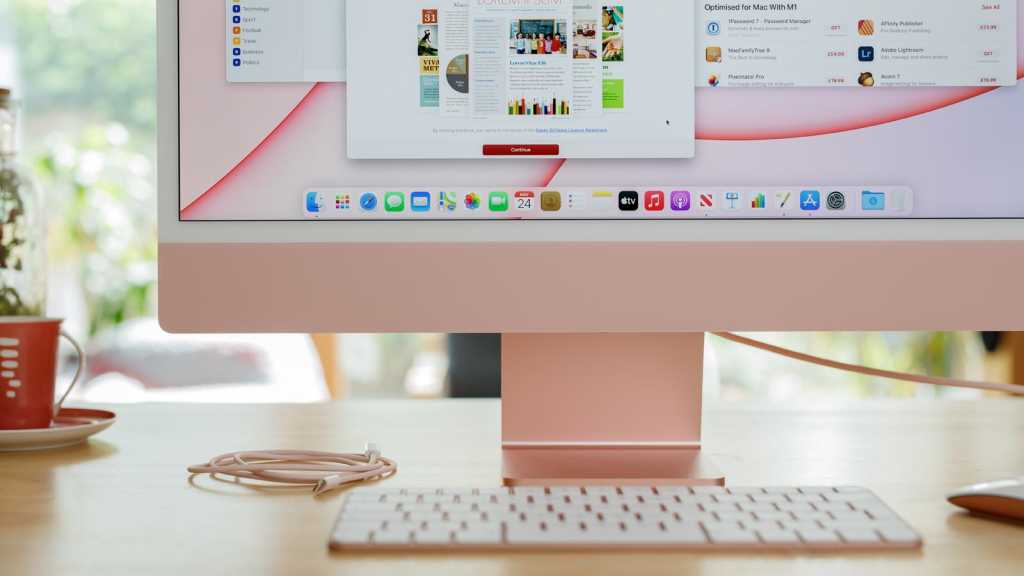 One of the differences between the two iMac models can not be found in the technical specifications.

As with the MacBook Air M1 (reviewed), Apple offers a basic model on the new iMac whose M1 chip has only seven instead of the eight graphics units (GPU) found in the more expensive model. Otherwise, the two chips do not differ from each other.

If you pick the M1 iMac (reviewed) with one less GPU you can expect a slightly worse performance in graphics-intensive applications.

However, it turns out the difference isn’t just the number of GPUs. There is another difference between the two models – one that is not references in Apple’s technical specifications.

The cooling system of the base iMac model only has one fan, while the more expensive, 8-core GPU model, has two fans. iFixit has an X-ray image of the basic model that shows one fan, but it has disassembled the other variant and knows there to be two in that model.

Other World Computing (OWC) has also dismantled the two 24in iMac, as seen in the video below. Here you can clearly see the difference between the cooling system of the two models as well as a different layout of the logic board.

How much of a difference will one, two or, for that matter, zero fans make? Apple has optimized its M1 chip in terms of power consumption and heat load, otherwise it would not be possible to use it in devices without ventilation such as the iPad Pro and the MacBook Air. And with these devices, the M1 has already shown that it offers a lot of performance even without a fan.

The cooling system of the more expensive iMac model proves advantageous if you expose the computer to a continuous load that stresses the CPU. In the YouTube video below Max Tech shows that with the basic model it takes longer for such tasks to be completed, even though only the GPU is different. This is because the temperature of the M1 chip in the base model reaches the point faster at which the computing units must be throttled, otherwise they would become too hot. One fan cannot dissipate the heat as effectively as the two fans in the more expensive model.

In addition, the single fan must then work at full speed, which means it will be louder than if the two fans run slowly. So if you want to professionally edit videos on the iMac, you should definitely buy the more expensive model.

For more information about choosing a new Mac read our Mac Buying Guide.

We have a round up of the best iMac deals, plus check out the deals below for the latest price drops on the 24in iMac. Order from Apple.

If you are on the market for a new iMac read: Should I buy a 27in iMac now or wait?

Adapted from an article on Macwelt.