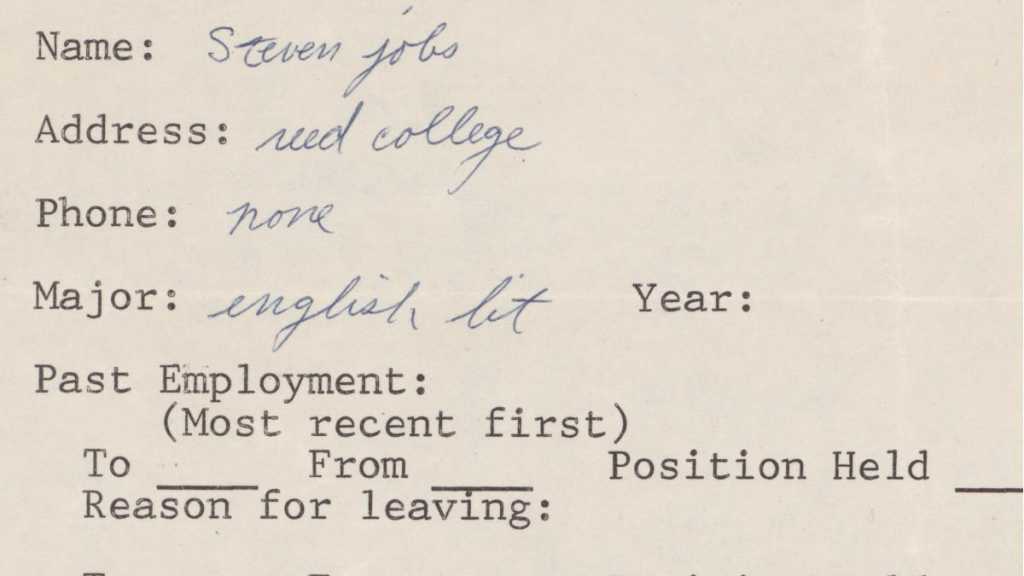 In 1973, Apple founder Steve Jobs applied for a job. We don’t know what job he was trying to get, and the application gives very few clues: it’s just a yellowed bit of paper with very little actual content. But in 2017 this humble record of a minor event in the Apple founder’s life was sold at auction for $18,750 (roughly £13,650), and it was sold again the year after for almost ten times as much.

Now the document is up for auction once again, but this time with a modern twist, reports Cnet. Current owner Olly Joshi is holding two auctions simultaneously: a traditional one for the physical document itself (for which bidding stands at $32,400 at time of writing), and an auction of a digital NFT of the document (currently 0.5 Ethereum, or roughly $1,026) at the Rarible trading venue.

Joshi says he wants to test how the market’s perception of value has changed. NFTs (Non-Fungible Tokens) are a bizarre case study for economists: despite being essentially cryptographically protected receipts with a link to an image that anyone can access, they have been sold for breathtaking sums. In March, Twitter CEO Jack Dorsey sold his first tweet as an NFT for $2.9m.

The auctions run until Wednesday next week.