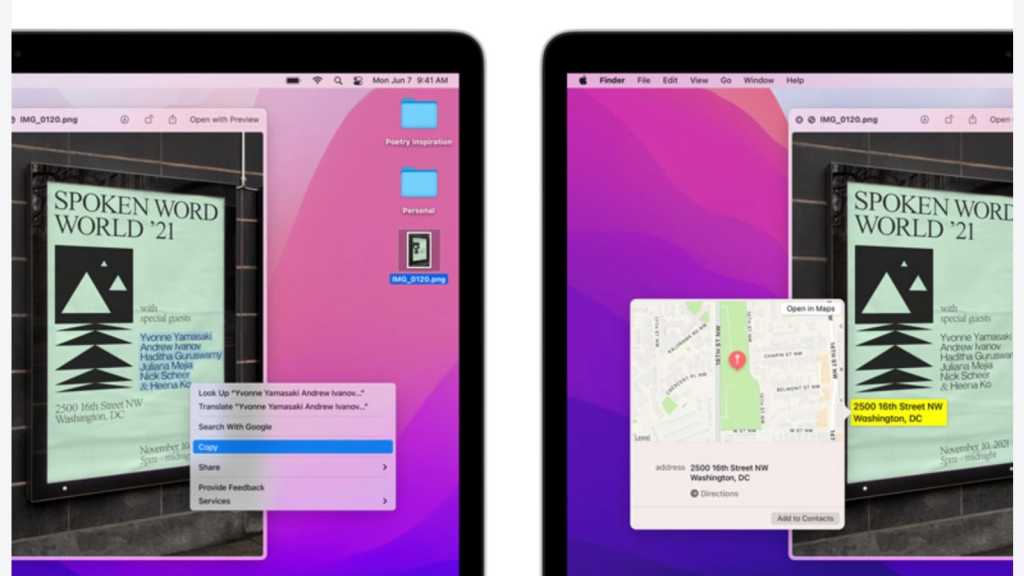 There are a number of new features coming to Monterey that will only be available on M1 Macs, but it looks like Apple has changed its mind about at least one of these new features that was to be omitted from Intel Macs.

As we outline here: Which Monterey features work on my Mac, FaceTime Portrait mode and On Device Dictation will only work if your Mac has an M1 chip (or one of the successors). When Apple announced it’s Monterey plans a further feature was also set to be missing from all but the M1 Macs: Live text – the handy ability to recognise text in images and lets you cut and paste it elsewhere.

The great news is that Apple seems set to add support for the feature to Intel-powered Macs after all. As identified in this tweet, the fourth Monterey beta includes Live Text for Intel Macs.

macOS Monterey Beta 4 includes Live Text for Intel Macs 🎉 Sounds like Apple prioritized it based on demand, but it was made much easier by the lack of real-time requirements for a camera system (So instead of kicking it to the ANE, it’ll just process opportunistically) pic.twitter.com/vM5Nd7TGh8

We have a round up of PDF editors, some of which include OCR (optical character recognition). Best PDF editor for Mac.