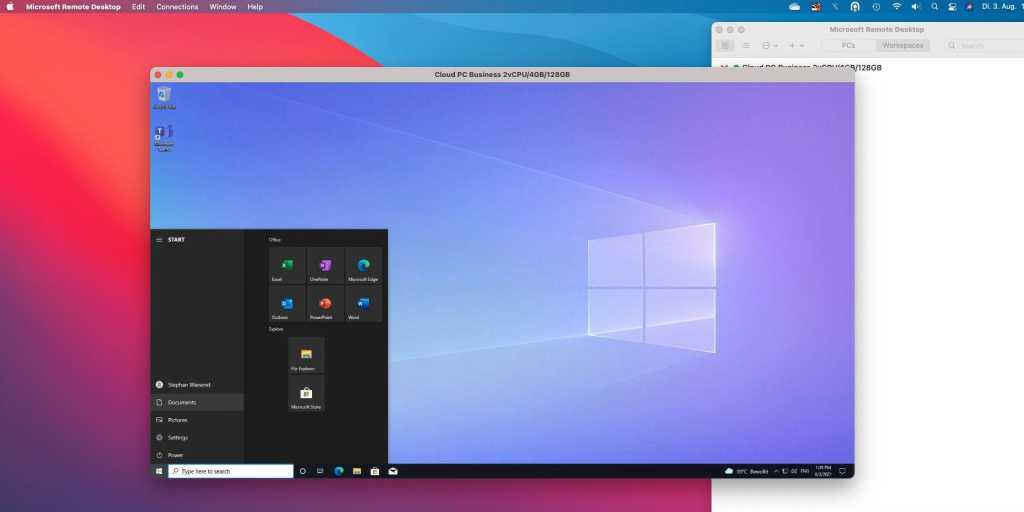 Microsoft has launched a new service that allows business users to access cloud-based PCs running Windows and Windows software from anywhere. It means you get a full-fledged Windows 10 computer in the cloud. But this isn’t limited to Windows machines – it can also run on a Mac, iPad or iPhone.

It no doubt comes at the ideal time, with companies starting to adopt a flexible working model, with staff mixing working remotely and from the office. Windows 365 should smooth the transition between working in the office and at home.

The only thing holding this back from reaching its potential as a way to run Windows on a Mac is the fact that it’s limited to companies and educational institutions at the moment.

What devices can get Windows 365?

All Windows 10 and Windows 11 devices will be compatible, as you would expect. But the good news is that a Windows 365 session will also be able to be streamed to hardware running macOS, iPadOS, Linux and Android. You can navigate to the Cloud PC website via all modern web browsers as well as via Microsoft’s free Remote Desktop app on Mac and iPad/iPhone.

Yes, remote access is even possible via a M1 Mac. (Read: How to run Windows on M1 Mac).

How Windows 365 works on Mac/iPad

The use of the system is possible via browser via the address windows365.microsoft.com on almost all operating systems, including Android, iPhone, iPad and Mac.

Once set up, it should be a simple case of navigating to the Cloud PC website and signing in with your credentials. Having done so you should have direct access to the cloud computer.

Our German colleges on Macwelt attempted to use the new system. They reported that getting the system on the iPad to work turned out to be more time-consuming than expected: currently there seem to be some bugs with the system and the cloud PC had some startup problems and had to be reset via the web interface.

The first wave of users have suggest that it is best to use it on the iPad via the Remote Desktop remote control software, a free Microsoft app available from the Apple App Store (links above). 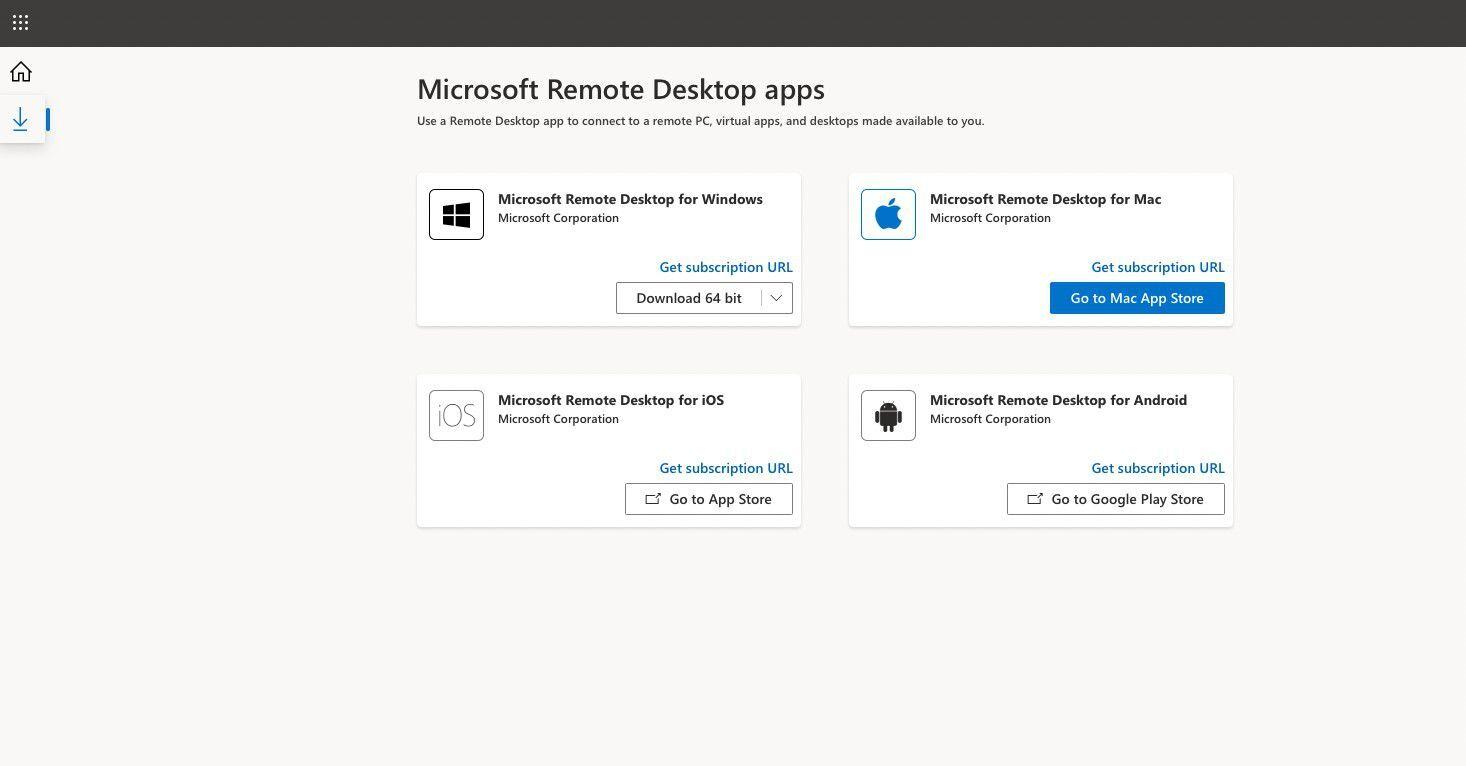 Is it an alternative to Parallels/VMware?

The feature is similar to virtualisation and remote access software, but it’s the first time we’ve seen an official service from Microsoft.

The new offer is interesting for Mac users who depend on a specific Windows software. Until now their best option was to use virtualization software such as Parallels or VMware to access a Windows virtual machine.

While the new Windows 356 offering might look like it would beat this, it’s worth noting that one disadvantage of Microsoft’s cloud solution is that the monthly fee is quite high, and if you want more memory and storage space it costs even more. In addition, it is only possible to use it with a good internet connection, since every input must also be transmitted via the web.

Read: How to run Windows on a Mac for free and How to install Windows on Mac. We also have a round up of the best Windows virtualisation apps.

What software is available in Windows 365?

Within the Windows 365 portal, you’ll get access to Microsoft 365 apps like Word, Excel, PowerPoint and Excel. Microsoft Teams will also be supported on most plans, as well as Adobe Reader, the Edge browser and Microsoft Defender antivirus software.

Note that a license for Microsoft Office is not included. 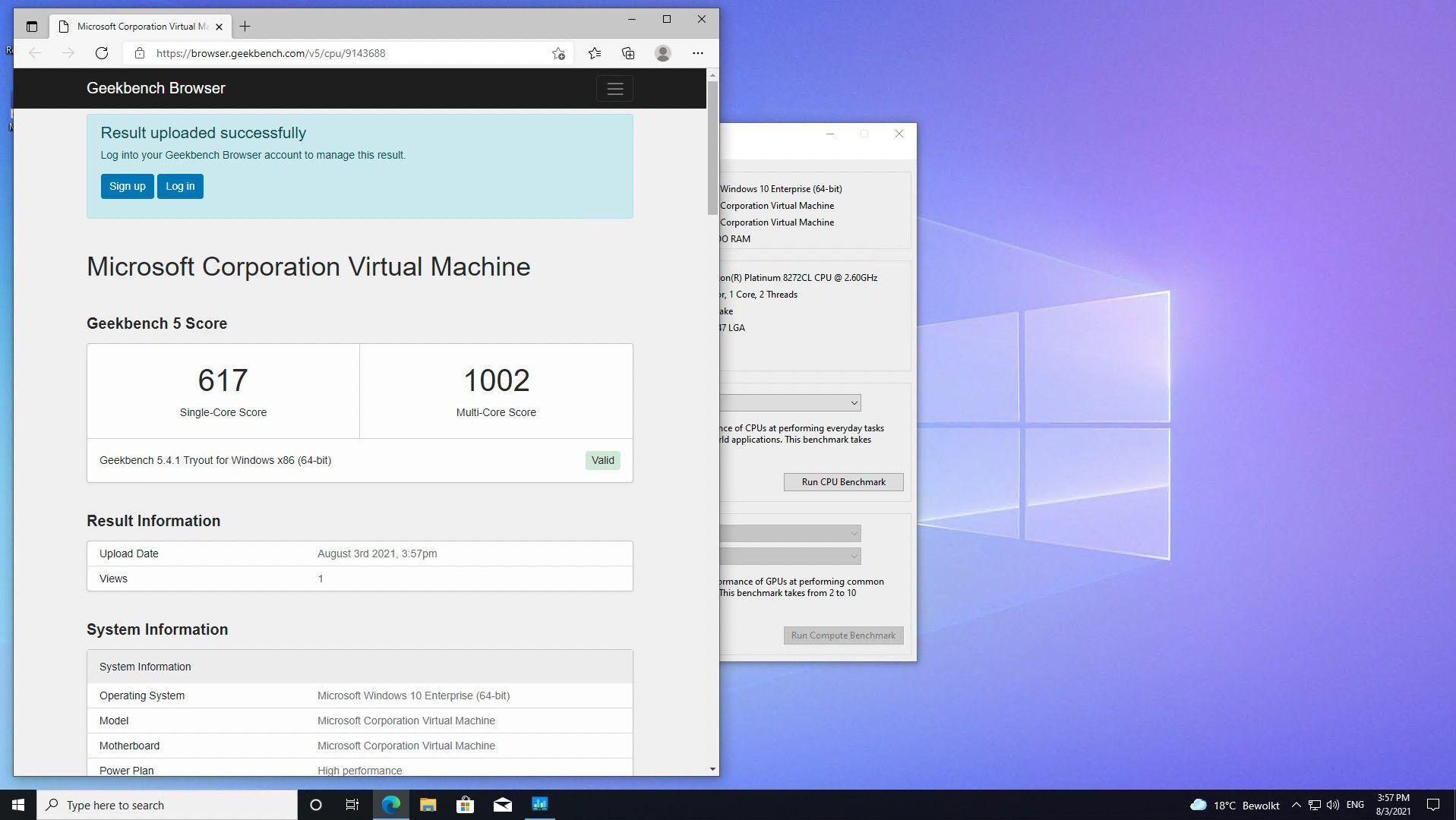 Microsoft officially announced Windows 365 in a blog post on 14 July. The service become available to businesses on 2 August 2021.

There are various plans and pricing, depending on how many CPUs, how much RAM, how much Storage and so on. Details of pricing here.

Will Windows 365 ever be available to consumers?

Windows 365 was exclusive to businesses and enterprises at launch. Hopefully there will be a consumer launch further down the line, although Microsoft hasn’t confirmed this.

Right now for private users it is a little too complicated due to the necessity of managing licenses, domains and user accounts via a web interface. Companies, on the other hand, benefit from the comparatively simple management of several users.

However, as a self-employed person you could still open your own account and set up your cloud computer for a monthly fee of £20.50/$24 – with the first 60 days are free of charge.