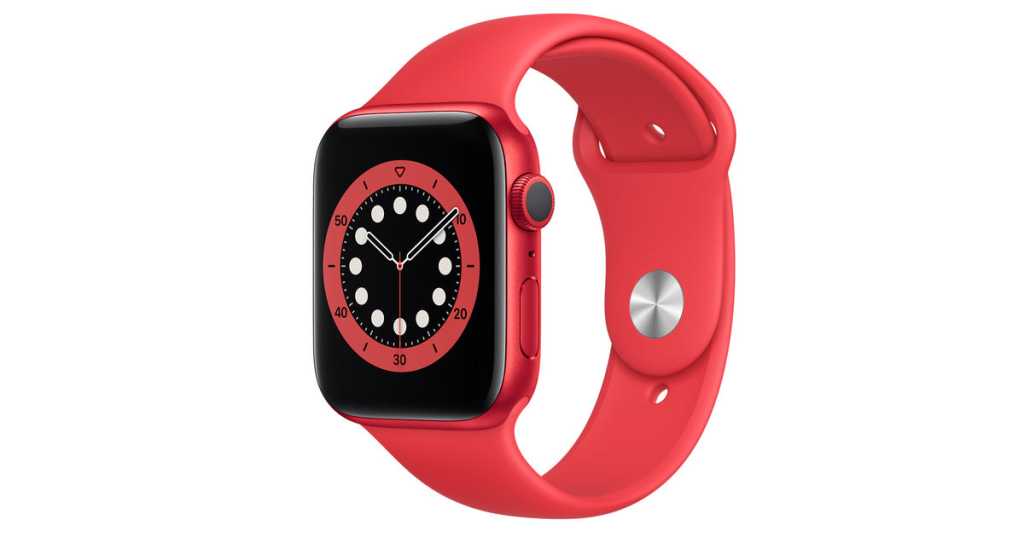 The Apple Watch Series 6 is the pinnacle of smartwatch technology, offering blood oxygen monitoring, a built-in ECG monitor, an always-on display and a suite of apps and complications courtesy of Apple’s watchOS technology.

The problem with having the latest and greatest tech is the price, with the Apple Watch Series 6 starting at £379 for the entry-level 40mm model, but thanks to a limited time deal, it’s cheaper than ever.

Amazon Prime members get an additional benefit in the way of free next-day delivery – you could order the watch today and be wearing it tomorrow. You’ll have to be fast though; the deal won’t last forever, and once it’s gone it’s gone.

It’s worth noting that the deal is exclusive to the red aluminium model, with all other models and display sizes coming in at the regular price, and it’s the Wi-Fi only model, meaning you won’t be able to make and receive calls when out of range of your iPhone.

Still, it’s an incredible price on one of the best smartwatches on the market right now. In our four-star Apple Watch Series 6 review, we praised the slim and elegant design, the huge range of health features and sensors and the perks of watchOS, although with few changes compared to the Apple Watch Series 5.

If you get here a little too late and the deal has been and gone, take a look at our selection of the best Apple Watch deals for the latest money-saving bargains. If you’re new to the world of Apple Watch, our Apple Watch buying guide might be a good place to start.