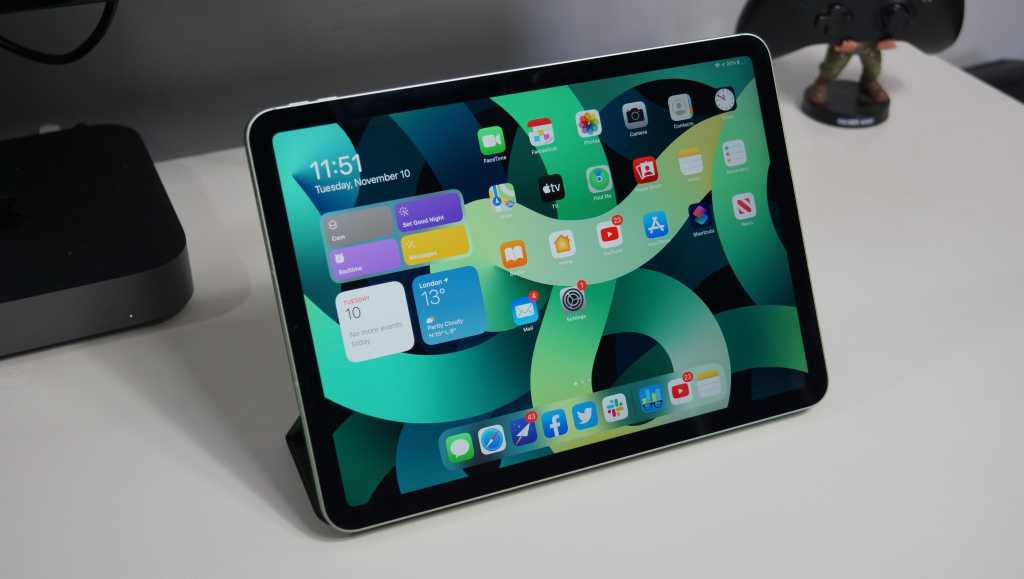 Apple’s iPad range looks increasingly likely to fragment into separate product lines based on separate screen technologies. At the moment there are two strands: mini-LED on the top-of-the-line iPad Pro, and LED LCD on the rest. But a new OLED option has emerged for the models in the middle.

Samsung Display’s network of etcher suppliers are currently starting a new production process to produce OLED screens intended for the iPad range in time for a 2022 launch, writes 9to5Mac, citing The Elec‘s report based on sources familiar with the matter.

(The Elec suggests, in fact, that an upcoming OLED MacBook could be the intended destination for the panels, but 9to5Mac points out that Apple is far more likely to use mini-LED on such a device.)

In terms of screen dimensions, Samsung expects Apple to buy OLED panels in sizes of 10in and up. That immediately rules out the iPad mini, which is currently 7.9in, and likely to become 8.5in-9in at the next update. But it could theoretically fit any of the other currently available iPad models, even including the budget-focused basic iPad model, which has a 10.2in display.

In reality, budgetary constraints mean the standard iPad is unlikely to get the upgrade in the near future. Rather, the new OLED screens are expected to end up in Apple’s mid-range iPad Air model when it’s next updated. Ming-Chi Kuo is among the pundits to predict that the 2022 iPad Air will be equipped with an OLED screen.

You can keep up with the latest leaks and rumours regarding Apple’s mid-range tablet with our regularly updated iPad Air news hub. If you don’t want to wait until next year – and who could blame you? – you can instead find a bargain price on the current range with our roundup of the best iPad deals.