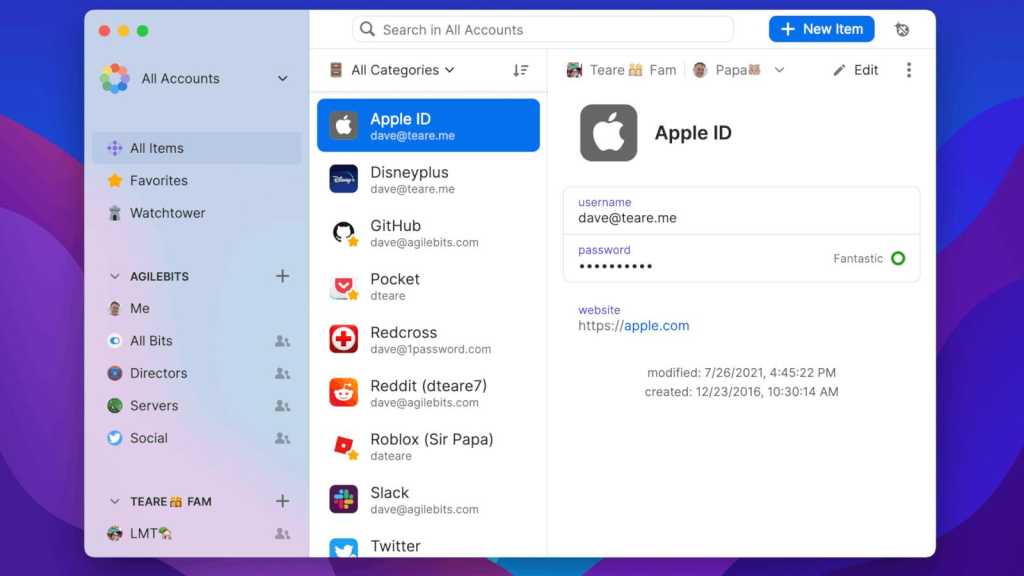 In 2018, AgileBits released version 7 of 1Password, the firm’s password manager software, featuring a new subscription model as the main way of paying for the service. (Standalone licences continued to be sold, however, for those who looked hard enough.) The Mac app received several enhancements that made it more integrated into the system and gained – among other things – the ability to suggest login details for applications and not just websites.

The software was well received. In our 1Password 7 review we gave the software 4.5 stars out of 5 and an Editors’ Choice award. But the story goes downhill from there.

AgileBits has now released an Early Access test version of 1Password 8, which has been redesigned from the ground up. All the basic features are rewritten in Rust, a programming language known for security and reliability. The program is now an Electron application that should work equally well on Mac and Windows; it’s also available on Linux.

This is a very early test version, and AgileBits emphasises that it is “for testing and validation purposes only, and is not suitable for business- critical environments”. Besides the presence of a number of bugs, there are plenty of features that haven’t been added yet but will appear before the software is released to the general public.

But regardless of these caveats, it’s astonishing how poorly the transition to Electron from a ‘real’ Mac application – using the standard macOS windows, dialogs, menus and so on – has been received by users. AgileBits’ support forum was quickly filled with hundreds of complaints about the interface.

In one of the longer threads, user comments include:

…and on, and on, and on. Users are also strongly critical of the fact that 1Password 8 does not work at all with locally stored vaults for syncing via iCloud or Dropbox. Instead, only 1Password accounts apply.

To be fair, the developers of the app fronted up in a well-attended Ask Me Anything thread on Reddit. But some commenters felt that the responses failed to engage with their concerns.

“The common response from the 1Password team so far has been to praise the Rust core and how fast that aspect is,” wrote one commenter. “While that does relate to the app’s overall performance, that’s not what I’m taking issue with, and it’s a little worrying that the team doesn’t seem to understand/acknowledge that.”

The software is still at an early stage of development, so changes are still possible before its final launch. Whether AgileBits will consider a change as fundamental as going back to a native app remains to be seen, however.

Read our guide to the best Mac password managers for a view of the other options out there.