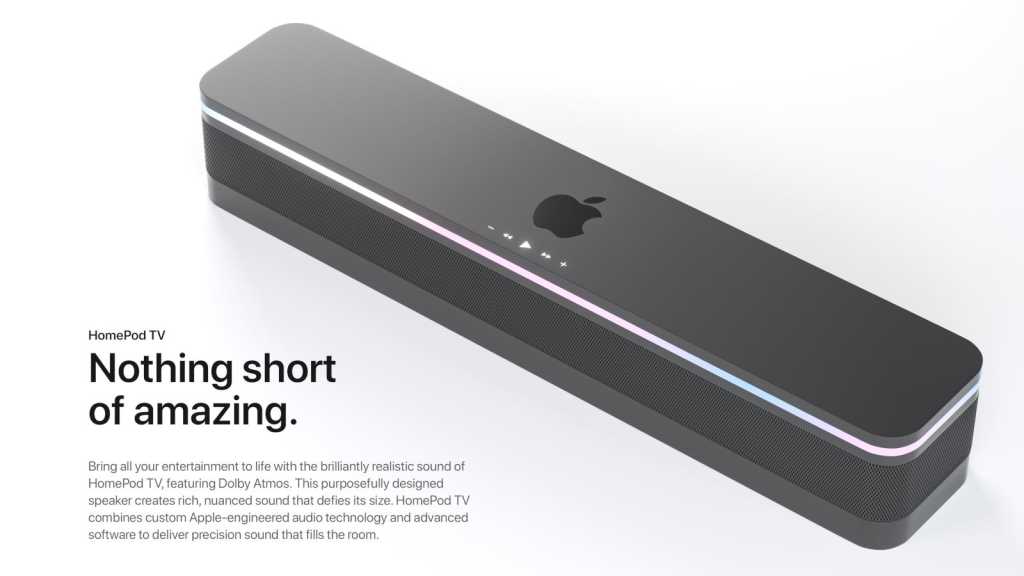 The original HomePod never quite took off. Perhaps it was too expensive; perhaps it was too difficult to understand. Either way, after just under two years Apple discontinued its large speaker and instead turned its focus to the HomePod mini.

But there are already rumours that the HomePod is to be revived… in a curiously modified form.

The Swiss website Handy Abovergleich has worked with the designer Eric Huismann to create a series of concept illustrations of what a new generation of HomePod could look like. The results are two separate devices: the HomePod TV (a mixture of the HomePod and the Apple TV) and the HomePod Show (a HomePod with a touchscreen display).

The HomePod TV concept has smart thinking behind it. While the raison d’être of the Apple TV dwindles with each passing month, since almost every smart television now supports the Apple TV+ app, the Cupertino company can still add value with its ability to build very good audio devices.

And so the bar under the TV becomes not only the hub for TV, internet and smart devices, but also a sound system with support for standards such as Dolby Atmos and Apple Lossless. A user buying such a device for their living room has practically killed three birds with one stone. 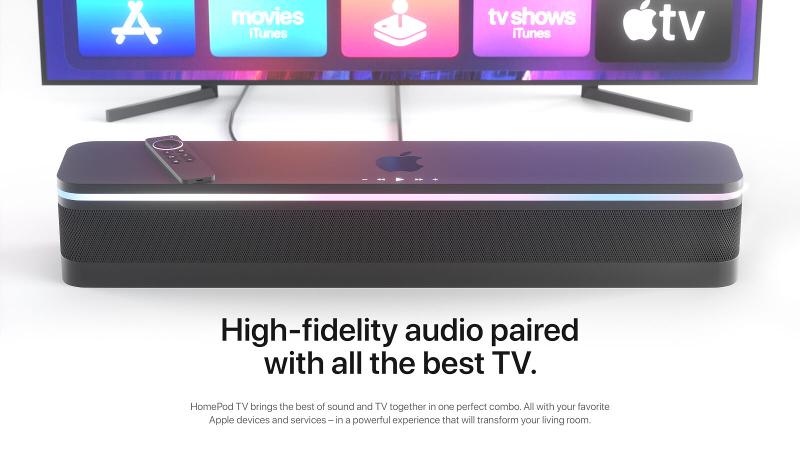 While the HomePod TV is predestined for the living room and can potentially replace the Apple TV, the HomePod Show is a speaker with a camera and a touchscreen that wants to be something between the iPod and Amazon Alexa. 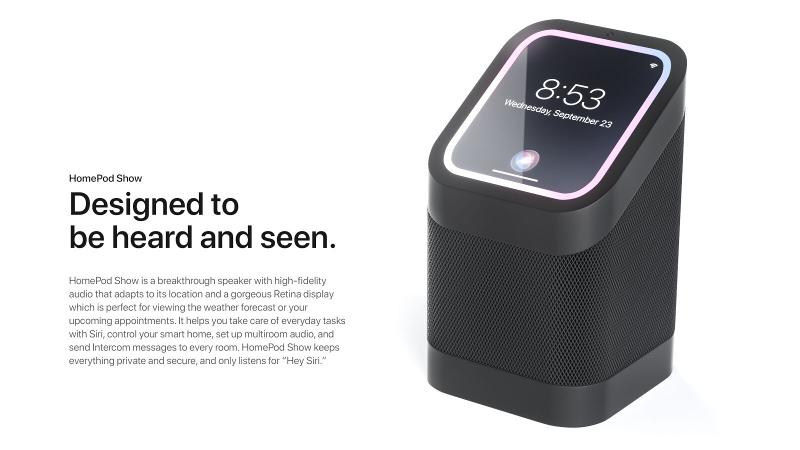 As excellent as these designs look, we’re not convinced that Apple will go down this path in the near future. For the latest leaks and rumours about releases we do expect in the remainder of the year, visit our guide to the new Apple products of 2021. And for the latest bargains on Apple’s smart speakers, read our roundup of the best HomePod deals.

This article originally appeared on Macwelt. Translation and additional reporting by David Price.