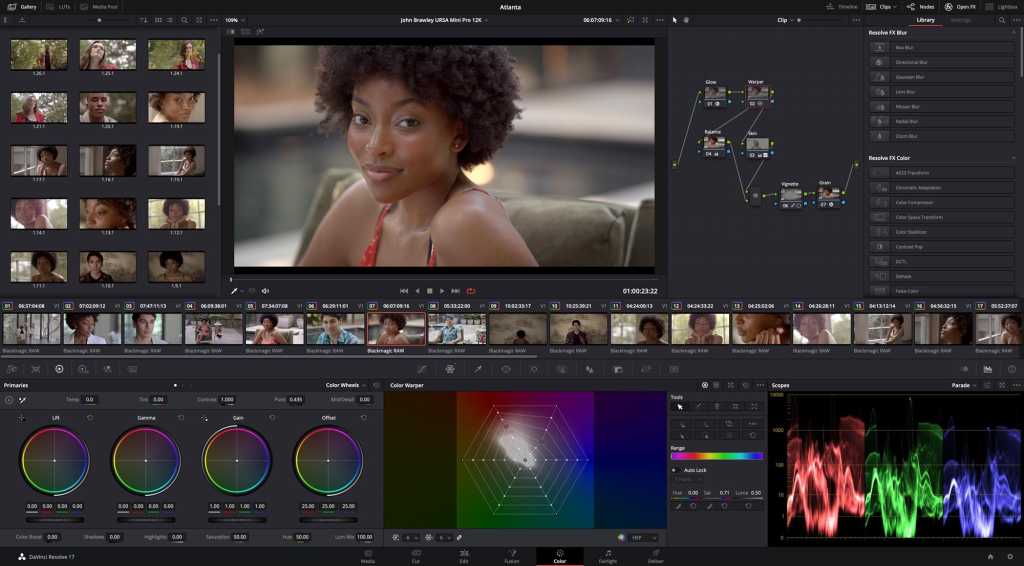 DaVinci Resolve is 3x faster on M1 Macs Resolve is a popular video editing and colour correction software that has now been adapted to M1 Macs.

According to the manufacturer Blackmagic Design, the new version 17.3 offers a new processing engine that can offer up to three times faster working speed on M1 Macs. On M1 MacBooks (and the M1 Mac mini) you should even be able to edit 8K projects for the first time. Even the native editing of several 4K streams should be possible on a MacBook Air, says Grant Petty, CEO of Blackmagic Designs.

Also new for M1 Macs: You can choose a new optional hardware encoding when encoding to H.265 format. This is intended to reduce the quality a little, but accelerates the rendering time by 65 percent. The hardware decoder of the M1 chip can also be used for decoding AVC intra-files, which simplifies working with these files.

The update to version 17.3 offers numerous other improvements and innovations. These include ResolveFX settings with new grid shapes and more control options for mosaic blur effect and keyer garbage mattes get rotation settings for removing unwanted effects from the field of view.

New drivers are intended to improve audio latency, an improved export dialog simplifies the transfer of sound material for further processing. Other small improvements include edit and fusion workspace, but codec support has also been expanded. A complete list of innovations and optimisations be found here.

The update is now available for Windows, Mac and Linux via the Blackmagic Design website. DaVinci Resolve is a free download from Blackmagic Design, but the Studio version costs $299/£235 from specialist shops such as Jigsaw or Scan in the UK,  and B&H Photo and Adorama in the US.

We have a round up of all the apps that are native on the M1 chip. See: Which apps work on M1 Macs?