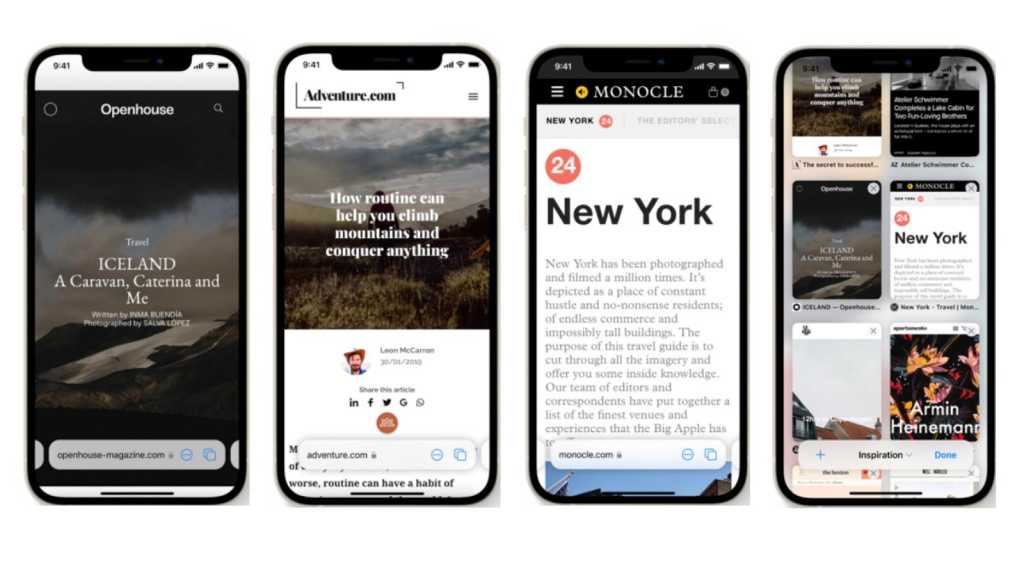 In September Apple intends to release a new version of its Safari web browser as part of iOS 15. The new Safari is currently undergoing a substantial redesign, which Apple intended to make the browser easier to use on mobile devices.

However, since testers started to use the beta versions of Safari the reaction hasn’t been all that positive, with numerous complaints from app developers and beta testers. As a result Apple has already undone some of the changes that were supposed to be coming to the new version.

For example, Apple had moved the URL bar to the bottom of the screen – a change that was intended to make it easier to use one handed. However, for all its reachability, relocating the URL bar proved to be a change too much. Not only were people struggling to find it, they also complained that it obscured the web page too much.

Apple had also relocated functions such as Share or Reload. These commonly used tools were hidden behind a three-dot icon that concealed as many as 20 options. It is never a good move to make locating commonly used features take more steps than people are used to.

Apple had already made some changes to Safari in the 4th beta of iOS 15 at the end of July 2021, returning the Share button, Reader Mode button, and the Reload button, but as of mid August’s 6th beta version, there is now a toggle so that users can decide where to locate the URL bar. If a user toggles the URL bar to the top of the screen then they will experience a more iOS 14-like design.

So, if you want, you will be able to display the address bar at the top of the screen as usual. The option to switch between the Safari Tab Bar and Single Tab views can be found in Settings > Safari.

The 4th beta also brings an option to deactivate the colouring of the user interface depending on the website.

Apple obviously does not want to completely give up the redesign of Safari, but it is allowing users to activate the old state with a few clicks and continue to use their browser as usual.