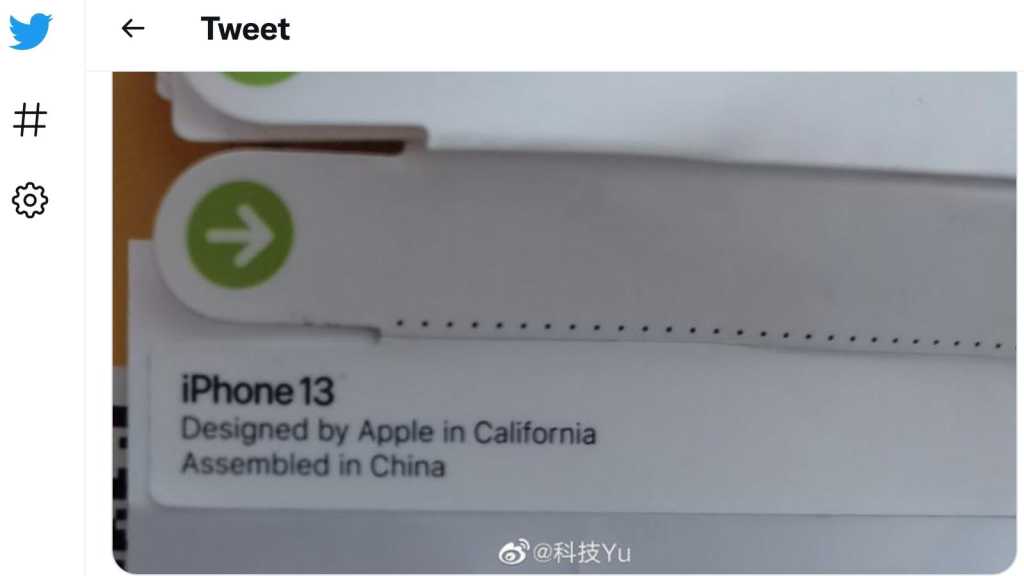 iPhone 12S or iPhone 13? This question has occupied the Apple community for almost a year now, at least until Apple leakers started to talk only of the iPhone 13 a few months ago. However, prior to that there were rumours that indicated that Apple was planning a iPhone 12S for this year.

For some users the name does not play a big role: whether it is called the iPhone 12S or 13 doesn’t matter, as long as the new iPhone has a lot of new features on board. But by giving an iPhone an S suffix Apple is seen by many to be indicating that it is less of an upgrade.

This has been the crux of Apple fans’ desire to know the naming of the new handset. Will this year’s update bring minor or major changes to the iPhone?

Recent rumours had indicated that the iPhone is to get a full number update, hence everyone referring to the iPhone 13. Now a photo has appeared on Twitter that had initially been shared on Wiebo.

The Twitter user DuanRui (who denies that he is a leaker, although we’ve seen his name in association with various bits of Apple information recently) says that he has no first-hand information, he is just sharing something he believes is “relatively reliable”.

iPhone 13 🤔 source: https://t.co/INCk7dSbj9 Let me emphasize again that I am not a leaker. I don’t have first-hand information. I just reprint some information that I have seen that I feel is relatively reliable. pic.twitter.com/Avy9ndDT4Q

The photo he shares appears to show an Apple sticker destined to be used for packaging. The name iPhone 13 can clearly be seen there. However, we should exercise caution with this information. Apple has used stickers with arrows in its iPhone packaging previously, but they have looked different.

However, it is possible that the packaging design for the next generation of iPhones could change, especially now that Apple has dispensed with the power plug allowing for flatter packaging.