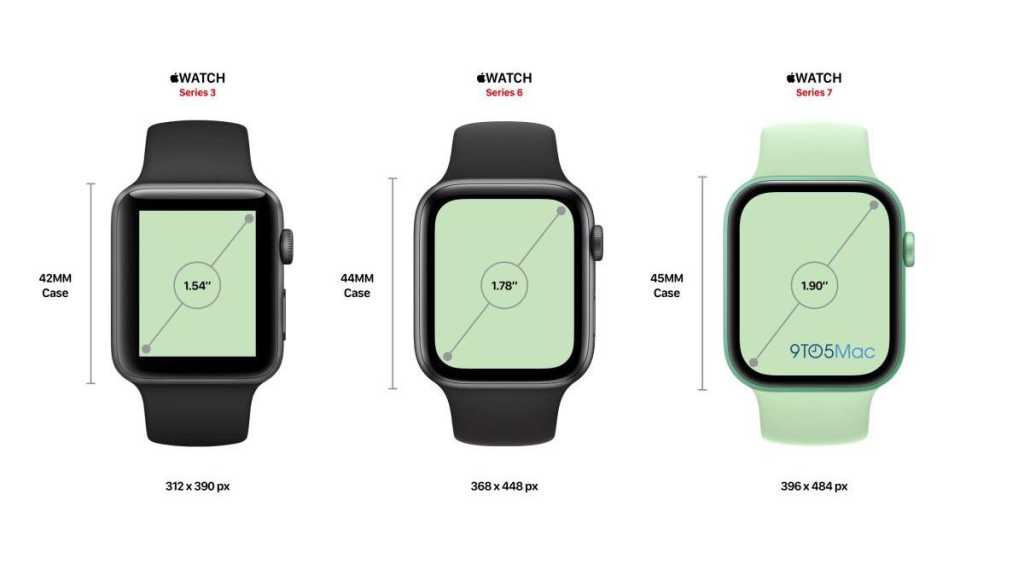 Bloomberg’s Apple expert Mark Gurman has published new information about the upcoming Apple Watch Series 7, and the improvements we can expect from its upgraded screen.

The site begins by confirming previous rumours that the watches will come in slightly increased size choices: 41mm and 45mm, compared to 40mm and 44mm for the current range (itself an increase on the 38mm and 42mm options offered before the launch of the Apple Watch Series 4).

But it’s important to note that the size options presented to customers (40mm and 44mm, or 41mm and 45mm) are a measure of the height of the case, not the size of the screen itself. And Bloomberg goes on to explain that the actual screen area available is about to increase by a far larger margin than that extra millimetre would suggest.

The larger screens will be exploited to the full with a range of new faces that will be exclusively available on the Series 7:

In response to the Bloomberg report, 9to5Mac posted a series of mockups illustrating the expected size increase and new faces, including the one at the top of this article and the below mockup of the Modular Max.

The Apple Watch Series 7 is cautiously expected to be unveiled alongside the iPhone 13 at a virtual event later in September – although we hear that suppliers have run into production difficulties and the announcement and/or shipping of the new watch may be delayed.

Catch up with all the latest leaks and rumours with our regularly updated Apple Watch Series 7 news hub. Note, however, that you may be able to pick up a bargain on the older models as demand drops ahead of the launch; check for the best current prices with our roundup of the best Apple Watch deals.