We can’t say it’s a surprise, but the evidence that Apple is about to release a set of new iPhones is becoming overwhelming.

Four unreleased iPhone models have been listed in a new filing to the FCC, MacRumors reports, which is usually an indication of an imminent announcement. We (and the rest of the Apple media bubble) are pretty sure that the four models referred to are the iPhone 13 mini, iPhone 13, iPhone 13 Pro and iPhone 13 Pro Max.

The application itself is for new MagSafe chargers, with the new phones mentioned only in passing. They are named only as “New Phone #1” and so on. 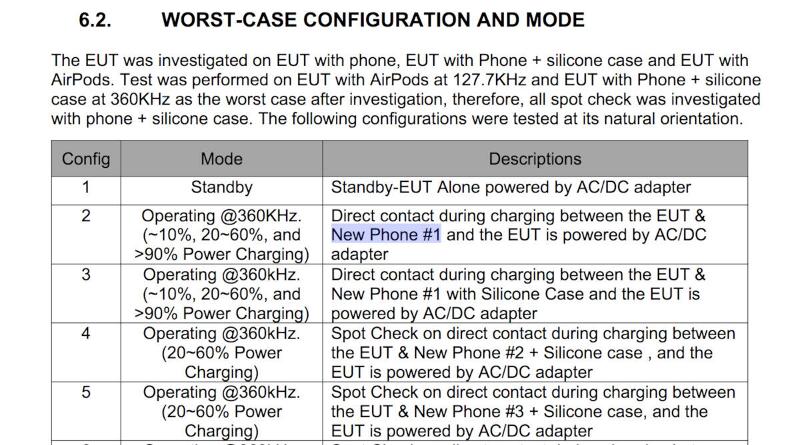 The 12-series iPhones are also mentioned – by their model numbers rather than their consumer branding – but are referred to as “legacy” devices, despite being literally the newest handsets that Apple currently sells.

The filing describes, for example, “direct contact during charging between the EUT & Legacy Phone #5 A2341 with Silicone Case and the EUT is powered by AC/DC adapter”. That refers to the iPhone 12 Pro.

This isn’t the first official mention Apple has made of unreleased iPhones for 2021. In June the company registered seven new models in the EEC database.

Yesterday Apple sent out invitations to a streamed event next Tuesday, 14 September. The invites don’t specify what the company is going to announce, of course, but we will almost certainly be hearing about new iPhones. (We expect Apple to announce the Apple Watch Series 7 too, and maybe a new set of AirPods.)

If you want to read more rumours about the upcoming devices, visit our regularly updated iPhone 13 news hub.