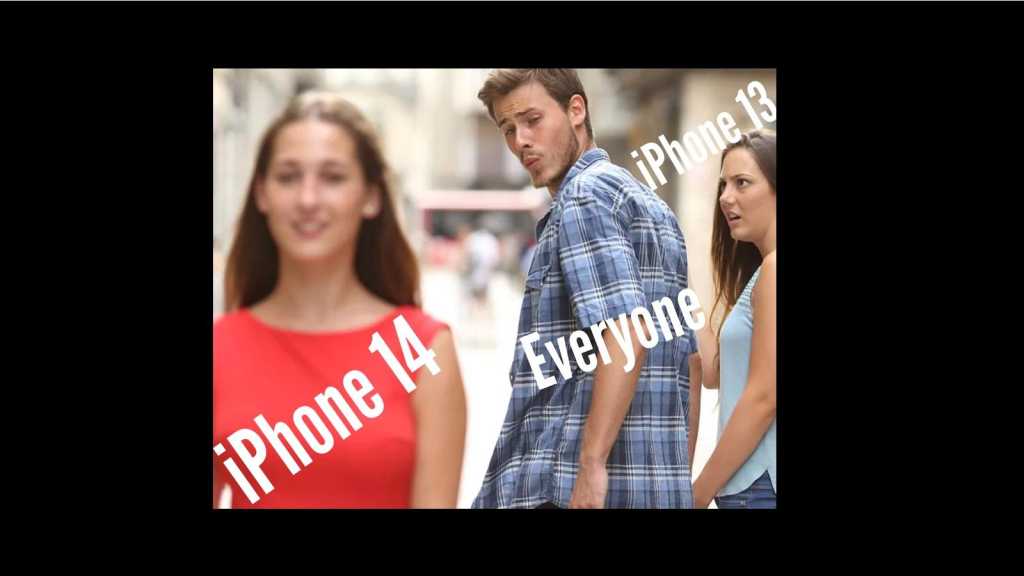 These are crazy times. In previous years after Apple introduced a new iPhone generation in Cupertino a few weeks later the first rumours about the next generation would start to haunt the Internet. But this year, a week week before the now officially confirmed iPhone 13 keynote, we have a leaked image that claims to represent the iPhone 14, which is not expected until 2022.

The image, published by Jon Prosser, quickly produced the effect hoped for by the Apple leaker: chaos.

Within a very short time Prosser’s video, in which he showed the images of the supposed iPhone 14 for the first time, rose up the ranks of YouTube trends, and there was also a lot of discussion on Twitter. With more than 47,000 tweets within just an hour, the hashtag #iPhone14 ranked 12th in Twitter trends.

This was a lot of fun with Apple, and especially its CEO Tim Cook, being the victims of many jokes. How embarrassing that everyone would be talking about the iPhone 14 a week before the long-awaited iPhone 13 event. Already the iPhone 13 is yesterday’s news and it’s not even been presented yet.

keep sending me your iphone 14 memes 😂☠️ retweeting the best ones

Let’s just assume that Jon Prosser is actually on the right track with the iPhone 14 with his findings. This would mean that Apple is planning a revolutionary update for the iPhone for 2022 – not only visually, but also technically.

It therefore looks like many of the most coveted features will not arrive before 2022 (in which case you may want to skip the iPhone 13 and wait for the iPhone 14). But if you know Apple you know that changes come in gradually, with a little tweak here and there, while the annual iOS updates take care of the rest.

The first alleged pictures of the iPhone 14 show that Apple is set to throw this tactic out of the window next year. Is that realistic?

According to Prosser, Apple will say goodbye to the Notch next year. Instead there will be a punch hole camera that sits in the centre of the top of the screen. According to Prosser, Face ID is still part of the iPhone, but it probably sits under the display. Read: Leak reveals iPhone 14’s notchless design.

But that’s not all: Apple apparently also wants to completely change other visual features of the current iPhone models next year. The volume buttons would be round again (like the iPhone 4), and the camera module will no longer protrude from the iPhone case, but merge with the housing. (Read about the camera features coming to the iPhone 13).

Looking at the pictures Prosser shared, I come to the conclusion that the device has little in common with an iPhone. The last time we saw this great a change was in 2017 when Apple introduced a completely new design with the iPhone X. I think it is extremely unrealistic that Apple would actually implement the design presented by Prosser only five years after the last major redesign.

Prosser has proven in the past that he can also be wrong, but he has also been responsible for a lot of leaks that turned out to be correct afterwards, such as the iPhone 12 or the AirTags. Prosser also seems to have hit the bull’s eye with the iPhone 13 and Apple Watch Series 7.

However, as Prosser mentioned in his video, he has been in possession of this information for several weeks. He deliberately waited to publish the pictures to cause some chaos. He has certainly successful in this, but at the same time he is exposed to a fairly high risk: If he is wrong with this leak, he risks his good reputation. Was it smart of him to publish such information at a such an early stage? My instinct tells me his information is wrong and it’s going to come back to haunt him.

The new iPhone 13 is expected to launch at an event on 14 September. Read: Apple iPhone Event: Date, time and product announcements. We have collected all the iPhone 13 rumours here.