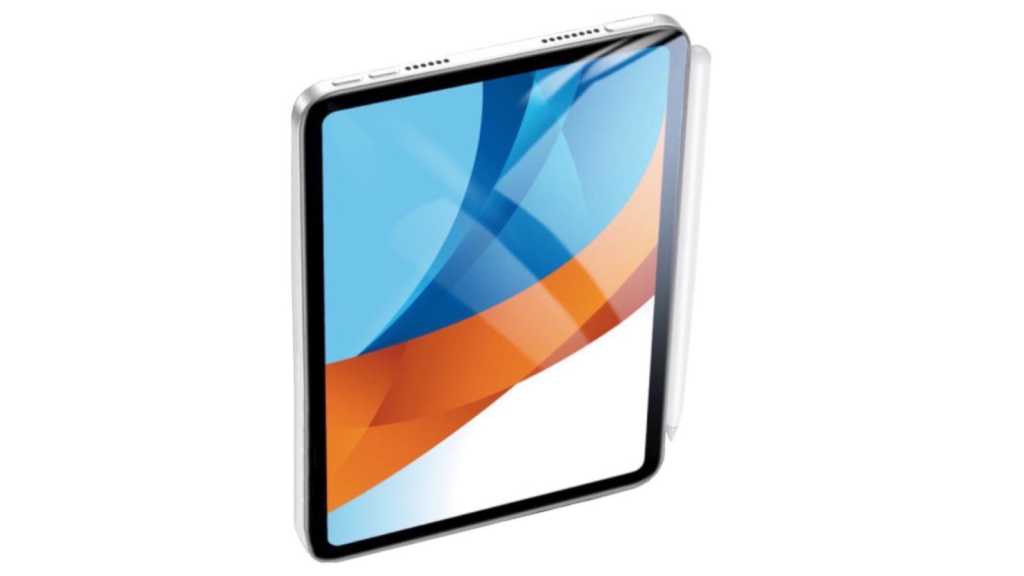 While our thoughts are on tonight’s iPhone 13 event, Apple is busily working on a device which will probably be launched at the next event in October: the sixth-generation iPad mini.

The latest news about Apple’s long-awaited micro-tablet comes from tech leaker Majin Bu, who has posted images of the “iPad mini 6” on Twitter. (That’s probably the clearest way for us to refer to the upcoming device, but Apple is more likely to brand it as simply the iPad mini, or iPad mini with the year in brackets.)

iPad mini 6 all the information I have #Apple #iPadMini6 pic.twitter.com/GRyNwiUrt9

Judging by these leaked images, the volume buttons are positioned along the short edge (the “top” of the iPad), which would allow an Apple Pencil to be magnetically attached along the long edge (the “right”).

Yet Majin Bu does not completely commit to this design, posting images in a follow-up tweet of a design that instead has the volume buttons on the right. “It would certainly make more sense from an aesthetic point of view, however the problem of the Apple Pencil could arise,” the leaker concedes, slightly unconvincingly.

That isn’t the only inconsistency in these postings. The original post above includes a specs sheet, which points to the new iPad mini having an 8.6in screen – a large jump up from the current 7.9in. But in yet another tweet reply, Majin Bu discusses a product listed on Amazon Japan that suggests a screen size of roughly 8.38in.

For what it’s worth, the consensus across the pundit community is currently that the iPad mini will gain a bigger screen, but one of only 8.3in, suggesting the second tweet is closer to the mark – although we will find out for sure in October. If the screen is larger than the current one, the home button will disappear, which in turn means that Touch ID will be built into the power button.

According to 9to5Mac, the new model is codenamed J310, and its new features include a powerful A15 chip and a Smart Connector that allows you to plug in various accessories.

Other rumoured new features include 5G support, better speakers, and Apple Pencil compatibility. However, support for the new mini-LED backlight tech is said to have been delayed until the next upgrade.

In addition, pundits predict that Apple will equip the new iPad mini with a USB-C port instead of Lightning, a change already implemented in the iPad Pro and iPad Air.

You can catch up with all the latest leaks and rumours in our iPad mini 6 news hub. We wouldn’t recommend buying right now, but the best prices on the new devices will appear as soon as they launch in our roundup of the best iPad deals.