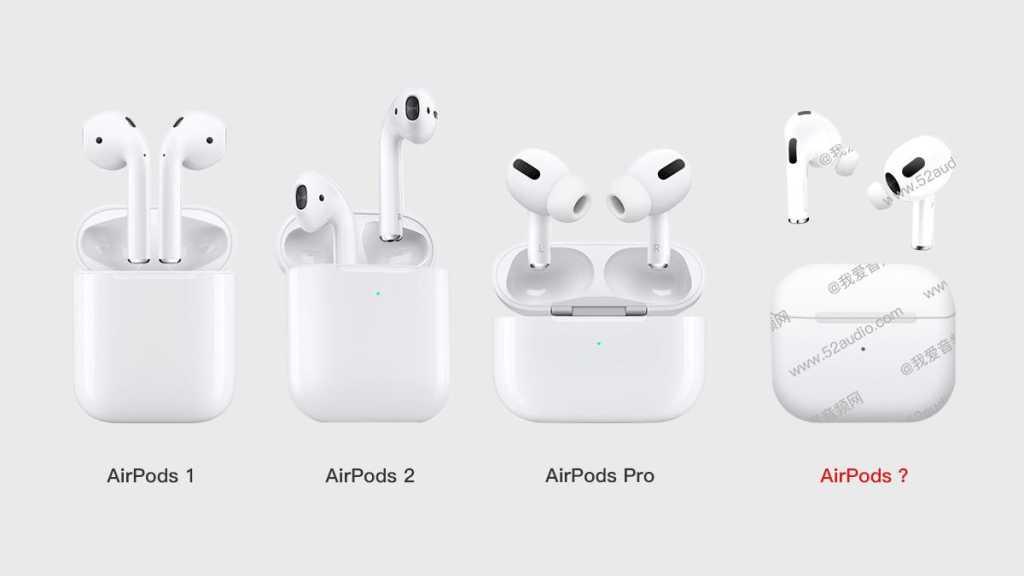 Apple’s California Streaming event was surprisingly crowded with new products, but one item on many pundits’ list that didn’t appear was a new set of AirPods. And those pundits are already adjusting their predictions to tell us when the new earbuds will actually launch.

Most agree that we won’t have to wait long. According to a new report from DigiTimes (paywalled article; via MacRumors), in fact, production of the third-generation AirPods is now in full swing – although the site observes that shipments are “slow” – which should mean we’ll see a launch later this autumn, most likely in October or November.

DigiTimes’ report is based on unnamed industry sources, as are most of its predictions. The site is prolific but sometimes wayward; AppleTrack gives it an accuracy rating of just 61%.

At one point it was believed that Apple would hold three virtual events in consecutive months this autumn, just as it did in 2020; but the consensus now is that events will be held in September and October only. Following the new iPhones, iPads and Apple Watch this month, October’s announcements will focus on the Mac. As such, the AirPods may not be a good fit, and may instead emerge in a press release – which in turn would suggest they are not a groundbreaking launch.

Some features previously found only on the AirPods Pro are said to be coming to the standard AirPods, but don’t expect support for Transparency mode, or active noise cancellation. Those are the flagship Pro features and Apple is extremely unlikely to give non-Pro buyers access to them at this stage – especially when the new AirPods Pro aren’t expected to launch until next year.

According to an earlier report from analyst Ming-Chi Kuo, Apple will keep the second-generation AirPods in the lineup when the new models are launched. This suggests that the price of the new headphones could be slightly higher than previously expected.

The third-gen AirPods are being manufactured in China, as a result of coronavirus issues in Vietnam. For similar reasons plans to move some production to other countries has had to be postponed.

You can catch all the latest leaks and rumours (including images of the new earbuds sourced from Apple’s supply chain) in our regularly updated AirPods 3 news hub. We obviously wouldn’t recommend buying now, but the lowest prices on the new devices will appear shortly after launch in our guide to the best AirPods deals.