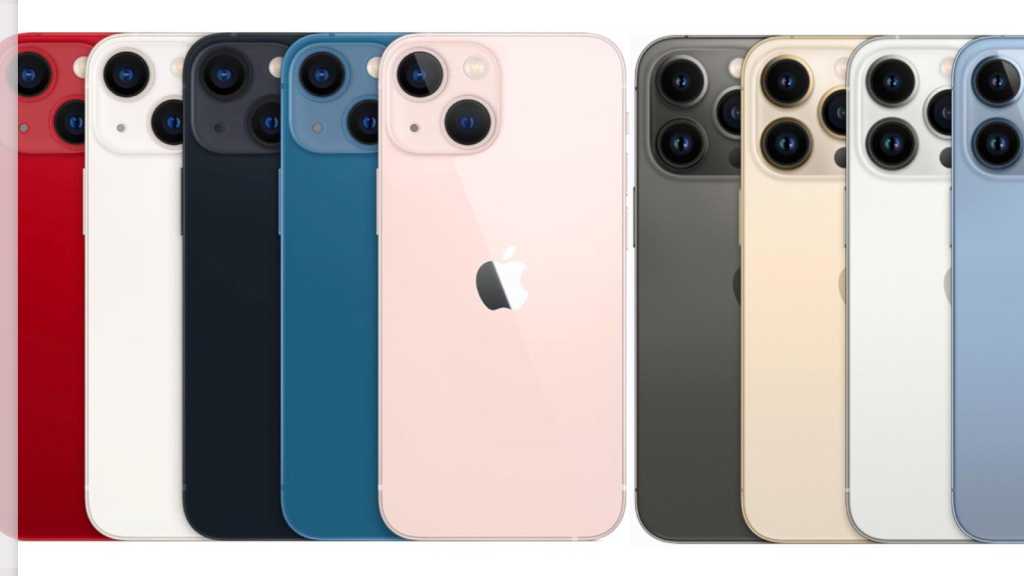 On the 14 September, Apple introduced its new iPhone generation. It consists of four models: iPhone 13, 13 mini, 13 Pro, and 13 Pro Max. There are a number of reasons for and against purchasing the new iPhone handsets. In this article we will look at the reasons not to buy the one of the new iPhone 13 series smartphones. There are also arguments as to why you should buy one, which we address in a separate article here: Why you should buy an iPhone 13.

For more buying advice you might like to read: iPhone 13 series – Which new iPhone should you buy?

Reason 1: 120 Hertz is only in the expensive Pro models

Apple is well behind the Android competition in terms of the frame rate of its displays. Android handsets no longer limit 120 Hertz screens to the flagship ranges: you can get 120Hz on low-cost mid-range phones. A 120Hz screen results in a smoother image in content such as games and when scrolling.

It’s certainly a disadvantage if you don’t want one of the more expensive handsets and as we argue here, it’s one reason why the non-Pro iPhone 13 models should really be called the iPhone 12s.

Apple no doubt has good reason to hold off on 120Hz on the standard handsets until the iPhone 14 in 2022, but customers are at a disadvantage this year.

Reason 2: No fingerprint sensor in the display

Some people lament the absence of the Home button on the majority of iPhones, either because they prefer the simplicity of a button to having to remember various swipes, or because they are frustrated by Face ID – especially since when wearing a mask it doesn’t work.

Rumours have persisted for a long time that Touch ID could return, not in the form of a physical button, but under the display. This is a feature of some Android phones, such as the Galaxy S21. Apple could even have appeased those who want Touch ID to return by embedding a finger print scanner on the On/Of switch on the side of the iPhone, as they have with the iPad mini and iPad Air.

But no, none of the iPhone 13 series offer Touch ID in any form. Perhaps we will see its return in the iPhone 14 in 2022.

Yes, the camera has been improved both in the hardware (larger sensors, optical image stabilization with sensor shift in all models) and in the software, for even better photo quality. However, there are features missing from iPhones that are appreciated on Android flagships. This include, for example, a periscope camera for a high-quality optical or hybrid zoom, as well as 100 times digital zoom in the Galaxy S21 Ultra. Sure, those are just gimmicks, but the quality is actually not so bad and it’s fun to see the moon up close. Apparently we will have to wait until 2022 before the iPhones receive a periscope camera and 10x optical zoom.

It is also time to adjust the resolution. Not only because more pixels would improve the quality. Rather, competitors use algorithms that create a 12MP image from raw 48MP data, for example, which thus contains more image and light information. This way four pixels become one pixel – and that would be significantly larger at 2.5 microns than the 1.7 micron pixels in the iPhone 13.

Apple makes it possible to record videos at up to 4K at 60 frames per second in iPhone 13, as before. Users will have to wait until 2022 before they can film videos in 8K.

Reason 4: The Notch is smaller, but it’s still there

You may see the Notch as a unique selling point of the iPhones, it is at least the main identifying factor when looking at the front of the phone. While other smartphones now have only punch holes for the cameras on the front of the devices, the notch on the iPhone 13 model remains, although it is now 20 percent narrower.

This could change in the future. Well-known Apple leaker Jon Prosser has released renderings of the iPhone 14, which show the 2022 iPhone with no notch at the top of the screen. There is a punch hole for the front camera and the sensors for Face ID are hidden behind the display glass.

We doubt that this is what Apple has planned because the notch is a design feature that distinguishes an iPhone from an Android phone. Read: Prosser will regret those iPhone 14 images.

Surely the notch will disappear at some point, but probably not yet. According to Bloomberg, the Notch will become even smaller in 2022. Read: Skip the iPhone 13: Reasons to wait for iPhone 14.

All four iPhone 13 models support wired charging via a Lightning cable at 20 watts. According to Apple, the devices should get around 50 percent charge in 30 to 35 minutes. That doesn’t sound bad at first – as long as you don’t look at the competition! A OnePlus 9 Pro, for example, can reach 100% in just 29 minutes using 65 watts, and thanks to super fast wireless charging (via Warp Charge 50 Wireless) it can charge wirelessly to 100% in just 43 minutes. Apple definitely has some catching up to do in this area.

By the way: If you want to charge your device using 20 watts you will need the right power supply. A charging plug has not included in the package since last year. It you don’t already own the right adapter you’ll need to buy one. Read: Which power adapter do I need to charge my iPhone.

The innovations of the iPhone 13 compared to the current 12 models are not so huge that you definitely have to upgrade, as you can also read in detail in our comparison of the iPhone 13 and iPhone 12.

When the iPhone 14 generation arrives, however, we expect the situation to be a little different. In 2022 we will hopefully see the features we wanted for the iPhone 13.