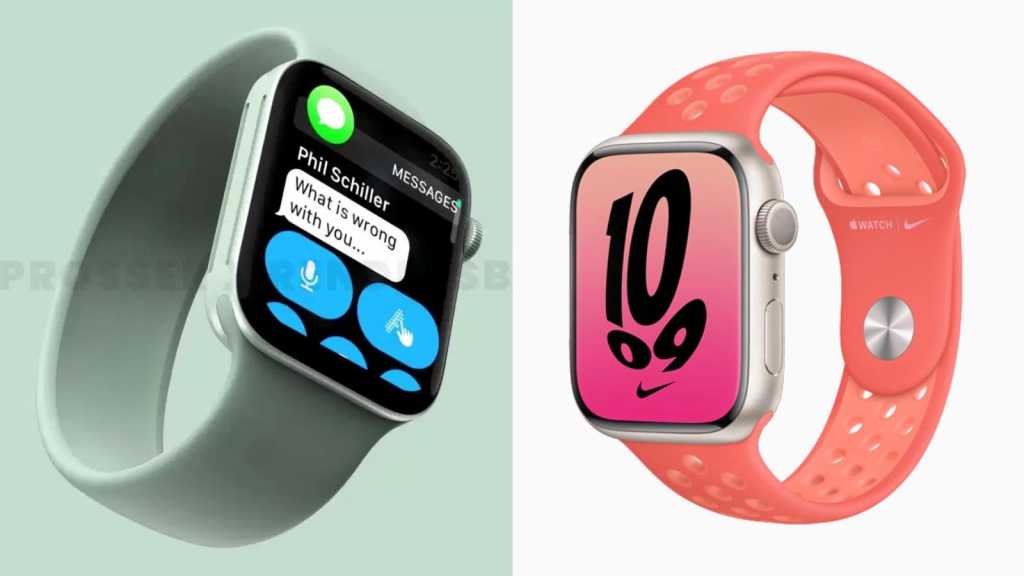 Many fans who had believed the predictions of the most famous Apple leakers were looking forward to a brand new design, so the presentation of the Apple Watch at the Apple Event on 14 September was a big disappointment.

Now Jon Prosser has commented on the inaccurate information he “leaked” in a new Front Page Tech video. He wasn’t the only one who was wrong, so were his leaker colleagues Mark Gurman from Bloomberg and Apple analyst Ming-Chi Kuo. But why?

Prosser has a theory that something “has gone catastrophically wrong” at Apple during mass production of the new watch. The Front Page Tech host refers to a report by Nikkei that claimed at the end of August 2021 that Apple has encountered problems manufacturing the “significantly new” design.

As Prosser mentions, the design of the new Apple Watch Series 7 is not “significantly” different from that of Series 6, which is why he asks whether that report really referred to the Series 7 that Apple launched, or an Apple Watch with a completely new design.

“Do you really think Apple has production problems with a watch that is almost identical to the models of the past six years?” Prosser asks his viewers. He suggests: “Something catastrophic occurred during production of this flat edged Apple Watch” and claims that “The solution to those major production issues was this frankensteined watch.”

Further proof of his theory, suggests Prosser, is the fact that the new Series 7 is reusing old components, such as the chip from Series 6. Apple has “Thrown old parts in an old case,” he suggests.

Prosser also suggests its apparent that Apple re-shoot part of the event to accommodate the last minute Apple Watch changes. Keynotes recorded since the pandemic are cinematic masterpiece, with changes in topics linked by creative transitions, but not so with the new Apple Watch. Prosser plays the corresponding excerpt from the keynote to his viewers – and there is no transition between the iPad and the Apple Watch, just a hard cut, as if Apple had not put as much effort into changing topics as it normally would.

Prossers  last bit of evidence in his case is the unknown launch date for Series 7. Apple’s website says “Later this fall”. Not a date such as “end of October” or “early November”. Why? “Because Apple itself has no idea when the watch will be ready,” says Prosser. According to Prosser’s sources, production will not even start for two weeks, which would be the beginning of October.

If Apple knew when the Apple Watch would be ready for delivery, they would have just told us. But they don’t know. “There is panic at Apple,” Prosser claims.

Does this mean that next year we may see the rumoured design in the form of the Apple Watch Series 8? Perhaps that design will never see the light of day, Apple could completely discard the new angular design because the production problems are too great.