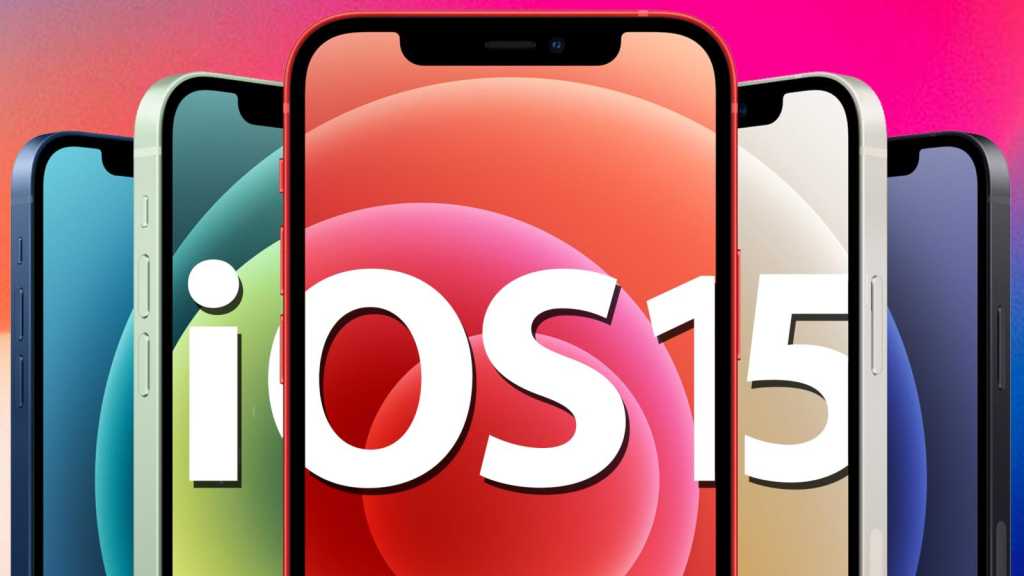 Once a year, Apple announces a completely new version of iOS, the operating system that runs on all iPhones. These full-version updates bring new features, tweaks to the interface and important security patches – and best of all, they’re free.

The newest version is iOS 15, and it becomes available to download and install today (20 September 2021). In this article we explain how you can install iOS 15 on your iPhone, and help to guide you through any problems you might encounter.

When will iOS 15 become available?

In the UK, iOS 15 should become available to download around 6pm BST tonight (20 September 2021).

At time of writing we are seeing the update on our iPhones, but if you can’t see it yet, hang in there – it may take a little while to reach you.

What do I need?

You’ll be installing the iOS 15 update from Apple’s servers, so you’ll want a reliable web connection. Other than that you just need an iOS 15-compatible iPhone, and access to mains power (you should plug the iPhone in while it’s updating).

Does my iPhone support iOS 15?

We mentioned iOS 15-compatible iPhones – this is important. Not all iPhones can install the latest version of iOS. Some older models are not certified as sufficiently powerful to run the latest software.

Preparing the iPhone for iOS 15

A few things to tick off before grabbing the update:

How to install iOS 15

Open the Settings app: tap the grey app icon with the cogs if you can see it, or go to search (by swiping down from any home screen) and type in Settings.

Go to General > Software Update and wait while iOS checks for new updates. If iOS 15 is ready for you to grab – and bear in mind that the rollout is often delayed a little past when we expect it, and may appear in some territories later than others – you’ll be told about it here. If you haven’t installed one of the later iOS 14 versions (such as iOS 14.8) you may see iOS 14.8 at the top of the screen and ‘Also available: Upgrade to iOS 15’ at the bottom.

If there isn’t a new version of iOS available for download, you’ll see the message ‘Your software is up to date.’

You can read about the update by tapping Learn More, or jump in and tap Download And Install at the bottom of the screen.

Enter your passcode and agree to the terms & conditions if and when required. Your device will download the update in the background, and you can carry on with other things while this happens. Once the download has finished you will receive a notification on your iPhone.

Go back into Settings and tap Install Now, and wait for the process to complete.

We cover the update process in more detail in a dedicated article: How to update iOS on your iPhone.

Why won’t my iPhone install iOS 15?

Here are some common problems you may encounter when updating your iPhone, and our suggestions of fixes:

Why isn’t iOS 15 available yet?

As mentioned above, iOS roll-outs are not predictable. Give it an hour or two and try again later.

iOS 15 is taking a long time to install

This is common, especially if you install the update on the day it comes out, when Apple’s servers are always extremely busy. Take the time estimates given in the interface with a pinch of salt.

iOS 15 isn’t installing at all

If the problem persists, read What to do if you can’t update your iPhone.

Other problems with iOS 15

Normally when a new version of iOS arrives on iPhones there are reports of battery drain issues, Wi-Fi and Bluetooth connection issues, issues with apps and other problems. Below we have rounded up some of the issue reported after users have installed iOS 15 – you can expect these to be addressed in future updates to the iPhone operating system.

An apparent reduction in battery life after a major iOS update is frequently reported but it’s not necessarily due to a bug. If you experience reduced battery life it is probably because following the update many processes will be running in the background as your system re-indexes your data. Luckily this should be short-lived and  battery life will soon return to the usual level.

There have been reports that muting the iPhone mutes audio in individual apps – which isn’t how it worked before the update. As one Reddit poster put it : “I’ve always been able to listen to audio (on Instagram, and YouTube) when my phone is on mute, just by pressing the volume button, the audio would come up just fine. But after updating to iOS 15, I have to unmute my phone in order to listen to audio on Instagram (Story, Reels, and Video posts) and YouTube.”

There have been complaints that iPhones are reporting that there is insufficient storage available when there is plenty of space. As one post on Apple’s help pages put it: “After iOS 15 update in settings telling me iPhone storage all most full but I have 15GB will not go away. Hard reset did not help.”

Notifications not being delivered

There have been complaints that notifications from apps such as Outlook or Slack are not being delivered. Some users have fixed this by deleting and reinstalling the app.

Some iPhone users who rely on a PC are finding that iTunes won’t run because some files are missing.