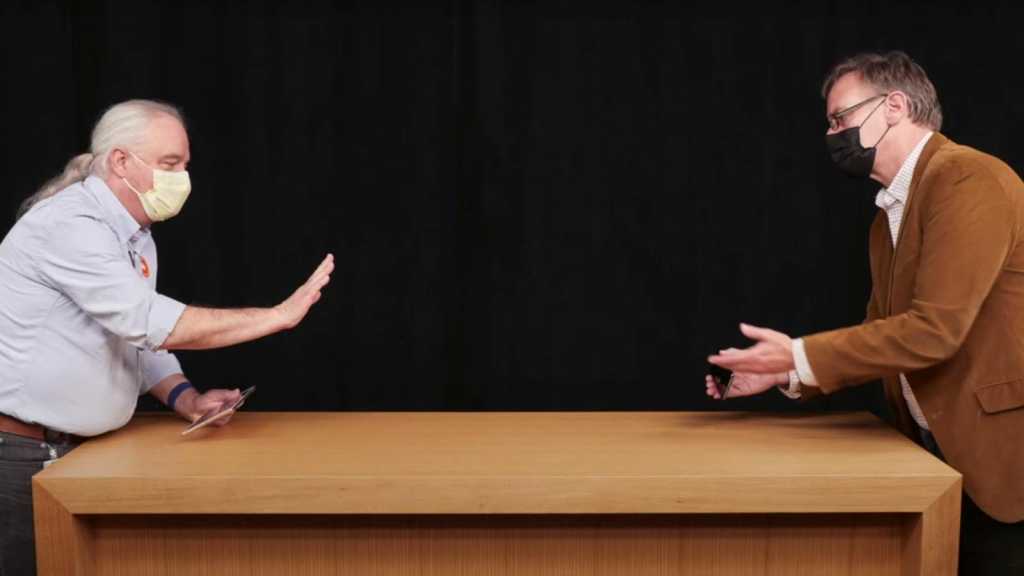 A series of leaked videos offer a glimpse of the way Apple hopes to persuade customers to pay for authorised repairs, rather than cheaper third-party alternatives.

In a move that is likely to embarrass Apple’s senior management, Motherboard has “obtained” a total of eight videos which it claims come from within the company. These are, the site claims, instructional videos used to teach employees at authorised repair partners how to handle customer interactions.

In the video embedded below, a ‘customer’ questions the extra cost of an authorised repair, leading the employee to argue that it is well worth the money.

“This quote’s for a genuine Apple part,” the employee explains.

“What do you mean by genuine?” asks the customer, helpfully supplying a feed for the marketing spiel. “I’d like to save some money. Aren’t they really the same part?”

‘Genuine’ is a subtle if rather vague dig at the quality of components used by third-party repair firms, which the video insinuates may cause performance problems down the line.

“Genuine means it comes from Apple,” says the employee in the video. “A genuine Apple part has to pass AppleCare engineering criteria. That means tests and tools that closely match the process in the original factory build. That way, the part is held to rigorous standards, and the genuine Apple replacement display fits just right, and performs exactly as expected.

“So with a genuine Apple display, all the features you’ve come to rely on behave seamlessly, as if it just came off the line. That’s not the case with third-party displays.”

On Macworld we consistently advise readers to seek out reputable firms for any repairs, and going to an authorised repairer is one way of doing this. But there are reputable third-party repair firms too, and as Motherboard points out, many of these use high-quality components while still undercutting Apple and its authorised partners on price.

“Consumers should be empowered to make their own decisions about what repair services to use,” argues the site, “but these videos show that Apple is invested in undermining the credibility of its competitors.”

The video, you’ll notice, is scarcely broadcast-quality: the voice of at least one of the participants appears to have been dubbed in by a younger actor, and the whole thing would be more accurately described as a series of still snapshots rather than a proper video. One would assume this was a work in progress, and was leaked before being finished.

Apple has historically been accused of undermining third-party repairers, and DIY repairers for that matter, by making its products difficult for anyone other than its own technicians to access: its designers love to use rare or proprietary screw types, for example, and tear-downs frequently criticise the amount of glue used in product assembly. One iOS update famously stopped third-party iPhone screens from working at all.

But the company faces the growing ‘Right to repair’ movement, which demands users be allowed and enabled to run repairs however they wish. This video suggests that Apple is preparing for a world in which it must persuade customers to use its repair services, rather than being able to strong-arm them into compliance.