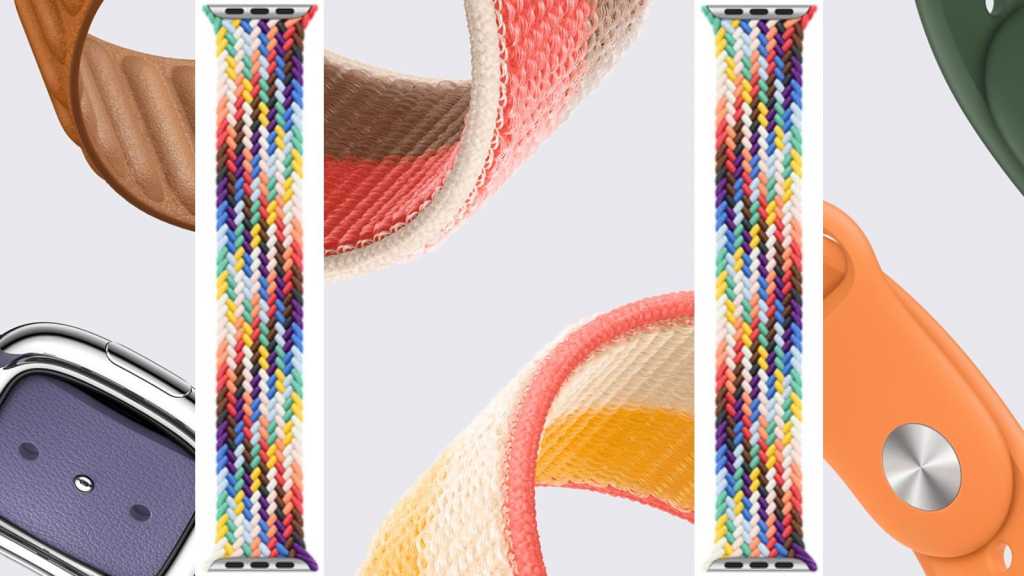 Apple introduced a few new bracelets alongside the Apple Watch Series 7. The Series 7 won’t launch until later in 2021, but it is possible to buy these straps now. You may be wondering if these new bracelets are exclusive to the new Series 7 or if you can also wear them with older watch models.

With the Apple Watch coming in so many different case sizes it is no wonder people are confused about which of the different watch straps will fit the watch they own. Will Apple’s new range of Watch bands be compatible with your Apple Watch? We find out.

What are the new Apple Watch Bracelets?

Which strap goes with your Apple Watch?

Apple has made six different case sizes for the Apple Watch and all these sizes are currently on sale:

Generally any watch strap will be compatible with any Apple Watch, however there are some differences as to which Apple Watch strap you can use depending on whether you opted for the large or small version of your Apple Watch generation.

Some versions are designed just for the smaller watch and others only available on the big watch. For example, the Modern Buckle is only available for the 38mm, 40mm and 41mm Watch.

When you purchase a Apple Watch strap you may need to specify which Watch it is for, large or small, but generally you can get any of the bracelets for any of the watches.

Can I use one of the new Apple Watch straps?

The answer is: Yes. The new bracelet sizes are also compatible with older watch models. We have combined the new 41mm Solo Loop in English Lavender with the 40mm Series 6 in aluminum (blue), as well as the new 45mm Nike Sport Loop in black with the 44mm Apple Watch SE in black aluminum.

The bracelet fits perfectly and the watch fits securely on the wrist. The direct comparison between an original 44mm Apple Watch leather strap and the new 45mm Nike Sport Loop also shows that Apple has not changed anything about the closure, which is why the new bracelets are also compatible with older models – even the Series 3.