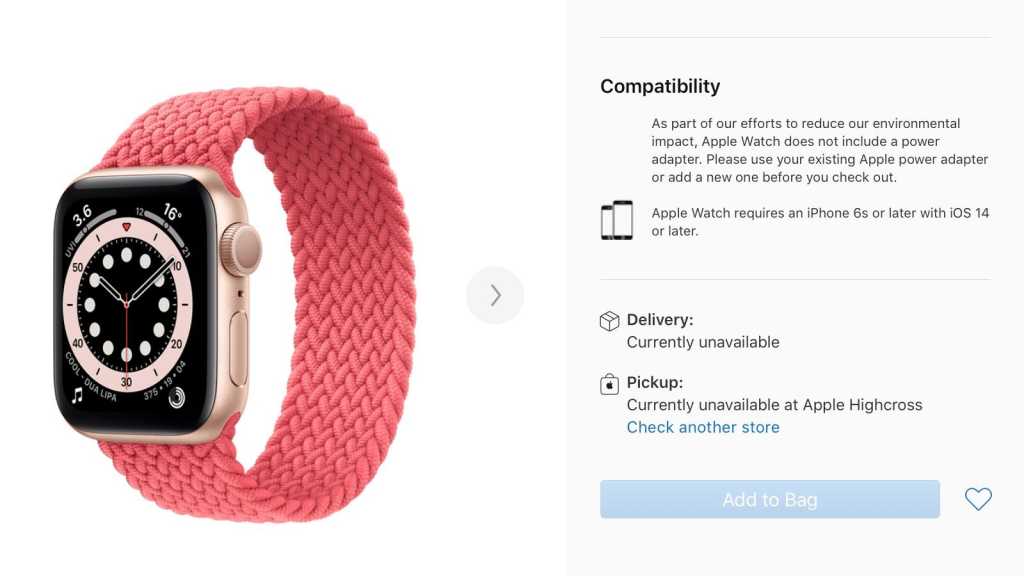 When stocks of a particular product run out at Apple, it’s a sure sign that something new is on the horizon.

Apple revealed some of the details of the upcoming Apple Watch 7 at the iPhone launch event on 12 September, and while the company didn’t announce a date when the new Watch will go on sale, it did indicate that the seventh generation Apple Watch would go on sale “later this fall” (or autumn.)

The biggest indication that the Apple Watch Series 7 will go on sale soon is the fact that if you try to purchase an Apple Watch 6 from Apple right now you will most likely find that it is unavailable.

We looked at various Apple Watch Series 6 models on Apple’s UK website and found that most options were out of stock. The only one we found available in our search was a Silver Aluminium Case with Nike Sport Loop. Every other combination we tried showed “Currently Unavailable”.

During the research, we noticed that the availability also depends on the bracelet variants: On some models, the product was available if you chose the write strap.

The fact that a current product is no longer available at Apple is very likely to mean that the successor is already on the road. At the end of August 2020 some models of the Apple Watch became sold out – and then Apple announced the Series 6 and Apple Watch SE two weeks later. 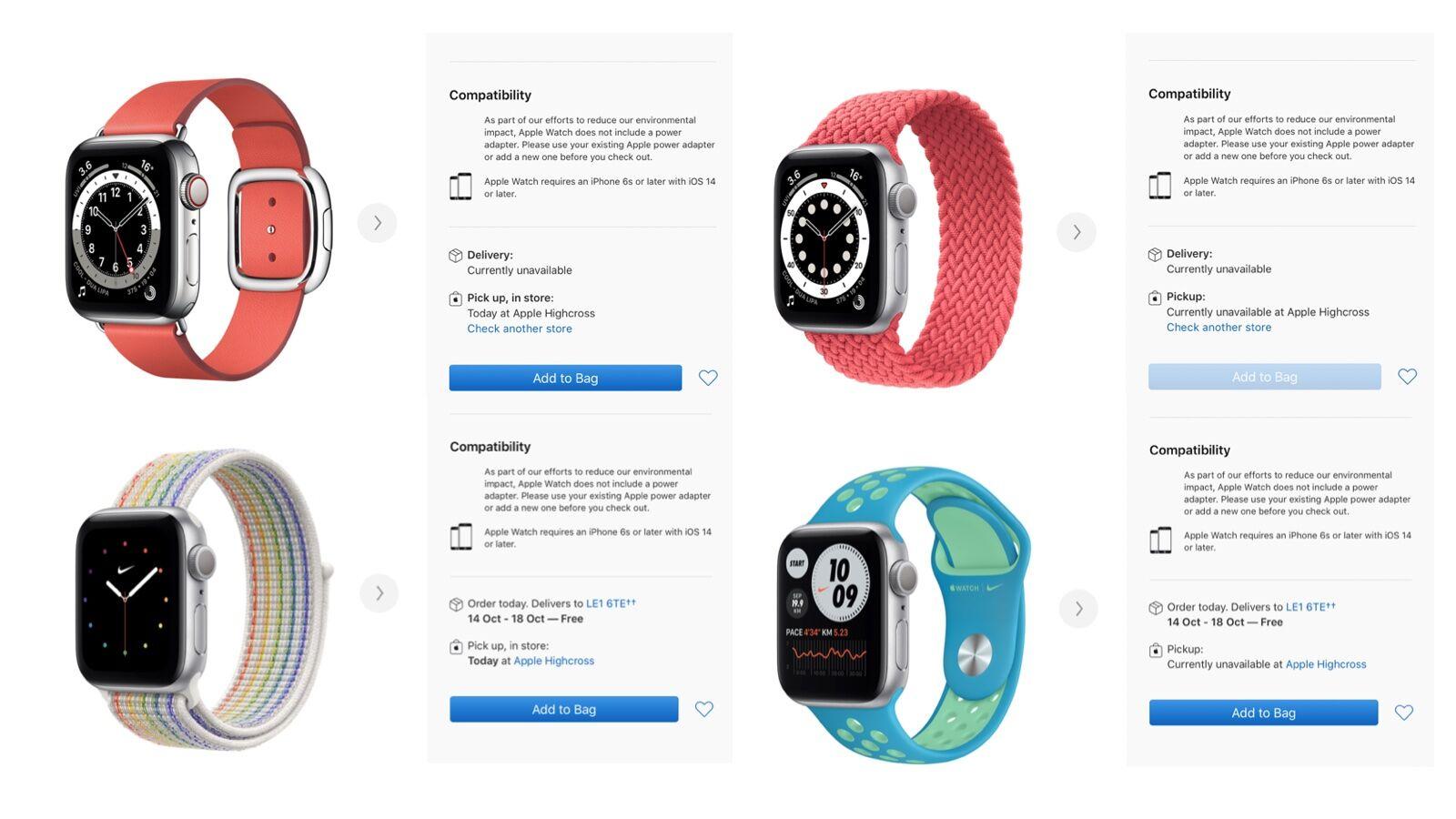 The iPad Pro could also no longer be ordered from the store at the beginning of March 2020 and almost three weeks later Apple introduced its successor.

While nobody knows when Apple will start to sell the Apple Watch 7 the promise of “this autumn”, does mean that Apple theoretically has until the end of November. The declined stocks of the current Series 6 indicate that we won’t have to wait for long for the Apple Watch Series 7.

If you are lucky you may still find an Apple Watch 6 on sale – if there are any deals available you may see them in the chart below.

Based on an article that originally appeared on

Based on an article that originally appeared on Macwelt.