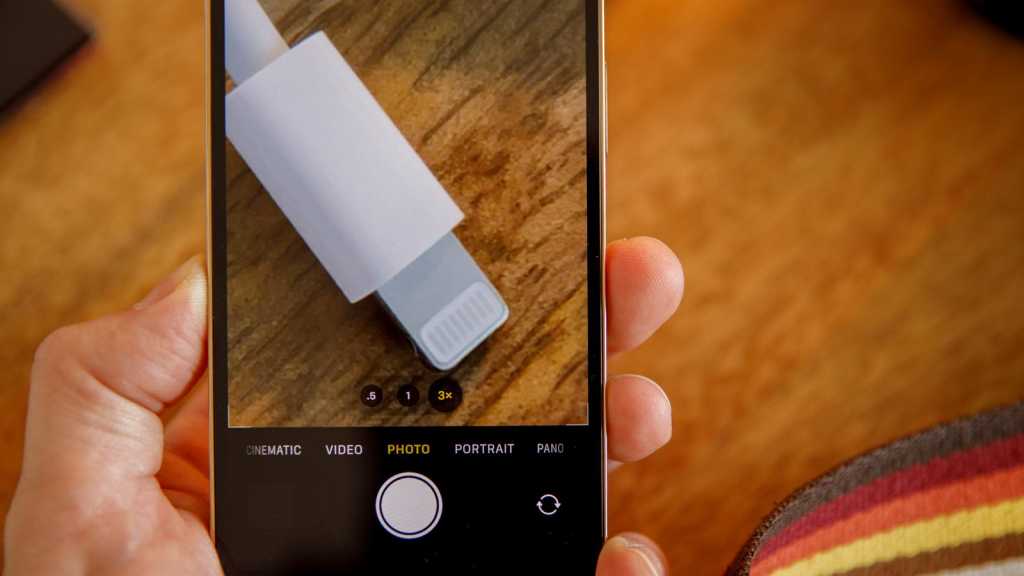 If you don’t have much time but need to get as much juice as possible into your fading iPhone, you need to know the fastest way to quickly charge an iPhone. Here we list the fastest ways to charge an iPhone from using a Lightning cable with USB-C charger to clamping a magnetic battery pack to the back of the phone.

No matter how large and durable a battery is, sooner or later it has to be charged. This can take a long time, especially with large batteries. However, you can minimize the time required if you make the most of the iPhone’s fast charging function. This means using a charger that takes full advantage of the maximum charging speed. How fast the iPhone charges depends on the model and the charging technology used. Many users prefer wireless charging, but the fastest way is still with a cable.

The fastest way to charge an iPhone: charge via a USB-C to Lightning cable

The fastest way to charge your iPhone 13 or 14 is via the Lightning port and a USB-C wall charger. In order to benefit from the maximum charging speed, you need an appropriate power supply (aka charger).

Using a technology called USB Power Delivery (USB PD) Apple’s iPhones can benefit from a “Fast Charge” when using a USB-C charger rated at 20W or higher. This Fast Charge is significantly speedier at filling the iPhone’s battery than older USB-A chargers could manage—especially the feeble 5W chargers that Apple used to include in the iPhone box.

Apple claims that such a Fast Charge will refill up to 50% of your iPhone’s battery in ‘around’ 30 minutes.

All iPhones since the iPhone 8 have supported Fast Charge and up to 20 watts (20W) of charging power, although you need to purchase a 20W adapter or higher (as Apple doesn’t include one in the box). You can buy a corresponding charger yourself from Apple or another manufacturer. Read: Best iPhone charger—which includes the following Apple models but also even better third-party chargers that are more powerful and better value.

This the minimum requirement to fast charge an iPhone.

While officially all iPhone 13 and 14 models charge with a maximum of 20 watts, according to multiple tests the iPhone 13 Pro Max and iPhone 14 Pro Max can charge at up to 29 watts, and the iPhone 14 at up to 25W—so a power supply with at least 30W could offer more than the official 20W charger from Apple. You can also use a beefy MacBook charger. It won’t charge your iPhone at 100W but you’ll get the maximum possible charge into your phone.

These iPhones won’t stay charging at 27W of power the entire time, however. It appears that 29W charging only starts when a battery is at about 10% capacity and increasing. Once the battery life is above 40%, it will charge at around 23W—apparently caused by heat build up.

USB-C vs USB-A: You probably already own an old power adapter from a previous iPhone that you’d be able to use with your new iPhone. However, how fast your iPhone charges will depend on the performance of the power supply—your iPhone will not charge as fast if you are using a power adapter with an old rectangular USB-A port, for example.

You don’t need to do anything special to activate iPhone fast charging. Just make sure you are using at least a 20W USB-C charger with a decent USB-C to Lightning cable—either the supplied Apple cable or another premium alternative. And at least a 30W charger, as explained above, is an even better choice for the very fastest charging.

Think about the length of cable you need and also consider tough cables that are nylon braided and likely to be more robust than Apple’s own.

More fast charging tips: For the fastest possible iPhone charging, you should turn the phone off—this will be impractical for most situations. So nearly as effective is to put your iPhone into Airplane Mode, enable Low Power Mode, turn down your screen brightness, and stop using it while it’s charging. That way, the phone isn’t draining its battery as fast as you are filling it. Remember that in Airplane Mode, your iPhone’s cellular data will be disabled.

Keep your charging iPhone away from heat or cold for maximum charging potential.

Finally, remove your iPhone from a case, as this will stop overheating that can also impair battery charging.

With the iPhone 12 Apple introduced a new charging product for the iPhone. MagSafe is a new standard that allows accessories, including chargers and battery packs, to be attached to the iPhone via magnets on the rear. The MagSafe charger is magnetically attached to the back of the iPhone and charges the device via induction. MagSafe has several advantages over classic wireless chargers, including that the charging performance is higher and because of the magnetic clamp the charging is up to 50% more efficient than with normal Qi wireless charging.

Via MagSafe, all iPhone 12, 13 and 14 models can charge with a maximum of 15 watts. This is twice the 7.5W speed offered by wireless charging via the Qi (pronounced “Chee”) standard that’s used on older iPhones from the iPhone 8 to iPhone 11 as well as non-Apple phones.

We have tested the best MagSafe chargers to recommend the fastest and best value. The simplest is just a magnetic pad, and you can get multi-device MagSafe chargers that can simultaneously charge an iPhone, AirPods and Apple Watch.

Note that only MagSafe-certified chargers hit the maximum 15W charging speed. Other magnetic chargers can be labelled “MagSafe compatible” but they are not certified so charge at 7.5W. That said, the magnetic attachment still makes the connection more efficient so MagSafe-compatible chargers are still significantly faster than on-magnetic Qi chargers.

Compared to MagSafe, the charging process takes noticeably longer. The maximum charging power is 7.5 watts, which is half as fast as with certified MagSafe and less efficient than MagSafe compatible chargers.

However, there are benefits: Qi chargers are compatible with almost all devices that support wireless charging. So you can provide a power source for your other devices and for your Android friend. Qi chargers are also available from many different manufacturers, here are some recommendations:

As with the latest MagSafe chargers, if you want to charge an Apple Watch and/or AirPods in addition to your iPhone, there are special Qi charging stations where you can charge several devices at the same time.

When out and about and running low on juice, a handy power bank (battery pack) is your saviour. These can be either wired so you get a fast connection via a Lightning cable, or wireless, with the same limitations as listed above.

With MagSafe, you get the option of a wireless power bank that clamps onto the back of your iPhone magnetically. This is a fast and much more convenient method of charging an iPhone on the go, and we have rounded up the best MagSafe power banks so you can choose the one that best suits your charging needs.

Since the iPhone 11, the battery life of the iPhone has increased significantly every year, but Apple made the biggest leap in 2021: The capacity of the built-in battery increased by up to 19 percent and, in conjunction with the continuous optimization of the power-draining components, this meant noticeable improvements in battery life for iPhones.

The 13 and 14 Pro Max iPhones, which have the biggest battery of all due to its size, can power through up to 25 hours of streamed video playback (according to Apple’s tests). When streaming video the battery life of the 12 Pro Max was only 12 hours.

Our own tests, which put a significant strain on the processor, also prove that the latest iPhones are battery monsters. The iPhone 13 Pro Max ran for 11 hours 41 minutes (701 minutes). This was three hours longer than the iPhone 12 Pro’s time (8 hours and 41 minutes, or 521 minutes), which was already very good. The iPhone 14 Pro Max‘s battery is slightly less powerful but still offers around the same capacity.

Which iPhones can be Fast Charged?

The newer the iPhone, the faster it is likely to charge.