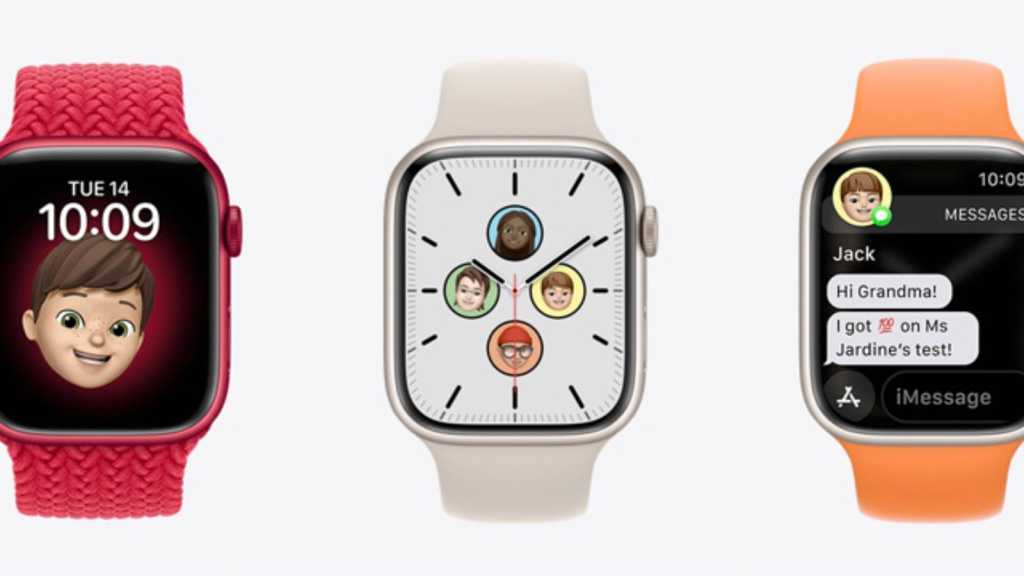 The new Apple Watch Series 7 is available to pre-order from 8 October 2021. It isn’t exactly what was expected – there were lots of rumours before the launch that suggested that Apple would be making some big design changes this year. When the new Watch 7 launched it turned out the only design changed was a slightly bigger screen. But that doesn’t mean you shouldn’t get one. Here are five reasons why an Apple Watch Series 7 is worth purchasing.

For the sake of a balanced argument we also look at why you might not want to buy the new Series 7 in a separate article.

Here are our five reasons to buy the Apple Watch Series 7.

The leaks were wrong about the design of the new Apple Watch, but this is nothing new (we are still waiting for the Apple Television set and the iRing). Does this mean that the rumoured design would have been better than the design we have? Maybe not.

It could be that the square design that Apple had considered (and was leaked) was eventually discarded by Apple because it just wasn’t comfortable on the wrist: A smartwatch lies much more directly on the body than a smartphone, the way the edges of the Watch touch our skin are crucial for comfort. A more angular Apple Watch may just not be comfortable to wear. Not everything that looks beautiful is comfortable – just take high-heels and skinny jeans as an example!

The Apple Watch Series 7 comes in two screen sizes: 41mm and 45mm. This is fractional bigger than the Apple Watch 6 and SE which are both 44mm or 40mm. Older Apple Watches, like the Apple Watch 3, are 42mm or 38mm. Apple described this as 20 percent more display in the keynote, which sounds a bit better than 1mm, however, the extra 1mm shouldn’t be discredited – and it’s more than 1mm if you are comparing to older Apple Watches. For example, a smaller Apple Watch 7 is 41mm which compared to the larger Apple Watch 3 (42mm) means that you can basically get the smaller watch (which costs less) without having to forfeit screen size.

That extra 20% for the display also means there is enough space for Apple to add an onscreen keyboard (although we feel that this is something Apple should add as a software update on the other Watches). Anyone who answers messages, or has any other reason to type, on their Watch will appreciate this new way of entering text. 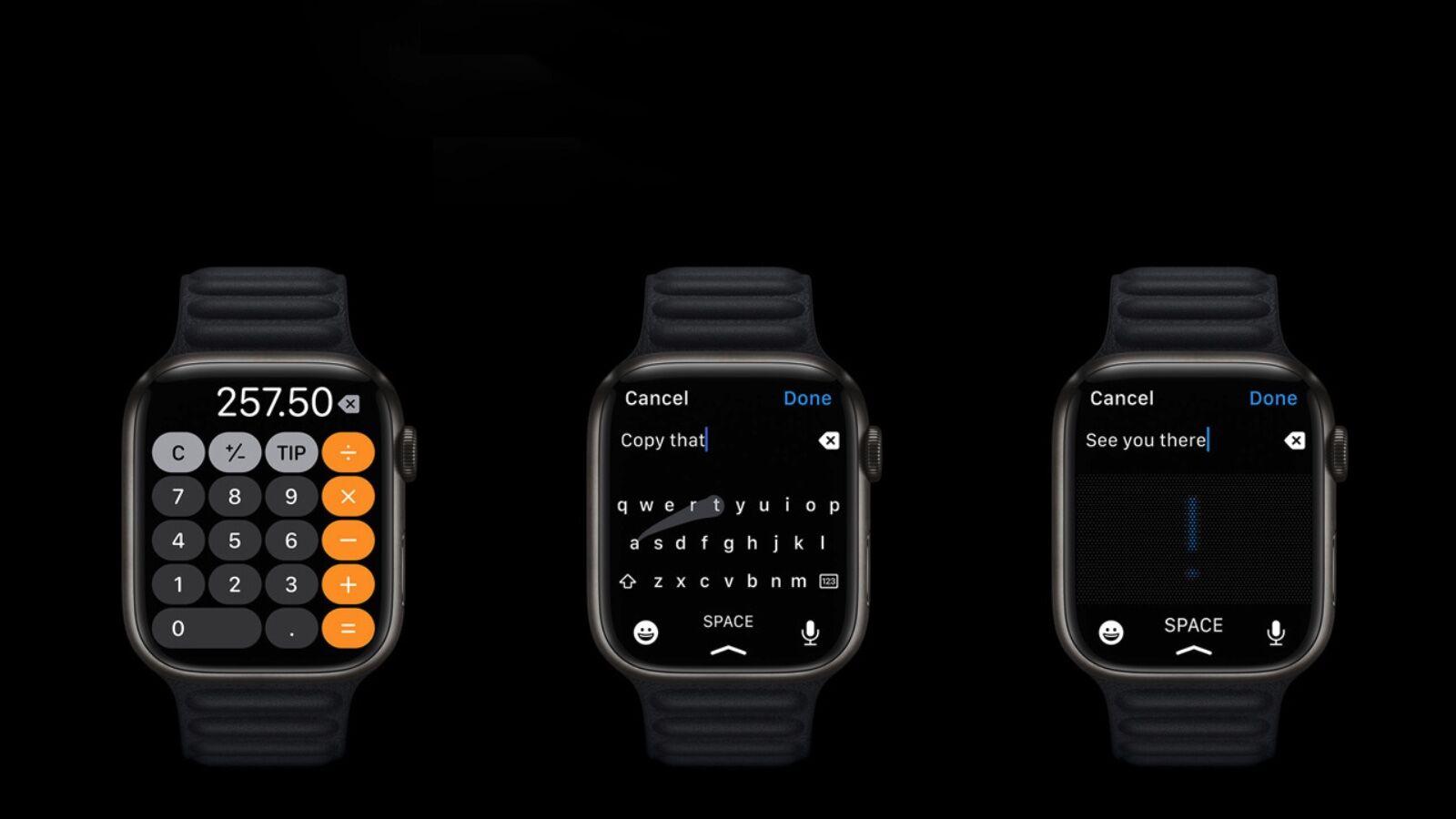 One of the frustrations of the Apple Watch has always been the fact that you need to charge it at least every couple of days. The need to charge it is perhaps less of a concern than the amount of time it takes to charge though. Here’s where the Apple Watch Series 7 comes in with the promise of faster charging – from zero to 80 percent of the battery within 40 minutes. This means you could wear it when sleeping, then pop it on the charger while you showered, have breakfast and then grab it when you left for work.

And if you get home at the end of the day with little charge left that doesn’t mean you can’t still wear the Apple Watch Series 7 for sleep evaluation. Apple claims that eight minutes on the charger will be enough for eight hours of sleep evaluation.

With the leaks around the new case design, there were fears that the original straps would not fit the new Apple Watch. With some Apple Watch bracelets costing hundreds of pounds/dollars there is a group of people who will not relish having to purchase a new bracelet, while others like to have multiple Apple Watch straps to combine with different outfits.

It would have been a pity if Apple made older straps obsolete with the new generation – not least because of the environmental implications. The good news is that all Apple Watch straps are compatible. Read: Do new Apple Watch straps fit all models?

This is a perk available when you buy any Apple Watch, but it’s still a good reason to update to the Watch Series 7. Everyone can try out a subscription to Apple Fitness + for one month, but if you buy an Apple Watch you qualify for three months free (which is probably long enough to make a bit of a difference and maybe even get used to sticking to a new regime).

People have apparently gained an average of 5kg due to the Coronavirus pandemic, so with three months of Fitness+ you might be able to make a difference to that figure.

If you decide to buy the Apple Watch 7 check the deals below to see if anywhere is selling it for less than Apple.