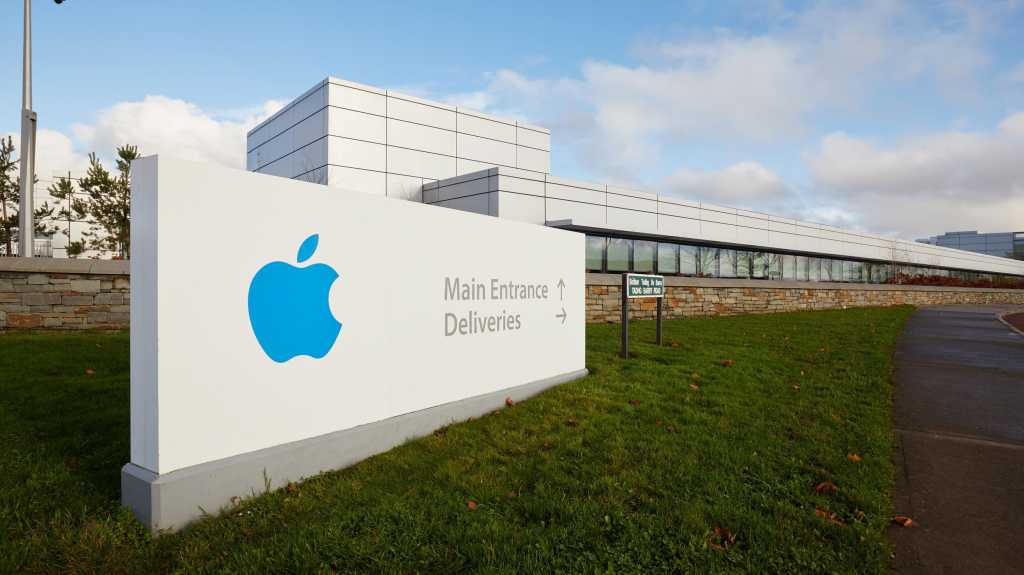 Apple and many other multinationals benefit from the low taxes for companies in Ireland. But that looks set to change soon.

On Thursday 7 October 2021, the Republic of Ireland announced that it would approve a new OECD agreement (Organization for Economic Cooperation and Development) and thus abandon status as a tax haven for multinationals.

This will bring to an end to the country’s 12.5% tax rate that has applied since 1 January 2003. Ireland is the European headquarters of many large corporations, including Apple and Google. The low taxes for companies have given the Republic a significant advantage over other European countries.

Apple has been represented in the country with a branch since 1980. Whether the change means that Apple will move its HQ out of Ireland following the change remains to be seen. In a press release in November 2020 Apple celebrated 40 years of the Cork campus where it employs more than 6,000 staff.

The company describes the site, stating that the “original manufacturing facility has expanded and is now part of a campus that includes AppleCare, Operations, Logistics, and a variety of other teams staffed by a diverse group of employees representing over 90 nationalities.”

How tax will change in Ireland

The OECD is an international association of 38 member states that seeks to advise and coordinate on issues of democracy and economic development. It consists mainly of industrialised countries with a high per capita income.

The new agreement lays down certain basic guidelines regarding the tax policy of the signatory nations. It includes a minimum tax rate of 15 percent for multinational companies whose global turnover exceeds 750 million euros (£636/$867 million). For smaller companies, the currently valid 12.5 percent will continue to apply in Ireland.

Ireland was initially one of nine member to have resisted the agreement, however, its cabinet signed off the deal on 7 October.

Ireland is the European headquarters of many large corporations, including Apple and Google. The low taxes for companies have given the Republic a significant advantage over other European countries, Apple has been represented in the country with a branch since 1980.

According to information from the Irish government, the new regulation will affect around 1,500 foreign corporations. The government does not fear a mass flight of companies from the country, as it indicated to The Guardian. Back in 2015, a significant loophole in Irish tax legislation was closed without multinationals leaving the country.

In the past, companies have been able to save billions in taxes by using certain regulations in Irish legislation – some times referred to as the ‘Double Irish’. For this purpose, revenue from many countries was channeled through owners in Ireland and the Netherlands (known as a Double Irish With a Dutch Sandwich).

AppleInsider refers to experts who estimate that Apple alone saves around $9 billion in taxes annually through this system.