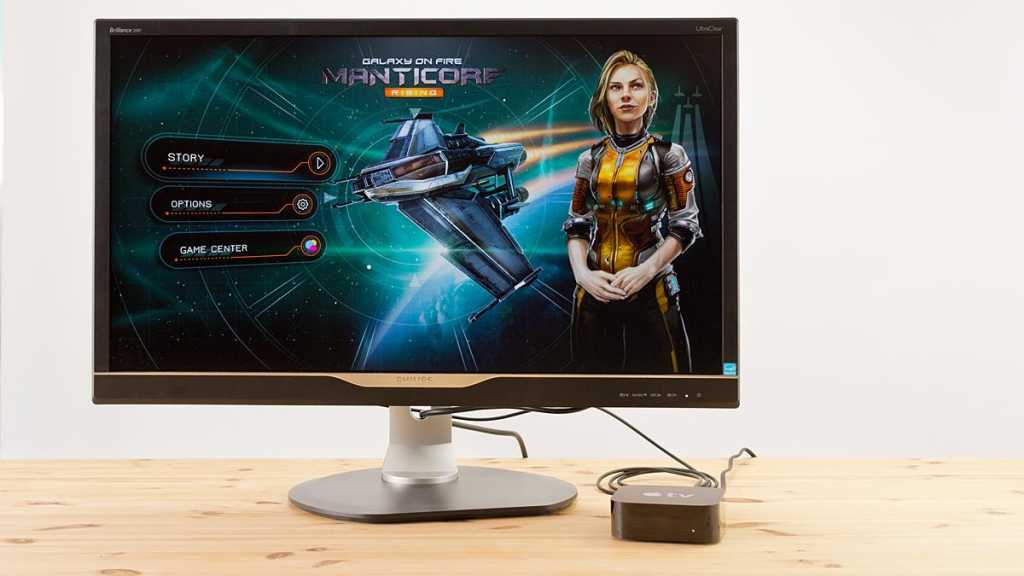 According to the latest report from iDropNews – and based on “new info that I have sourced”, in the vague words of the author – a new model of Apple TV is in development. It sounds like this update will encompass far more comprehensive changes than we saw last time.

The new model is said to have a revamped and flatter design that will match Apple’s latest iteration of the remote. The top will be made of plexiglass, the report claims; compared to the current model, it will be significantly thinner.

“I do not know if they will add fun colours to it like they have done [with] the iPad Air and AirPods Max,” writes the report’s author, “but it will have the same dual-tone design as the new Mac mini and look similar to its original counterpart – just smaller and have that futuristic design language.”

Otherwise, the report predicts that the new Apple TV will feature a more powerful processor (probably the A14 featured in the iPhone 12 handsets and the current iPad Air), specifically chosen to allow owners to play more demanding games than is possible with the current models. Indeed, it’s increasingly looking like the next version of the Apple TV will turn out to be the ‘Apple games console’ that has been so eagerly rumoured.

To go with this gaming focus, we are led to expect a new controller, which should boost interest in the Apple Arcade gaming service another notch. (This is something that Jon Prosser was predicting last summer.)

In addition, it may be possible to double the Apple TV’s maximum amount of storage space to 128GB (the current options for the 4K model are 32GB or 64GB, while the HD version is only available with 32GB), allowing more apps and games to fit on the device.

Most likely, the new model of Apple TV will be launched some time in 2022; you can catch the latest leaks and rumours in our regularly updated new Apple TV hub. If you don’t want to wait that long, pick up a bargain on the current range with our guide to the best Apple TV deals.