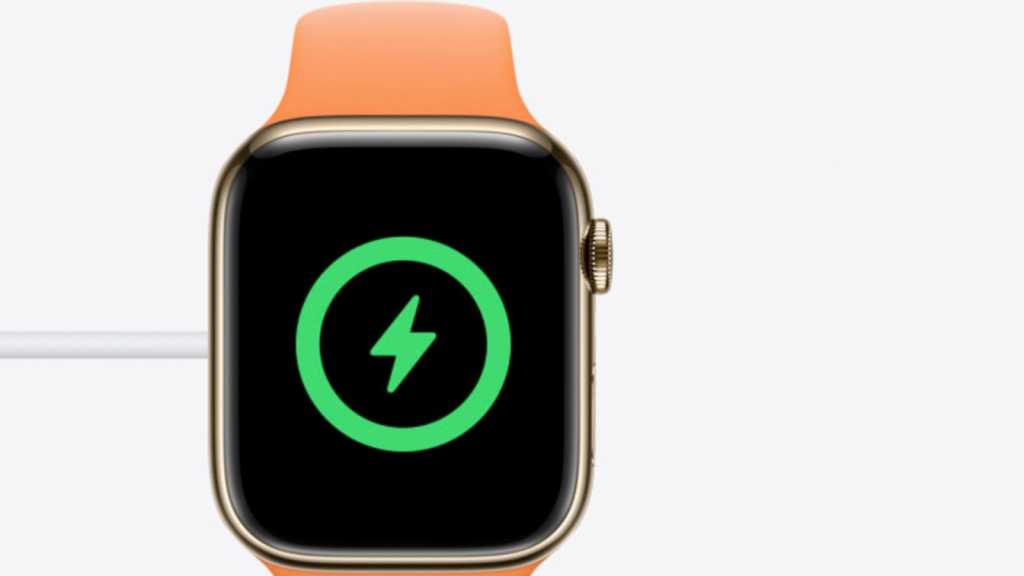 Apple has promised a fast charging function for Apple Watch Series 7. The company specifies that, with the necessary equipment, the watch can charge from 0 to 80 percent in just 45 minutes.

Unfortunately only Apple Watch 7 will be able to charge this fast.

What you need to fast charge Apple Watch 7

You need a new MagSafe cable with a USB-C connector. You can buy this from the Apple Store here.

You will also need a USB-C plug offering 18W, 20W, 29W, 30W, 61W, 87W or 96W. The smaller Apple plugs with 5W or 12W only offer the USB-A outputs and are therefore not compatible with the MagSafe cable. You can buy them from the Apple Store here, or seek out a third-party manufacturer. Apple makes the following specifications for the third-party adapters in a support document: The plug with a USB-C input must provide at least 5W of power. Here is a selection of USB-C chargers with the necessary specifications:

…Or a device with a USB-C port

If you do not have a suitable USB-C power supply at hand, you can use the USB-C cable to charge your Apple Watch via any of your devices that have a USB-C input. For example, many recent Macs can serve as a charging station including: MacBook Pro (2016 and later), iMacs (2017 and later), MacBook Air (2019 and later). You can also charge the new watch via the newer iPads (except the entry-level iPad). Any iPad with a USB-C input will be suitable for this: 12.9in iPad Pro (third generation onwards), any 11in iPad Pro, iPad mini 6 and iPad Air 4.

Can you use the old cable?

If you have an old Apple Watch charging cable you will still be able to use it with the Series 7. (In fact we recommend that, if you are returning an older Apple Watch to Apple for recycling or trade-in, you should keep the old cable. However, you won’t be able to take advantage of the newer fast charging function with this older cable. Expect the charging speed to remain at the same level as Apple Watch 6.