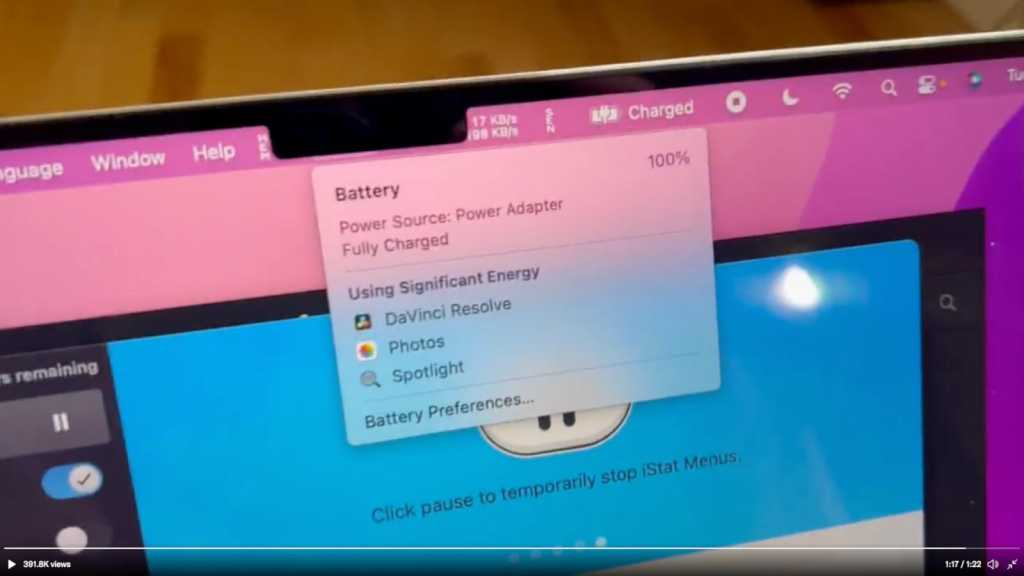 A little over a week after they were first announced, the 2021 MacBook Pros are starting to be sold and delivered to the first customers. The first reviews have been lyrical, with few things to complain about – until now.

With so much secrecy surrounding the launch and its dramatic redesign, it’s perhaps not surprising that one or two bugs in the operating system related to the controversial notch have slipped through. And as it turns out, the developers who create menu bar applications – the icons on the right of the top bar that can be shortcuts to settings and other information – don’t seem to have been informed about the notch.

Quinn Nelson, who runs the YouTube channel Snazzy Labs, has shared a pair of videos showing what happens when you have so many menu bar apps that they reach the notch: they disappear behind it. You can still view their menus by clicking another icon and moving the pointer “behind” the notch, but the behaviour is an obvious bug as the menus on the left don’t behave that way at all.

“The answer is, fricking nothing! Look at that: there is stuff behind the [notch] that I can’t see!”

When an application has so many menu items that they fill more than the space to the left of the notch, the system automatically moves the remaining menus to the right of it. In such applications, you can no longer move the cursor behind the notch; it skirts around the edge.

Now it remains to be seen whether Apple’s fix for the amusing bug will be to simply not allow any more menu bar applications than will fit to the right of the notch, or whether these too will spill over like the lefthand menus but in the other direction.

Nelson is audibly incredulous throughout the videos, seemingly caught between amusement and horror that such an embarrassing bug would have made it through the beta testing process. “I can’t even believe this is real!” he says.

For more complaints about the notch, read Why must you torment us with another notch, Apple?