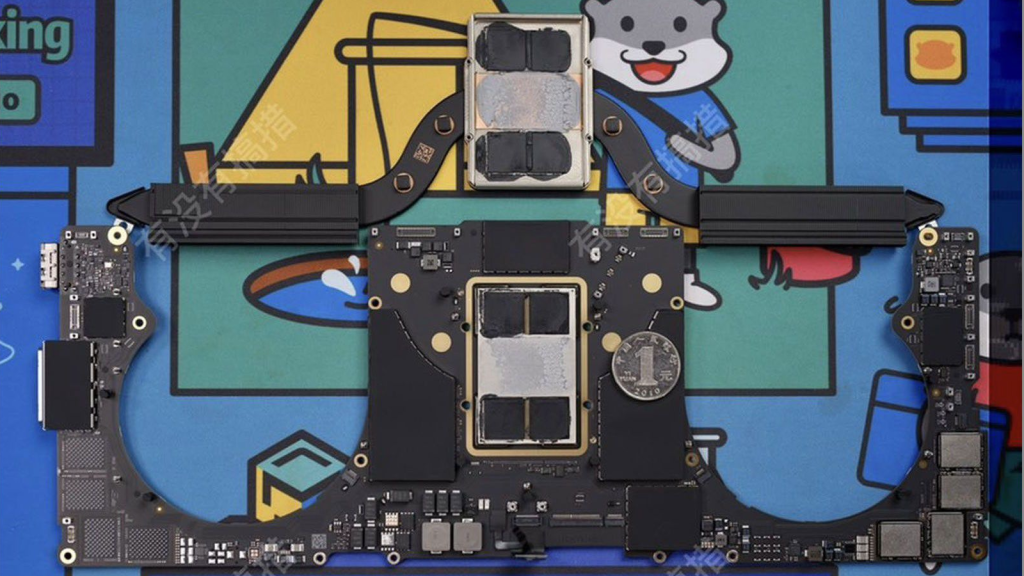 The 14in and 16in MacBook Pro sit at the top of the MacBook family thanks to the new M1 Pro and M1 Max chips. They can even compete with desktop PCs featuring full high-end equipment, according to Apple.

The first look at the new MacBook Pro

Reddit user the_Ex_Lurker has got his hands on a 14in MacBook Pro and has opened the device and shared initial insights on Reddit.

According to the the_Ex_Lurker, on the inside the Macbook Pro is identical to the Pro models from 2012-2016.

As usual Apple uses Pentalobe screws and clamps, so special tools are required to get inside the MacBook. One of the first things that stand out is that the six batteries are not glued in the housing, but are attached by means of adhesive pull tabs. This is great as it should make it possible to replace the batteries if necessary – something that is likely to improve the repairability of the device and lessen its environmental impact. [Update iFixIt has made the following observation, read: iFixit: New MacBook Pro easier to repair]

The connection cables between the peripherals and the motherboard can also be easily replaced, explains the poster. The keyboard, however, is installed in the unibody housing and is likely to be quite difficult to replace.

Both MacBook models have two fans installed, which, according to the Reddit user, are slightly larger than the 13in model with M1 from 2020, but slightly smaller compared to the 15in model of 2016. the_Ex_Lurker posts the images, including the one below, here. 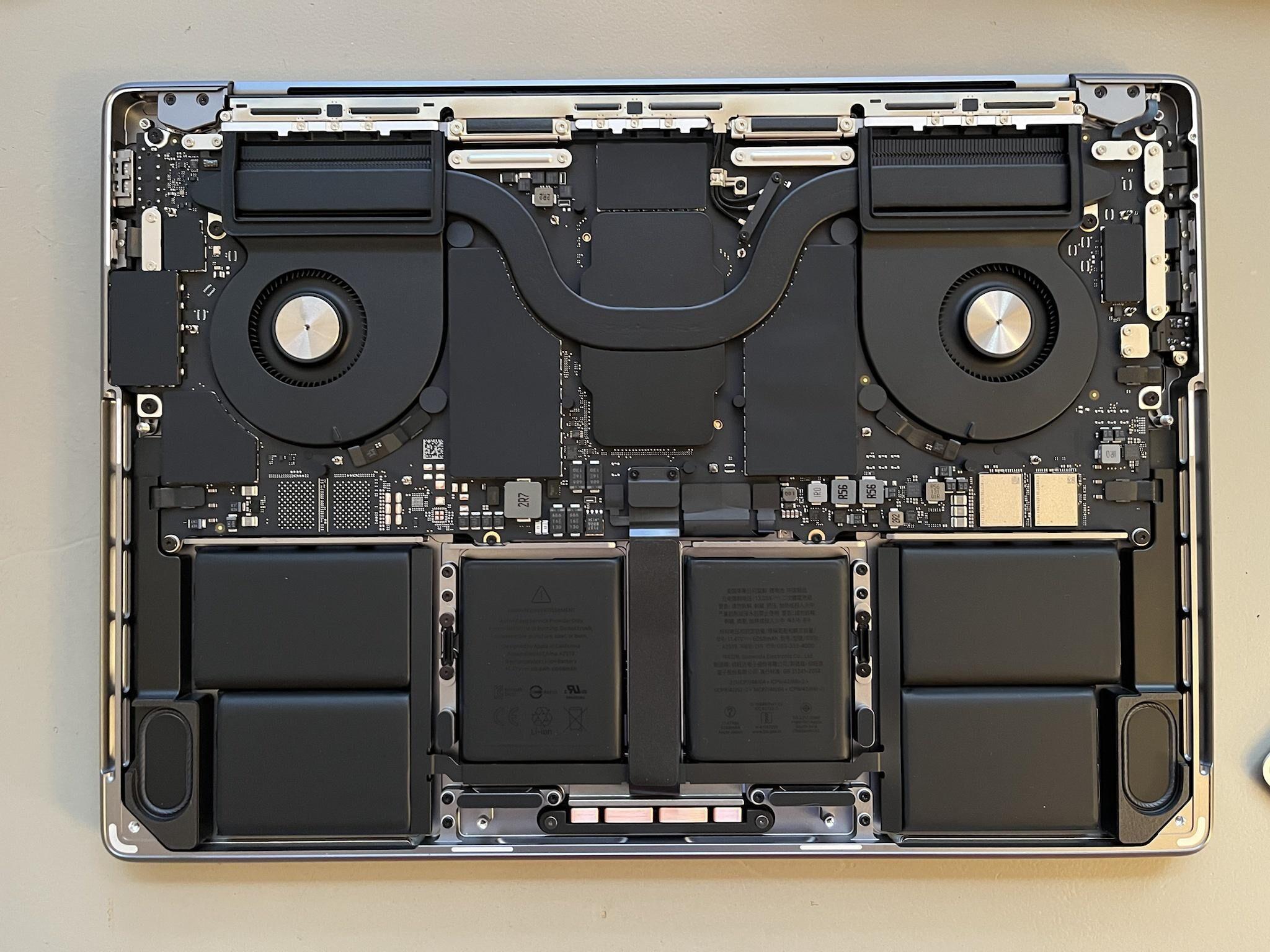 The well-known leaker L0vetodream has also taken a close look at the interior of the 16in MacBook Pro with M1 Max. Particularly striking is the size of the new SoC, which occupies a large part of the motherboard. For a better assessment of the size, you will see a 1-yuan coin in the picture, the size of which corresponds approximately to a £1 coin.

Another picture shows the fans connected to each other with a thermal conduction tube. L0vetodream praises that the design is relatively modular and thus allows easy access for repairs.

The repair specialists at iFixit, who score one to ten points in terms of repairability, have started working on their teardown including repair instructions.