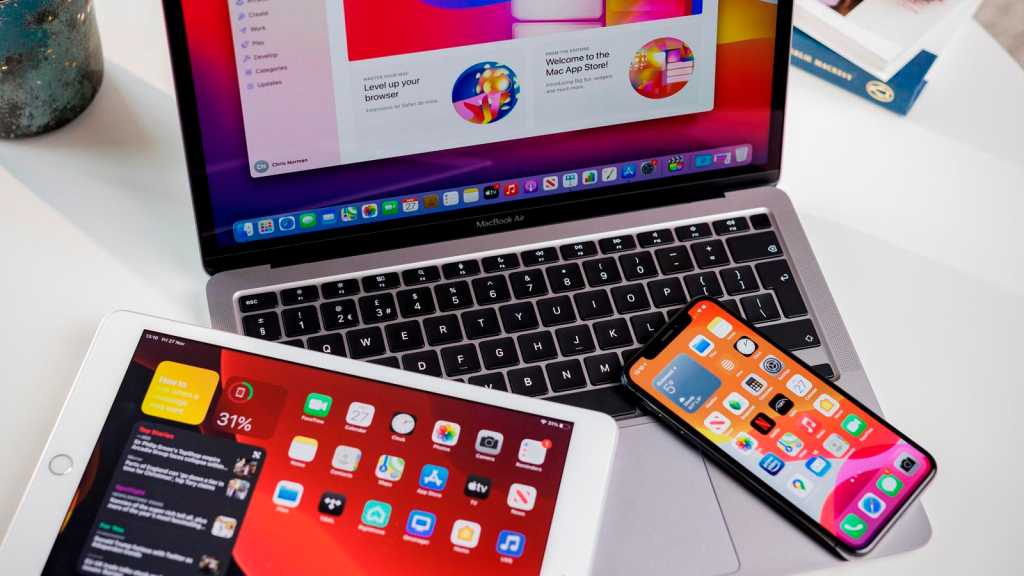 Apple had a huge September and followed it up with a huge October. Across the two months we’ve seen the launch of new iPhones, iPads, Apple Watches, MacBooks and AirPods, along with smaller announcements such as new HomePod mini colours and a voice-only subscription tier for Apple Music.

The question now is what Apple has for an encore. Will it make it three events in three months, as it did across September to November in 2020? Is there anything left to announce? Are we going to see new iMacs and Mac minis? Is the next version of the AirPods Pro ready for the limelight? What about the next iPhone SE and iPad Air?

We’ll be honest right up front: there’s a better than evens chance, according to pundits in the know, that Apple has finished its announcements for the year and won’t grace us with another event in November (or December, for that matter). This could be a blank month with no Apple launches.

But hope springs eternal, and in this article we’ll run down the various products that are due for an update, and assess their chances (out of 10) of getting one in November 2021. You’ll notice that the probabilities are lower than in most of these articles; that’s an honest reflection of our current pessimism.

The Air was one of the earliest beneficiaries of Apple’s all-conquering M1 processor last November, although that has since itself been eclipsed by the M1 Pro and M1 Max in the 2021 MacBook Pro. Could Apple celebrate its birthday by unveiling an updated model?

A new MacBook Air with mini-LED and a major redesign – new colours, more ports, and an end to the classic ‘wedge’ shape – is believed to be in development, but it’s unlikely to be ready in time for November. The mini-LED Air is expected to launch in 2022.

Keep up with the latest rumours with our new MacBook Air hub.

As was the case with the MacBook Pro, this one is complicated: rather than a single line that can be depended on to update once a year, the iMac is really split into a lower-priced model for consumers (that’s the 24in model that came out in April) and a premium 27in model for pros.

Right now the larger iMac is still equipped with Intel chips, so it’s sorely in need of an update. This one could happen, although the relative lack of leaks suggest it isn’t sufficiently advanced for a launch this year. We don’t expect to see a new larger iMac – maybe 30in, or event 32in – until March or April 2022 at the earliest.

Probably the best hope in this roundup: we genuinely thought we’d get a new Mac mini at Apple’s event in October. Maybe there wasn’t time, and Apple will slip this one out in a press release in November. More likely, sadly, is a launch after the turn of the year.

Writing near the end of August, Bloomberg reporter Mark Gurman predicted the new Mac mini would launch “in the next several months”, a wonderfully vague prediction which could apply to a hail-Mary launch in November or December (much like the AirPods Max at the end of last year) but might be more realistically applicable to the spring of 2022.

Rather than replacing the M1 mini that was launched last year, the next model will sit alongside it as a more powerful alternative. The old Intel mini will be quietly ushered out of the door at the same time. The mini could also get a redesign, with leaker Jon Prosser predicting that the 2021 model will be significantly thinner than the current one and feature a “plexiglass-like” top.

Get the latest info in our new Mac mini hub.

Always the dark horse stalking in the background, the Mac Pro is guaranteed to instantly eclipse any other Mac released in the vicinity, which could explain why it wasn’t unveiled alongside the new MacBook Pro. But it’s also very unlikely to be slipped out in a press release, which is why we don’t expect the updated Pro to appear this year.

Get the latest leaks and rumours in our new Mac Pro hub.

The October event, a decent proportion of which was devoted to the launch of the AirPods 3, was an obvious opportunity to talk about AirPods Pro if Tim Cook had a pair in his back pocket. But on the other hand, like the Mac Pro mentioned earlier, the next version of the AirPods Pro will instantly ruin the aura of its cheaper sibling and make it look distinctly small-time.

Regardless of such strategic considerations, we don’t think the new AirPods Pro are ready yet. They’re expected to land in early 2022.

Get the latest news and details in our new AirPods Pro hub.

The new iPad Air – definitively the next cab on Apple’s tablet rank, in the wake of updates to the other four iPads in 2021 – would be an unexpected arrival in November or December, since it would have fit in more organically with the other tablets announced in September. Supply-chain reports, in fact, suggest 2022 is more likely.

More info can be found in our new iPad Air hub.

No no no. This won’t appear until the spring 2022 at the earliest. Apple won’t cannibalise sales of its iPhone 13 models with a new cheaper upstart so soon after their launch.

Back in May we covered reports that a new iPod touch was in development. At the time this was predicted to launch in autumn 2021, which would fit with a November launch.

It feels a little like a forgotten product – the 7th-gen model came out in May 2019 – but bear in mind that the AirPods 2 are older and they got an update in October. This could happen.